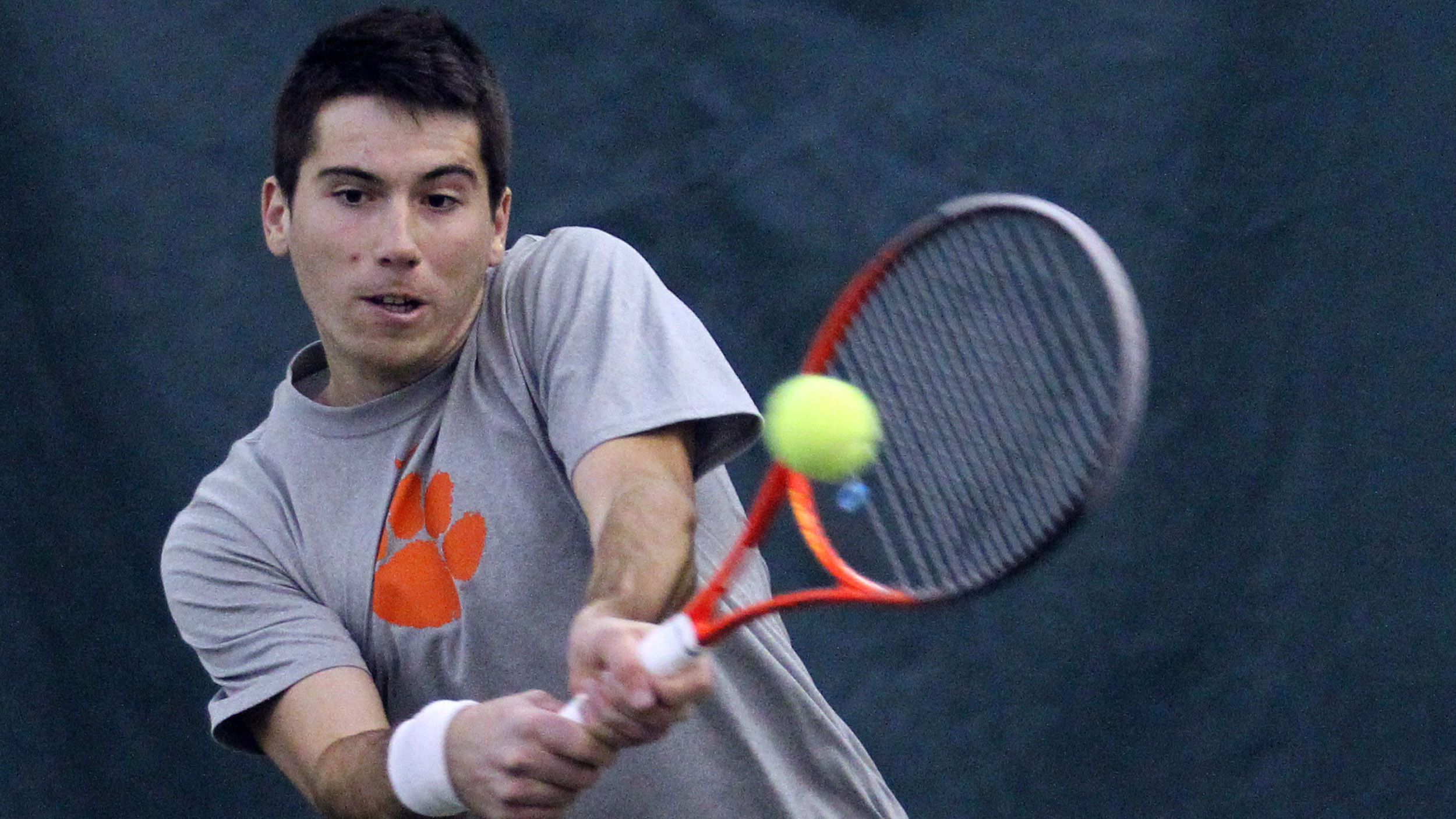 OXFORD, MS – Clemson’s Fernando Sala defeated Zach Wilder of Mississippi 6-5, 6-4 at number-six singles in clinching the match and leading #25 Clemson to a 4-2 upset win over #10 Mississippi 4-2 in the ITA Men’s Tennis Kickoff Weekend Tournament at the Gillom Sports Center in Oxford, MS Sunday.

Today’s match was part of the ITA Men’s Tennis Kickoff Weekend. Across the country 60 teams started play in this tournament in 15 regions. From this region in Oxford, MS, Michigan and Illinois will play later this afternoon to see who will advance to the ITA National Team Indoor Final 16 in Houston, Texas Feb. 14-17. Clemson and Mississippi both lost yesterday and were playing in the consolation match.

After winning the doubles point, the Tigers’ momentum carried into the single competition. Clemson’s Dominique Maden upset #104-ranked William Kallberg of Mississippi 6-2, 6-4 to take a 2-0 lead in the match.

The Tigers clinched the match when Sala claimed his match over Wilder at number six singles 6-5, 6-4 giving Clemson the 4-2 victory.

“This was a great win for us,” said McCuen. “Our young guys are competitors and they are a talented group. I am very happy for our players and for our fans. This was a great team win.”