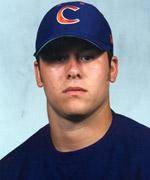 Clemson only managed two runs on 13 baserunners and committed five errors in a 3-2 loss to #24 Central Florida on Sunday afternoon in front of 3,096 fans at Doug Kingsmore Stadium. Clemson dropped to 30-18 with the loss, while UCF improved to 37-11 for the year.

Steven Jackson suffered the loss for the Tigers, falling to 3-3 for the season. Josh Cribb pitched 4.2 hitless and scoreless innings in relief with seven strikeouts. Darren Newlin recorded the win for the Golden Knights and remained undefeated at 3-0 for the year. Newlin scattered seven runs and two walks while allowing just one run in 5.2 innings pitched. Mike Billek pitched 1.2 hitless and scoreless innings to earn the save, his first of 2004.

Central Florida took advantage of Jackson’s early control problems with a run in the first inning. Matt Ray and Dee Brown were both hit by pitches and Ryan Bono walked to load the bases with one out. Ray scored on Drake Wade’s chopper to the second baseman.

The Golden Knights added two runs in the fourth inning to take a 3-0 lead. Chandler Rose led off the inning with a single to left-center. Kevin Richmond then chopped a one-hopper to Andy D’Alessio at first. D’Alessio touched first base then threw to Russell Triplett at shortstop. But Triplett dropped what would have been out #2, allowing Rose to advance to third base. He later scored on Drew Butera’s single to left field. Butera advanced to second when the left-fielder Tyler Colvin mishandled the ball on the play. He then scored on Jon Cooper’s single through the right side.

Clemson scored a run in the bottom of the fifth inning to cut UCF’s lead to 3-1. Tony Sipp doubled down the right field line with two outs and he scored on Travis Storrer’s single to right-center.

The Tigers scored another run in the bottom of the eighth inning. Andy D’Alessio advanced the runners with a sacrifice bunt and Santangelo scored on Triplett’s fly ball to deep center field. But Garrick Evans was unable to tie the score, as he flied out to right field. The Tigers hit several deep fly balls that were held up in the stiff breeze blowing straight in that would normally would have fallen behind the outfielders for hits.

Andy D’Alessio each added two hits. Clemson outhit the Golden Knights 9-6 and for the second-straight game (both losses) left more men on base. Clemson’s five errors helped make only one of the three runs allowed earned. Golden Knight hurlers also struck out just one batter on the afternoon.

Clemson plays host to the Furman Paladins on Tuesday, May 11. First pitch is scheduled for 7:15 p.m. The Tigers last home game is on Wednesday, May 12 against the College of Charleston. Game time is set for 7:15 p.m.