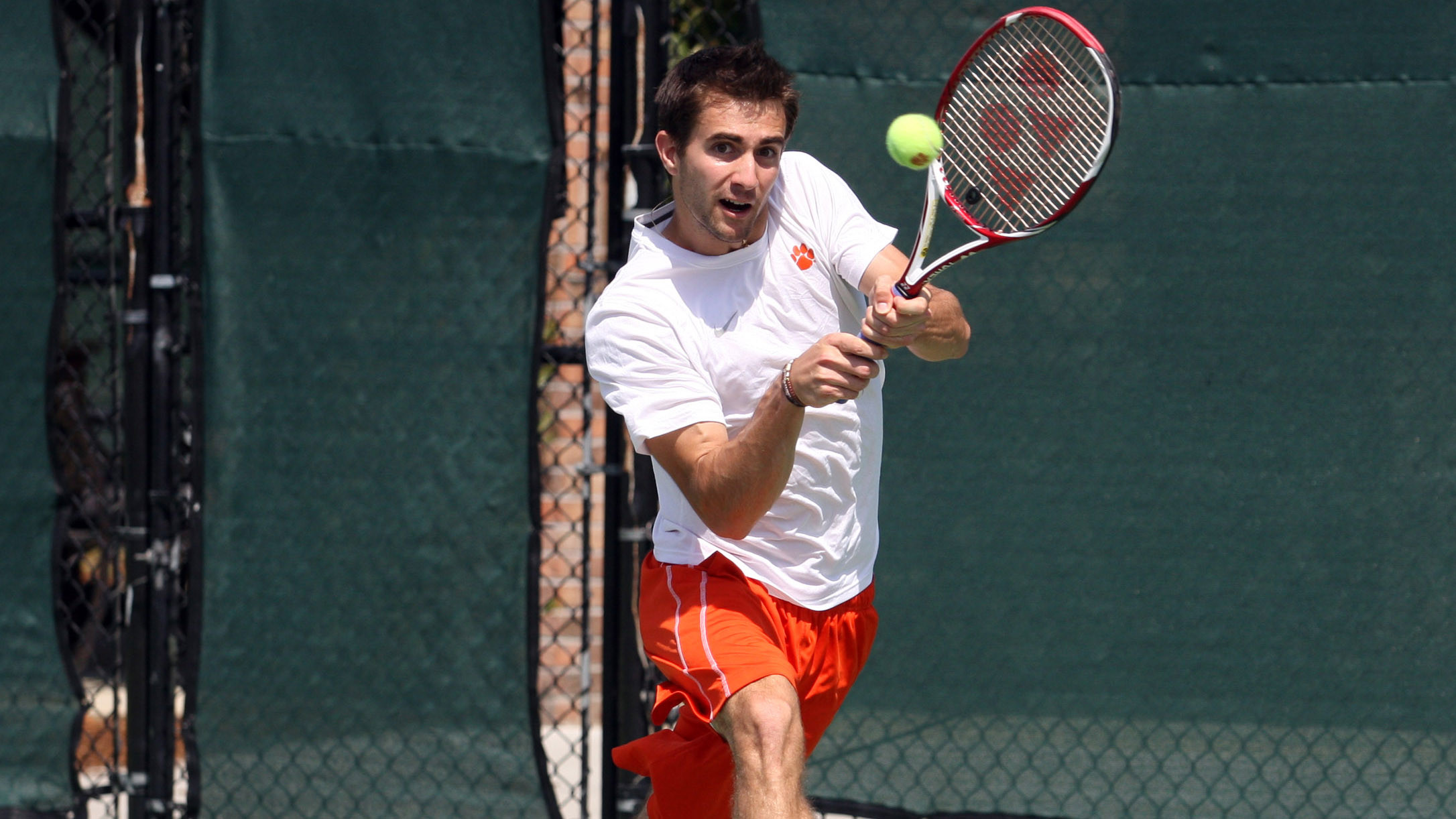 CLEMSON, SC – The 23rd-ranked Clemson men’s tennis team will open its 2014 season Friday afternoon as the Tigers entertain Furman at 4:00 p.m. at the Hoke Sloan Tennis Center. The match will be played at the indoor facility.

Clemson finished the 2013 season with a 19-8 record overall and advanced to the second round of the NCAA Tournament. The Tigers finished the season ranked 21st in the final 2013 ITA poll.

Clemson has won its season opening match for the last 11 years.

The Tigers return three starters from the 2013 season. Senior Dominique Maden returns after earning doubles All-America honors. Junior Hunter Harrington also returns from the 2013 season after being named All-ACC. Sophomore Austin Ansari played at number-six singles last season and had an impressive 17-9 record as a freshman.

The doubles team of Harrington and Daniel Strawn is ranked 42nd nationally. Strawn is an incoming freshman.

This will be the 97th meeting between Clemson and Furman on the tennis courts. The Tigers lead the overall series 77-18-1. The first match occurred on April 17, 1923 as Clemson defeated the Paladins 3-0 in a match played at Tigertown.