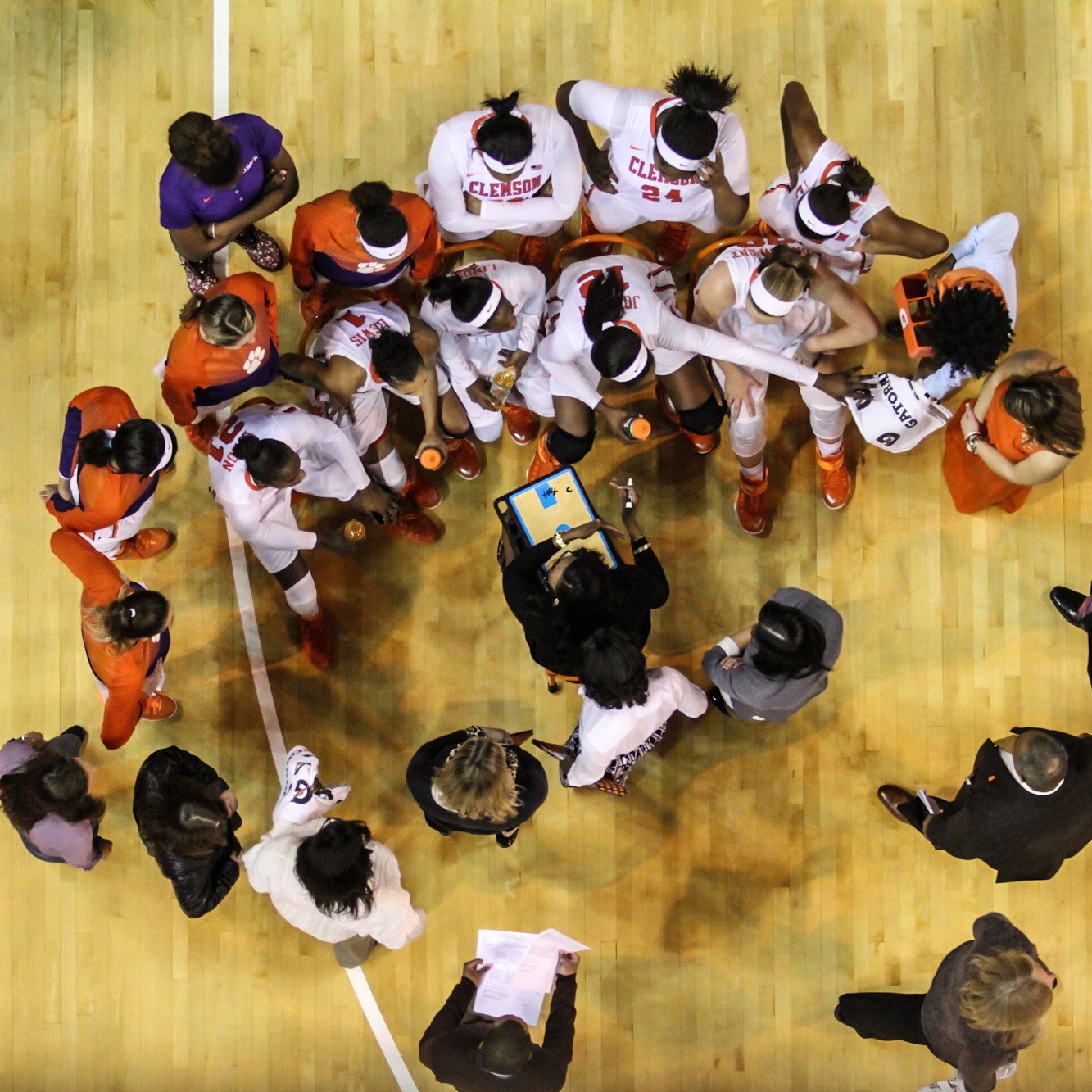 #22 FSU Pulls Away from Clemson

The loss was Clemson’s first at home this season in ten appearances, snapping the best home start since 1997-98.

The Tigers trimmed an 11-point Nole lead to one just after halftime after a 7-0 run, as the teams traded scores for the first eight minutes. With Clemson trailing, 43-40, with 12:30 to play, Florida State scored the next 16 points to blow the game open. The Tigers went 0-3 from the floor with four turnovers during the run, which saw FSU score on seven of eight possession, the back-breaker coming on a third-chance three-pointer with 9:41 to play. It was all Florida State from there, as Clemson fell to 24-23 against the Seminoles all-time.

Clemson travels to Raleigh to take on NC State on Saturday at 2 p.m. The Tigers will also make a stop to the Kay Yow Museum on the trip up on Friday.

“I knew we were going to have a tough time against Florida State. We did a great job bringing it within three, but we took our foot off the gas, and they put their foot on the gas and we weren’t able to bounce back. Free throws are important for us, and we didn’t shoot them well tonight. We weren’t able to come away with this one, but there are a lot more games to play. It doesn’t get any easier for us. We’ve got to go on the road and face a really good NC State team, so we have to just keep teaching and keep moving. The biggest part for us down the stretch is our defense and our effort.”

Kelly Gramlich At the Buzzer

The Clemson Tigers hung tough with the #22 Florida State Seminoles for 30 min (¾ of the game) but could not overcome a 16-0 Seminole run in the middle of the second half, which inevitably put the game out of reach for the Tigers. Senior Nikki Dixon (17 pts) continued her stellar ACC play, and has now led the Tigers in scoring in all three ACC contests with an average of 18.3 ppg. Sophomore Tiffany Lewis contributed significantly on the offensive end, scoring 14 points and shooting 3-6 from behind the arc. The Tigers are going to need strong offensive performances from youngsters like Lewis in order to continue to compete in the tough Atlantic Coast Conference.

However, Florida State proved why they are ranked 22nd in the nation, with their impressive combination of an inside and outside offensive game. The Seminoles hit eight three pointers while also scoring 32 points in the paint in the second half after managing just six in the first half. Clemson, a team made up predominantly of freshmen and newcomers, will learn from this loss to an experienced and very good Florida State squad. Looking forward, the Tigers need to focus on putting together a complete game, and not letting opponents pull away with lopsided scoring runs. However, this loss should not diminish how impressive the Tigers have been in Littlejohn Coliseum this season, with this game marking the first home loss of the 2014-2015 campaign.