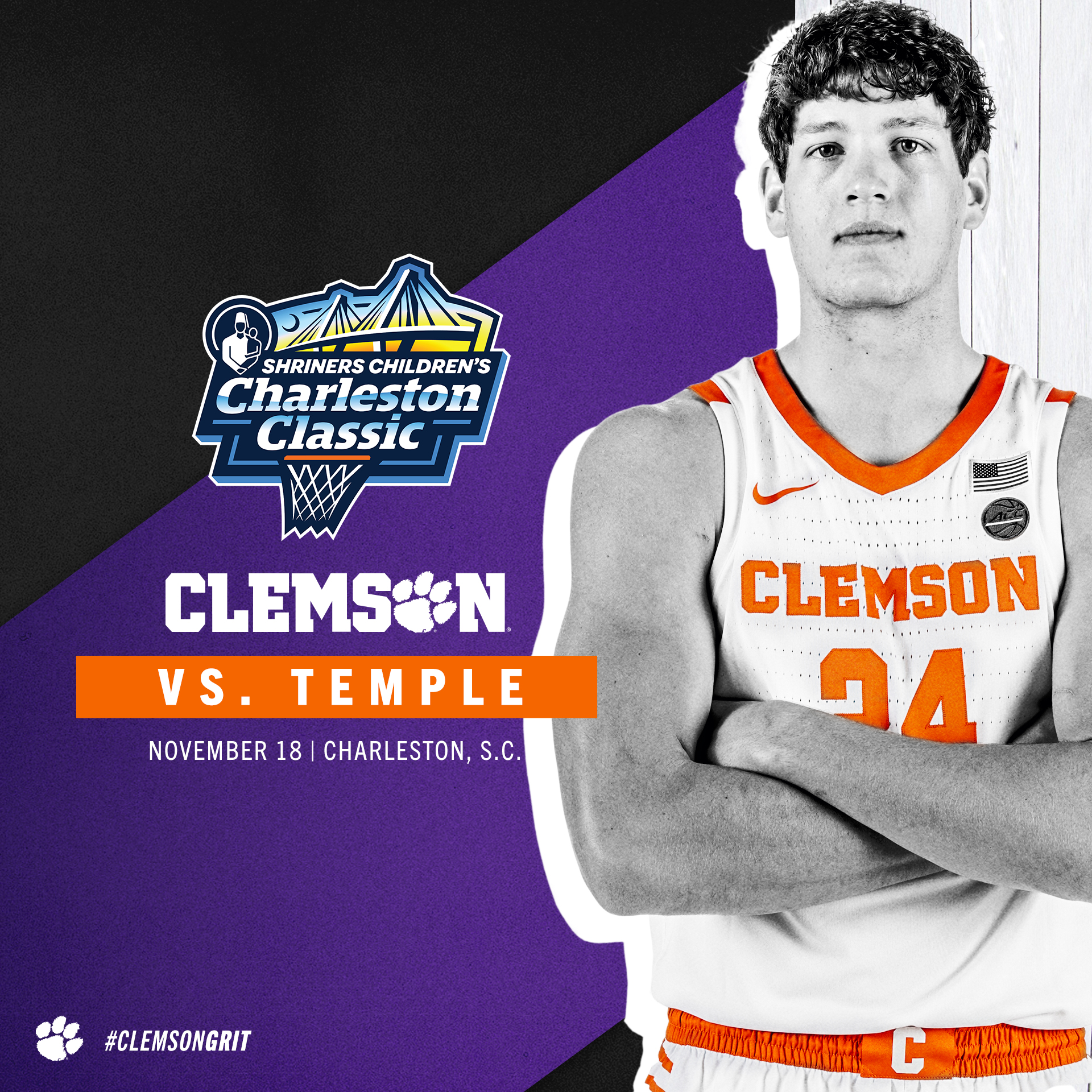 CLEMSON, S.C. –– Clemson University men’s basketball will face Temple in the first round of the Shriners Children’s Charleston Classic on November 18 at 4 p.m. at the TD Arena in Charleston, S.C. The contest tips off at 4 p.m. and will air on ESPN2.

ESPN and the Shriners Children’s Charleston Classic announced pairings, times and television designations for the eight-team, four-day tournament on Thursday. All 12 games of the tournament will be televised by one of the ESPN family of networks.

Clemson will play with either St. Bonaventure or Boise State in the second round on Friday, November 19. Clemson’s second round contest will be at noon or 2 p.m./2:30 p.m. on Friday.

This will be Clemson’s fourth appearance in the Charleston Classic. Clemson has a 7-2 record overall, including a championship in November 2008 and two runner-up finishes in 2013 and 2017.

All tournament tickets for the Shriners Children’s Charleston Classic are on sale now. Fans can purchase discounted early bird Premium Lower Chairback seats for $163 (regularly $178) or Lower Bleacher/Upper Level for $118 (regularly $133) through August 20. All seating for the event is general admission separated into two tiers.

Single-session tickets will go on sale in October, pending availability. Fans are encouraged to purchase tickets in advance as Premium Lower Sideline tickets have sold out before October the past three years. Tickets are available at www.CharlestonClassic.com or by calling the College of Charleston box office at (843) 953-2632.