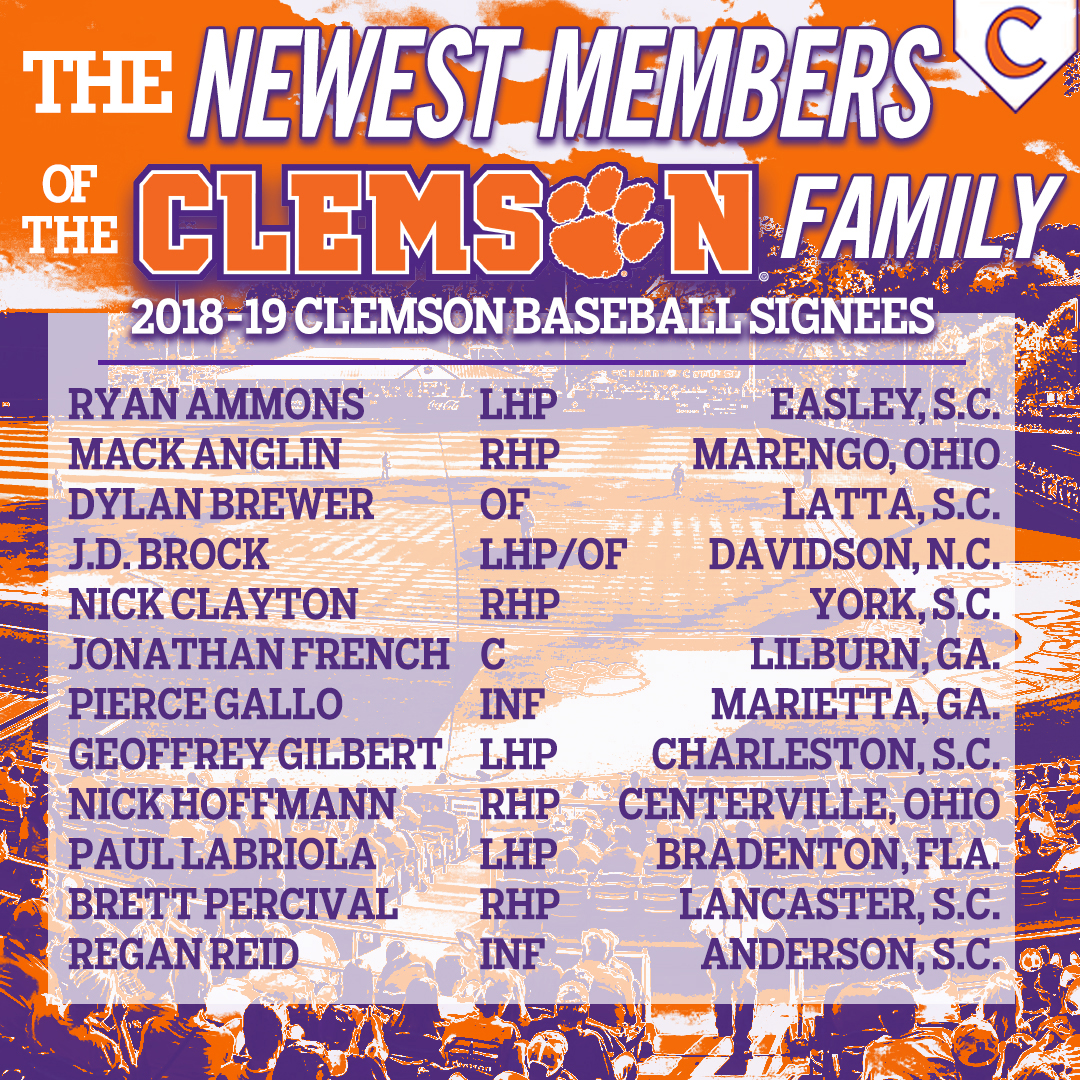 CLEMSON, S.C. – Head Coach Monte Lee announced the signing of 12 players to the program on Friday. Assistant Coaches Bradley LeCroy and Andrew See along with Lee all contributed to the signing class, which is rated No. 25 in the nation by Perfect Game and No. 18 by average player rating. All 12 signees are eligible to wear a Tiger uniform as freshmen starting in the 2020 season.

Two signees were selected in the 2019 MLB draft. French was picked in the 30th round by the Cleveland Indians and Brewer was chosen in the 32nd round by the San Francisco Giants.