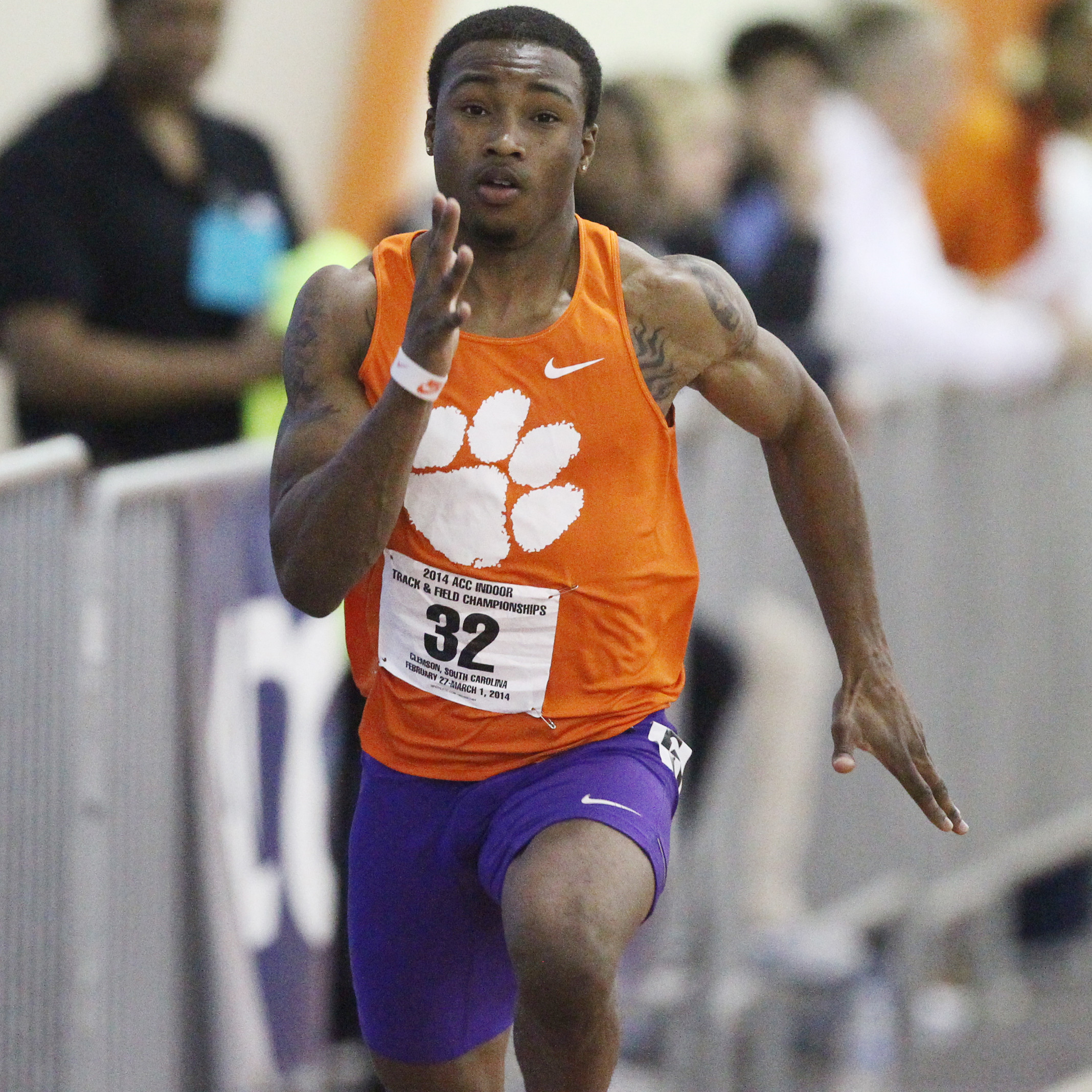 Mark Elliott knew he had a challenge on his hands. The men’s track & field program last won an ACC Championship in 2004, and he was charged with restoring that level of excellence when he was hired in 2013.

After a tough first season with limited numbers across the board, Elliott is confident his men’s program is ready to begin its ascent up the ACC standings.

“Our goal is to place better in the conference from last year and say that we have a complete team,” he said. “We have a good representative in every event area, and now we just need to have one or two that rise to the top in those areas that can help us on a national level.”

The athletes most equipped to reach the national level have already done so. Tevin Hester, Reggie Lewis and Torian Ware return with the most experience and the most accolades beside their names. Hester and Lewis have both competed at the NCAA Championships in the short sprints, while Ware is among the conference’s best high jumpers and a national-caliber athlete as well.

Hester is a two-time indoor All-American, while Lewis has been more accomplished outdoors despite a history of poorly-timed injuries. Hester was edged at the finish line at Clemson’s indoor track in February battling for his first ACC title, but suffered injuries of his own that derailed his outdoor campaign. Hester produced a personal best in the 60 dash last season, clocking a 6.60 in a win at the prestigious Armory Collegiate Invitational.

Lewis was fourth at the ACC Indoor Championships in the 60 and seventh in the 200. He also took fourth place at the conference outdoor meet in the 100. He ran a season-best 10.15 in the 100 dash at the Texas Relays and qualified for the NCAA Championships with a 10.25 in the quarterfinals.

This season, the two expect to receive some help in the relays from a pair of highly-touted freshmen, quarter mile specialists Jeffrey Green and Cordell Lamb.

“Those two are doing extremely well and are continuing where they left off in high school,” Elliott said.

In high school, Green was a New Balance All-American in the 400 meters and is the state of Florida’s reigning AAA champion in the event as well. Lamb, his teammate at Miami Northwestern High School, was the AAA runner-up and also won the prestigious Golden South Classic in 2014.

Justin Johnson returns in the high hurdles after suffering an injury that required surgery following the 2014 ACC Indoor Championships. Prior to the injury, Johnson flashed tremendous improvement and produced a personal best 7.81 in the 60 hurdles at the ACC prelims.

The Tiger distance unit has made strides since Elliott’s hire, but his specialty as a coach lies in the shorter distances. That’s where Texas A&M transfer Cameron Thornton comes in. Thornton was a participant in the 2011 IAAF World Youth Championships and ran sub-1:50 in high school, a time Elliott believes Thornton can return to.

“Cameron was a pretty strong runner in high school, and I think he could be a national-caliber runner here at Clemson,” Elliott said. “He’s just looking for a fresh start.”

Jorel Bellafonte was also added into the mix as an 800-400 combo runner, and will offer the Tigers depth. Aaron Ramirez has one outdoor season remaining, and previously qualified for the NCAA East Prelims in the 800 and 1500 meters.

Clemson will look to Roland Hakes and Josh Davis primarily in the longer distances. Hakes was the Tigers’ top performer over the course of the 2014 cross country season, culminating with a top-50 showing at the always-tough NCAA Southeast Regionals.

Ware is Clemson’s most experienced field event athlete. A two-time second-team All-American, he returns for his senior season consistently clearing between 7-0 and 7-2. The challenge for Ware is to move up another bar on a consistent basis and challenge for an ACC title in a league featuring Florida State rival James Harris.

“Torian has lofty goals he wants to achieve,” Elliott said. “He has been to the national meet multiple times, so we expect a lot from him.”

Shai Carpenter returns for his senior season as one of the ACC’s most veteran triple jumpers. He has scored at multiple ACC Championships, including his freshman season when he took the bronze medal in the event in Boston, Mass. Carpenter looks to regain the form that placed him third in Clemson’s record books for the outdoor triple jump.

“Shai has proven to be effective at the conference level, provided he stays healthy,” Elliott said.

The Tigers welcome Coastal Carolina transfer Ishmael Kamara into the mix at both horizontal jumps. Kamara hit a mark of over 49 feet in the triple jump at the Battle of the Beaches last outdoor season.

James Plummer is Clemson’s top returner in the throws. Last season, he established Clemson’s freshman record in the discus throw. He posted a mark of 177-8 and finished fifth at the ACC Outdoor Championships, a foreshadowing of things to come for the talented athlete out of New Jersey. Elliott expects Plummer to continue to excel in the discus, but also increase his stock in the shot put as well.

“We see James being close to 58 feet in the shot, which would be solid,” Elliott said.

Behind Plummer, the Tigers return sophomores in Jordan Pickerel and Reed Shindell, and welcome mammoth freshman Joe Cline to the mix.

In all, Elliott sees a deeper team than the one he fielded his first season at the helm of Clemson track & field.