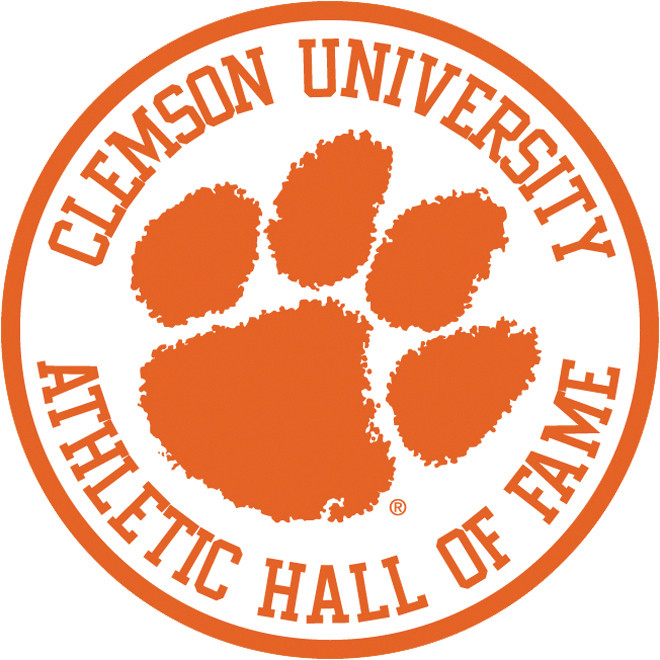 This weekend, seven members of the Clemson Family will be inducted into the Clemson University Athletic Hall of Fame. Read about each one below.

Clemson made a great run on a conference and national basis in men’s tennis in the 1980s under Head Coach Chuck Kriese, and Mike Gandolfo was the leader of the beginning of that charge on the hardcourt. In his senior year (1980), Clemson finished with a 32-5 record and won the first of nine ACC titles in the decade of the 1980s.

The 32 wins are still the most in a season in school history and the No. 8 national ranking was the first top-10 finish in school history. Along the way, Clemson recorded six wins over top-20 teams, including a 5-4 win over No. 12 Georgia, and posted a 6-0 record in the regular-season ACC race. The Tigers reached the Elite Eight of the NCAA Tournament for the first time as well.

Like Steve Fuller in football, Gandolfo is still the only Clemson men’s tennis player to be MVP of the ACC (Tournament) twice. He was also the ACC No. 1 singles champion in consecutive years (1979,80).

After attending Clemson, Gandolfo played professionally until 1983. He was named to the ACC 50-Year Anniversary team in 2002.

Nnamdi Nwokocha was the Sammy Watkins of Clemson soccer in 1979. He was the top freshman in the nation and led the Tigers to national prominence.

During the 1979 season, Nwokocha was named ACC MVP and took the Tigers to the NCAA Championship match in Tampa, Fla.

The remarkably strong striker scored a school and ACC-record seven goals in one half against Belmont Abbey and finished with 16 points in the match. The Belmont Abbey team was so distraught that they boarded their bus at halftime and went home.

Nwokocha led the ACC in assists and goals as a freshman when he had 26 goals and 11 assists. He was named a first-team All-American as a first-year freshman and had three “hat tricks.”

As a sophomore in 1980, he had four “hat tricks” in consecutive matches to set a school record. The Tigers finished 12-3-2 that season.

In 1981, Nwokocha was back on the All-America team. He had 21 goals and helped the Tigers to the ACC title and a No. 5 ranking in the final coaches poll.

Nwokocha totaled 74 career goals and 23 assists for 171 points, still a school record and second-most in ACC history. His 74 goals are third in ACC history. Nineteen of those goals were considered match-winners.

A three-time All-ACC performer, Nwokocha returned to Nigeria to work as an advisor to the Governor of the State of Sport Affairs. He was named to the ACC 50-Year Anniversary team in 2002.

Nwokocha died in April 2009 of meningitis at the age of 46 in his native country.

Dwight Rainey played a crucial role in the development of the total Clemson sports program over his 32-year career as a coach and administrator.

In his early years at Clemson, Rainey was a member of the men’s basketball coaching staff. He served under Head Coach Bill Foster from 1975-83, and the program went to postseason play five times, including Clemson’s first NCAA Tournament bid in 1979-80.

During that 1979-80 season, the Tigers defeated top-ranked Duke, a first in program history, and recorded six wins over top-20 teams, still the most in one season in school history. The squad advanced to the Final Eight of the NCAA Tournament, still the furthest a Clemson team has ever advanced in the “Big Dance.”

A major part of Rainey’s responsibility was overseeing facility enhancements that were made to the baseball, golf, track & field, volleyball and tennis facilities, and he was involved in Clemson adding rowing.

Clemson football was the fifth-winningest program during the 1980s, and tight end Jim Riggs played a big role in that success. He was a member of the 1983 and 1986 teams that finished in the top 20 and was a starter on the 1986 ACC Championship team.

Riggs was third on the 1985 team in receiving with 18 catches for 203 yards, including a 43-yard touchdown against Georgia in the first nationally-televised game in the history of Death Valley.

The following year, Riggs had 17 receptions for 197 yards. One was key in Clemson’s tie against Maryland in Baltimore. It came on a fourth-down play and kept a drive alive that led to a game-tying field goal.

Riggs finished his Tiger career with 49 receptions, still among the top-10 totals in school history for a tight end. He was very proficient as a blocker and had a lot to do with Clemson finishing in the top 15 in the nation in rushing in 1985 and 1986.

Riggs was drafted by the Cincinnati Bengals in the fourth round of the 1987 draft. In 1989, he played in Super Bowl XXIII against the San Francisco 49ers. He played six seasons with Cincinnati before finishing his career in 1993 with the Redskins.

Riggs’ son, Zach, is in his second year on the Tiger football team. His other son, Jake, plays wide receiver for The Citadel, while his daughter, Abby, is a member of the Clemson Rally Cats spirit squad.

Duane Ross ran track for Clemson from 1992-95 and is one of the most accomplished hurdlers in school history.

In the 1994-95 academic year, Ross was named Clemson Athlete-of-the-Year, quite an accomplishment when you look at some of the other athletes who were at Clemson during that time.

Ross was a five-time ACC Champion overall and a seven-time All-American, the third-most All-America certificates in Tiger athletics history. Ross still shows his versatility by holding school records in the 55m, 60m and 110m hurdles.

After earning his bachelor’s degree in financial management in 1996, Ross continued to run at a high level. He was a member of the 2004 U.S. Olympic Team and placed ninth in the 110m hurdles in Athens, Greece.

Ross was a four-time member of the U.S. World Championship team, where he earned two gold and two silver medals in the 110m hurdles.

Edward Scott was a standout point guard for the basketball program from 1999-03 under Head Coach Larry Shyatt. A four-year starter, Scott is considered one of the best all-around guards in Tiger history and was named one of 25 players on Clemson’s 100-Year Anniversary team that was announced in 2012.

A starter for most of the games as a freshman and sophomore, Scott’s game moved to a new level as a junior, when he was a Third-Team All-ACC pick. That year, he had many memorable performances, but two stand out.

First, he had 30 points and 16 assists in a 118-115 double-overtime win against Wake Forest. He became just the second player in ACC history to record 30+ points and 15+ assists in a game. On Senior Night, he had a career-high 36 points in a win over Florida State.

In his final season (2002-03) at Clemson, Scott finished third in the ACC in scoring, as he averaged 17.7 points per game. He was the first Tiger in history to be named ACC Player-of-the-Week in consecutive weeks. He once scored 61 points in consecutive games in wins over Virginia and Florida State.

Scott returned to Clemson to receive his degree in accounting and is now a member of the coaching staff at Richland Northeast High School near his hometown of Eastover, S.C.

Shekera Weston ran track for the Tigers from 1997-01, and her 10 All-America certificates, three indoor and seven outdoor, still are most in Clemson history. She showed her prowess at an early stage, as she was the only American freshman to compete in the 200m finals at the NCAA Indoor Championships in 1997.

Weston was a big reason Clemson was third at the NCAA outdoor meet and seventh at the NCAA indoor meet that season.

In her Clemson career, Weston’s performances still rank among the best in school history, as she is second in the 60m, fifth in the 200m, second in the 300m, first in the 400m and second in the 4x400m relay.

Weston was named to the ACC 50-Year Anniversary team in 2002.