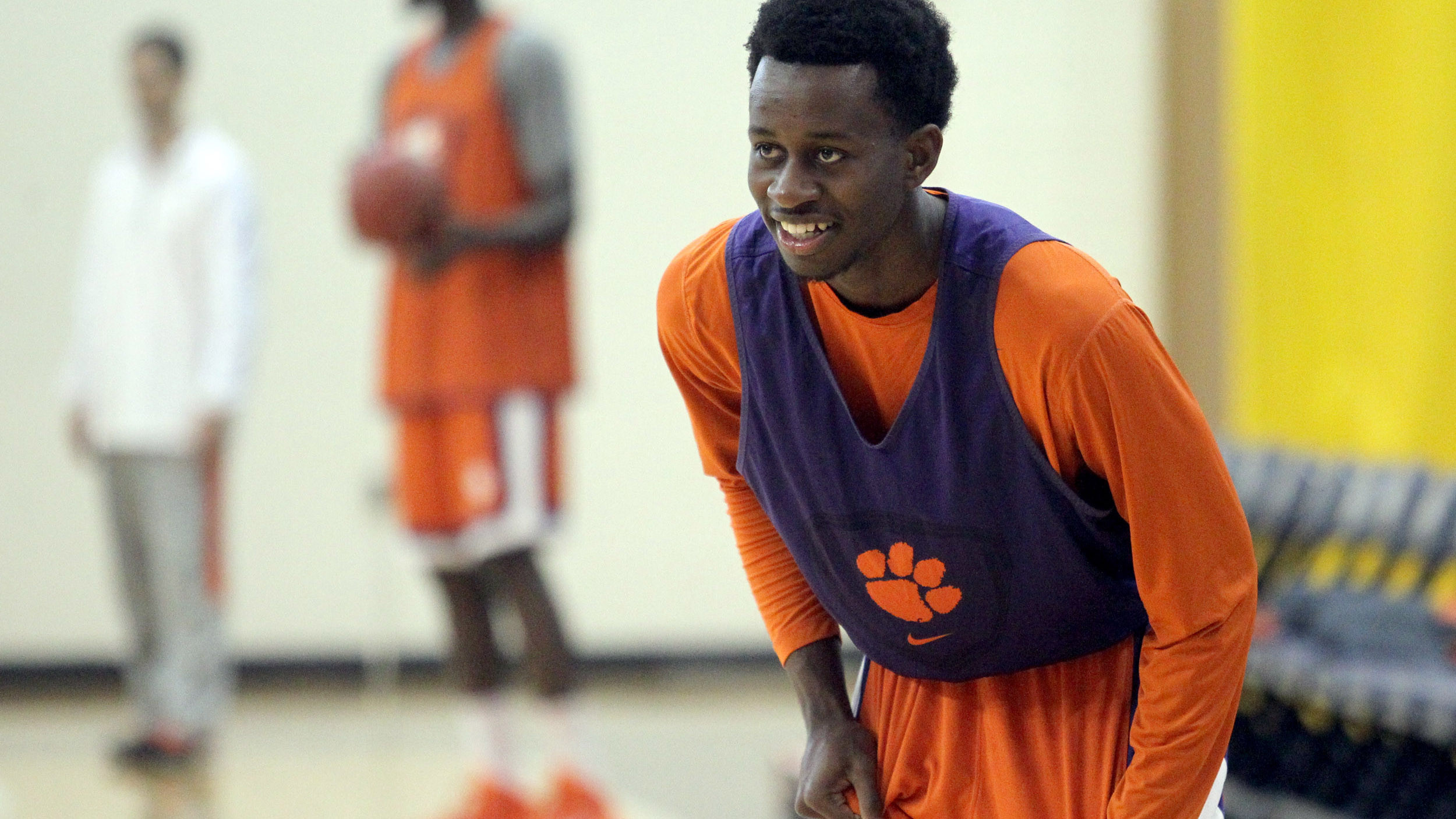 About to head to a team dinner on the town, before returning for our routine of scouting & film tonight! #TigerPride #ACCTourney

VIDEO: A Message from Jaron Blossomgame

EXCLUSIVE: Tigers have built strength in numbers at shooting guard

GREENSBORO, N.C. – While the rest of Clemson’s starting lineup has essentially been etched in stone this season, the shooting guard spot has been a much more fluid situation.

That may not have been exactly how Brad Brownell would have drawn it up, but he admits it’s turned out to be a blessing in disguise.

BLOG: Clemson’s Most Famous #ACCTourney Victory Came as a Six-Seed

When Syracuse beat Florida State on Sunday to secure Clemson’s place as the six-seed for this week’s ACC Tournament, one of the first things I thought of was the monumental victory over North Carolina in the 1996 event in Greensboro. It’s simply known around Clemson as “The Dunk.” Greg Buckner’s field goal with 0.6 seconds left lifted Clemson to an upset win as the six-seed over North Carolina, 75-73.

I didn’t watch the game that day. I listened to Jim Phillips and Tim Bourret on the radio at my grandmother’s house. To this day, I’ll never forget the raw emotion that poured out of Phillips’ voice as he described the play by play. “Buckner jams! Buckner jams! Sixth tenths of a second left.”

The events that unfolded in Greensboro Coliseum that night were incredible. After a Jeff McInnis floater put Carolina up 73-67 with under six minutes left, the Tigers held the Tar Heels without a point the rest of the way. Down six and after missing two front end free throws, Harold Jamison put back a miss with three minutes to go. He then did it again 90 seconds later to pull Clemson within two. With just over a minute to play, Buckner followed a Terrell McIntyre miss with an emphatic slam to tie it up at 73. A turnover on the ensuing possession by UNC set up the final play. With McIntyre trapped up top, he found Jamison in the high post, who fed to Buckner on the low block for the dramatic jam. (See the video below as Jamison describes the moment.)

The 1996 win remains Clemson’s only in 15 tries against UNC in the ACC Tournament. This year’s scrappy, defensive-minded team is also a six-seed and reminiscent in some ways of Rick Barnes’ club from that season, so I thought it would be fun to stroll down memory lane. Hopefully the 2014 Tigers can continue to defy the odds and make history of their own.

Harold Jamison recounts one of the most famous plays in Clemson history from the Tigers’ victory over North Carolina in the 1996 ACC Tournament.

Coach Winiecki has a close relationship with his post players! http://t.co/RG4jwdzvfD

The Tigers have arrived at UNCG for our final pre tournament practice! #acctourney http://t.co/qA5LsOELdg

One final video from Tuesday’s shootaround at the Greensboro Coliseum…