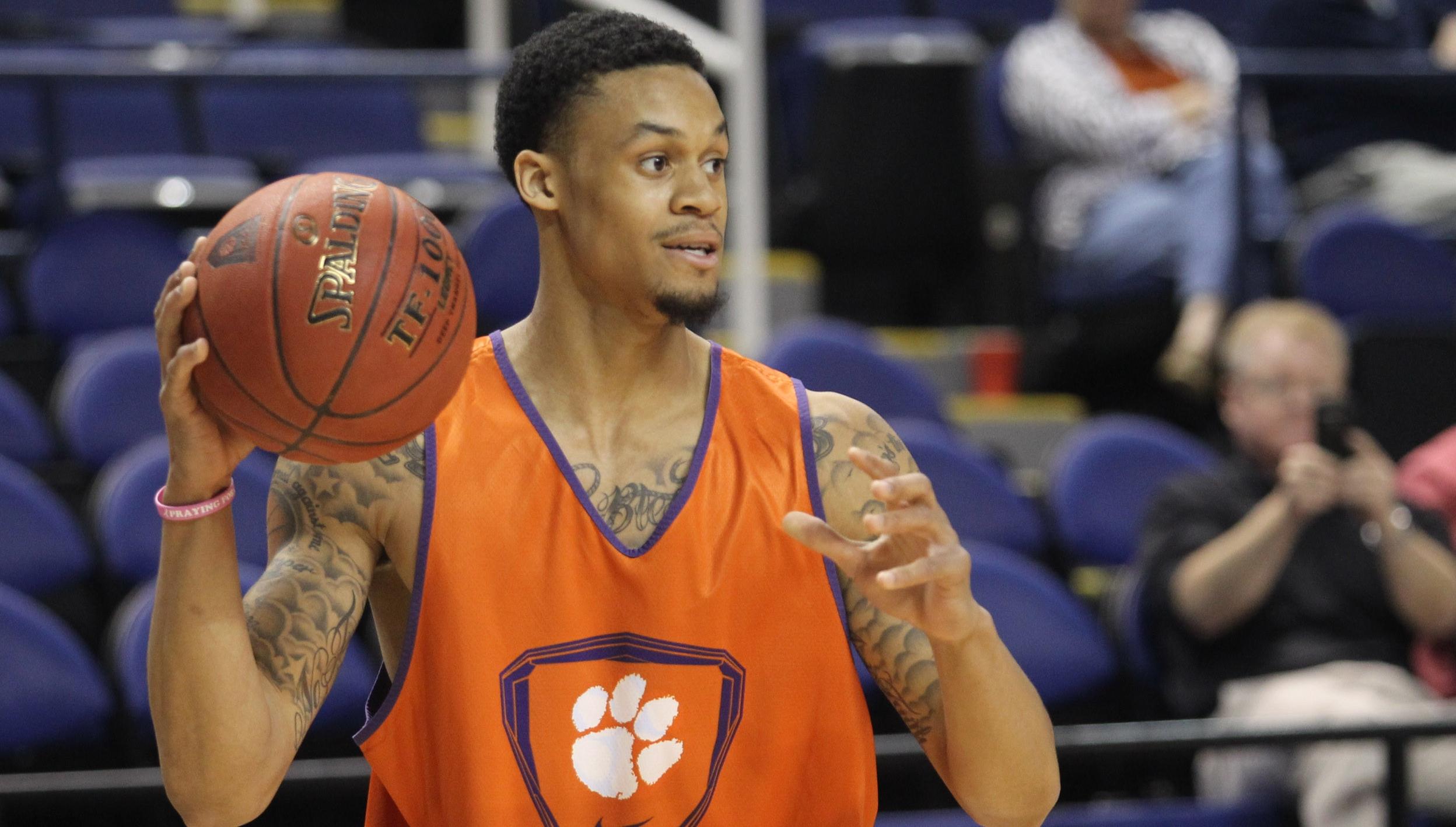 VIDEO: One on One with K.J. McDaniels

GREENSBORO, N.C. – K.J. McDaniels has been raking in the accolades hand over fist the past couple days, but his coach knows McDaniels’ teammates need to share the plaudits if Clemson’s time at the ACC Tournament is to last beyond the next couple.

BLOG: McDaniels Soars Above the Odds for First-Team All-ACC Honor

Be honest for a second. Raise your hand if you had Clemson forward K.J. McDaniels pegged in the preseason for one of the five spots reserved for basketball royalty, the All-ACC first team.

I doubt many of the readers of this blog would be among those raising their hands. But after the statistics the 6-foot-6 wing amassed during the regular season and the level to which he raised Clemson’s team, who can argue with his selection to the first team?

He is bidding to become only the second player in ACC history to lead his team in scoring, rebounding, three-point goals, blocked shots and steals – joining Wake Forest’s Josh Howard in 2002-03. Heading into the ACC Tournament, McDaniels leads the ACC with 2.8 blocks per game, and by leading the league would become the shortest player to achieve the feat in consecutive seasons. For those reasons, McDaniels was announced earlier today as the ACC Defensive Player of the Year by the media and coaches.

How many times did he impact a game on the defensive end of the floor, by either blocking a shot or at the very least altering a few? The best illustration of this game-changing ability was at Florida State, where his own turnover appeared to lead to an easy layup and surging momentum for the Seminoles in the final two minutes. But seemingly out of nowhere, he charged to the basket and caught the ball with both hands – one of the most spectacular athletic feats you will ever see. As ESPN’s Mark Jones exclaimed on the broadcast, “Oh, McDaniels just swallowed it!”

So in the grand scheme of things, why is McDaniels making first-team All-ACC such a big deal? The answer is simple. He’s only the 12th different player – and just the fifth underclassman – in Clemson history to earn the honor. Among the former Tiger greats that never made first team? How about names like Tree Rollins, Larry Nance, Sharone Wright, Greg Buckner, Terrell McIntyre, K.C. Rivers and many more. It reads like a who’s who list of Clemson men’s basketball history, and none were named the five best in the ACC in a single one of their respective seasons.

How did McDaniels get to this level? He has worked hard for it. I have been Clemson’s men’s basketball communications director since 2005, and I have never seen a player improve as much in two years as McDaniels. He possessed the eye-opening athleticism from day one, but his skill set from the first time I saw him play to now is as different as night and day.

Last summer was huge for his development. First, he earned invitations to a pair of prestigious skill camps run by NBA stars LeBron James and Kevin Durant. By all accounts, he did well and held his own against some of the country’s top college talent. Second, he and his teammates were afforded 10 extra practices as Clemson prepared for its foreign tour of Italy. There’s no doubt that experience was a confidence-builder, as he stood head and shoulders above the competition in Italy.

It’s always gratifying to see someone’s hard work result in due recognition. That recognition could go a long way to McDaniels’ growing confidence, a confidence that has seemingly permeated the team in what has been quite a season for Clemson basketball.