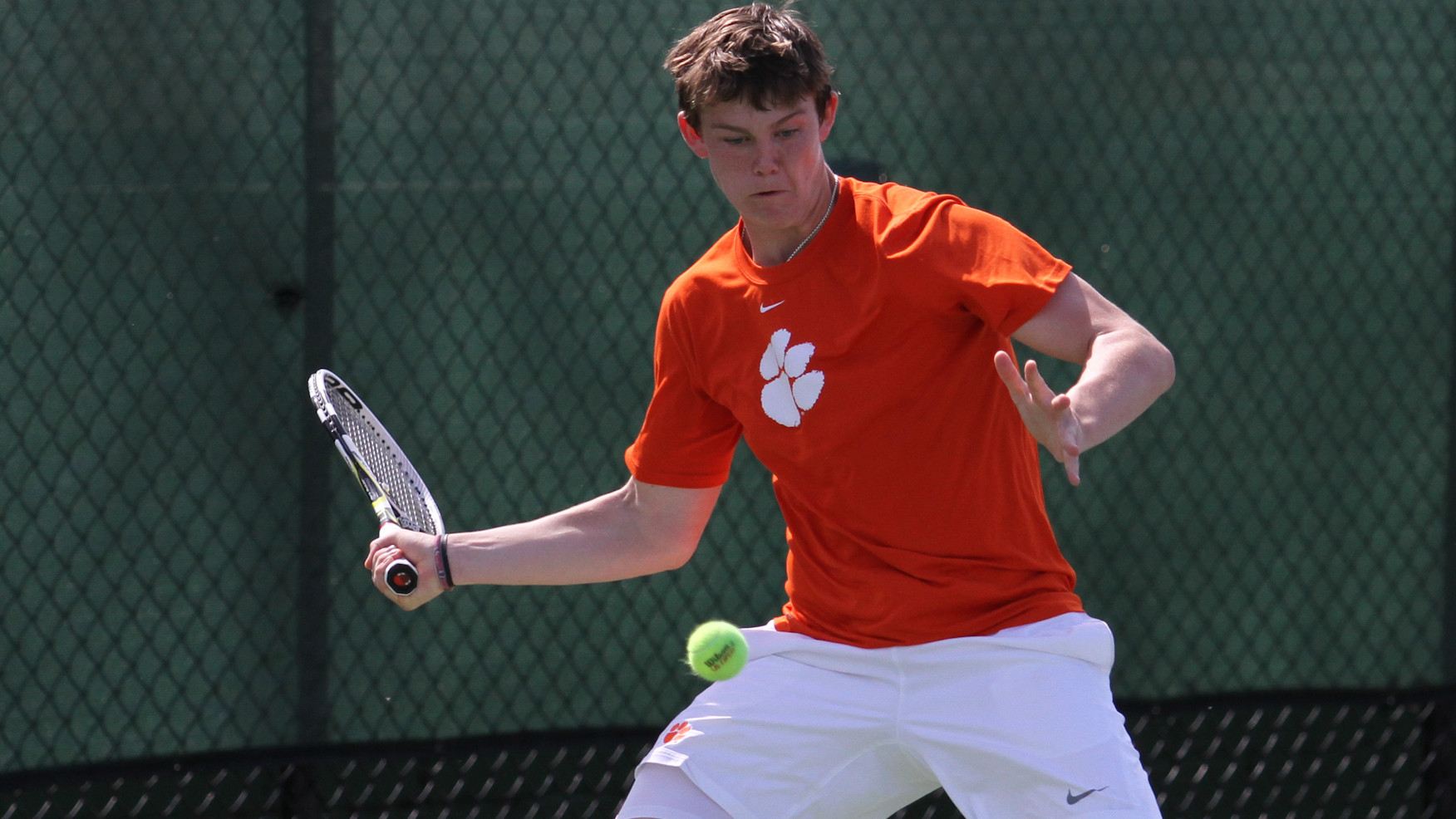 CLEMSON, S.C. – Two days after a tough loss to a top-10 Notre Dame team, the 20th-ranked Tigers returned to their winning ways on Sunday afternoon defeating Boston College, 7-0, in a match played at the Clemson Indoor Tennis Center. The win boosts Clemson’s record to 16-3 (3-1 ACC) while the Eagles drop to 4-8 (0-4 ACC).

Clemson earned the doubles point with relative ease on courts two and three. The duos of Alejandro Augusto and Robert Dudley on court two and Austin Ansari and Zachary Kennedy on court three defeated their Boston College counterparts by identical 8-2 scores.

The momentum carried over into singles play where the Tigers won all six matches in straight sets. Dominique Maden won 6-1, 6-3 at flight two to extend his singles winning streak to seven, while Harrington, Augusto and Ansari rebounded from their losses on Friday. Robert Dudley and Brent Lett finished off the match, winning at the fifth and sixth flights, respectively.

After playing the past five matches at home, the Tigers will hit the road next week to face #31 NC State and #18 Wake Forest. The Tigers and Wolfpack will tangle on Saturday at noon in Raleigh, then Clemson will head to Winston-Salem to play the Demon Deacons at 1 p.m. on Sunday.