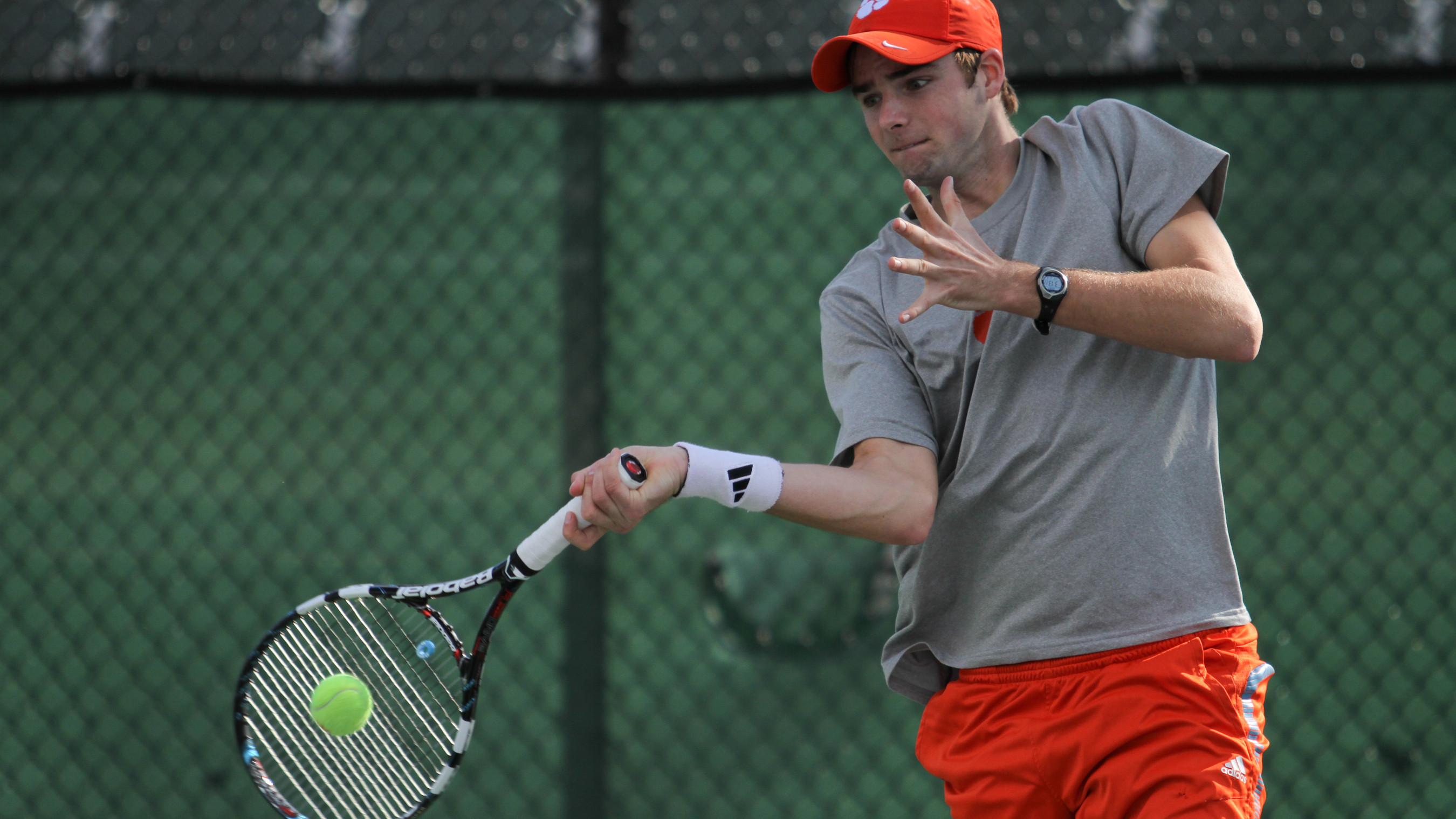 CLEMSON, SC – The 18th-ranked Clemson men’s tennis team will play host to William & Mary on Tuesday afternoon at 2:30 p.m. at the Hoke Sloan Tennis Center on the Tigers’ campus.Clemson, ranked 18th nationally, has a 9-2 record overall this season.  The Tigers are led by Yannick Maden with a 15-4 overall singles record and a 9-1 mark in dual matches.  Maden is ranked 57th in singles this season by the ITA.  Both Austin Ansari and Hunter Harrington have won 10 matches each this year in singles action.William & Mary has a 6-6 record overall this season.  The Tribe will be playing Georgia today in Athens, GA.  William & Mary is led by John Banks with a 13-13 singles record.  Ben Hoogland has a 12-12 ledger in singles play.This will be the ninth meeting between the two teams in men’s tennis.  Clemson leads the overall series 6-2. The first meeting occurred in the 1976 season.