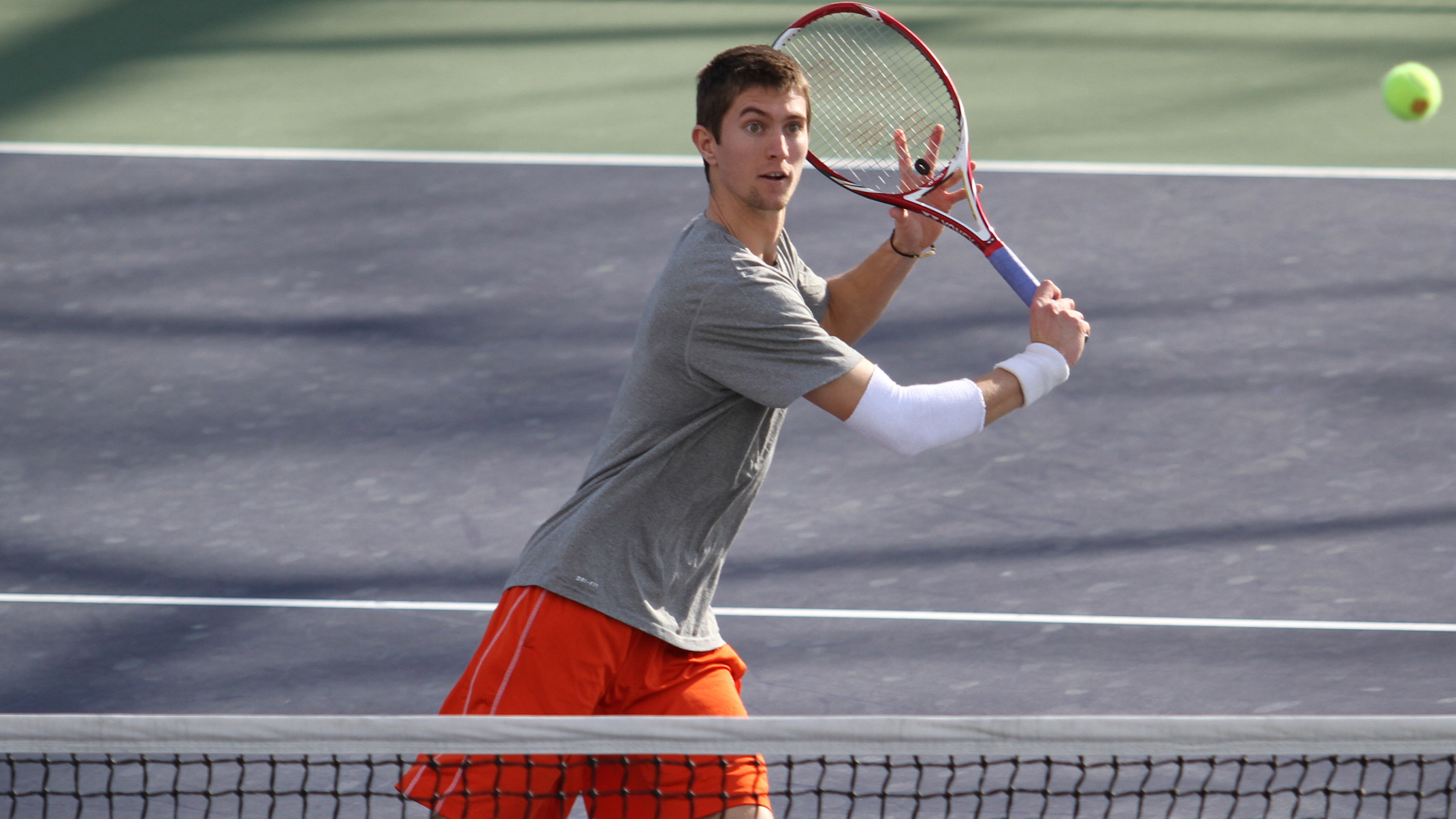 CLEMSON, SC – The 18th-ranked Clemson men’s tennis team will play at South Carolina Sunday afternoon at 1:00 p.m. at the Carolina Tennis Center in Columbia, SC.  The Clemson men’s team has a 9-1 record overall this season and is coming off of a 5-2 upset win of #21-ranked Auburn on February 22.  Last week, the Tigers were ranked 51st as a team and jumped 33 spots in this week’s poll.This is the highest that the Tigers have been ranked since April 4, 2006 when Clemson was ranked 18th.  Over the years, Clemson has been ranked in the ITA top 25 a total of 136 times.  The Tigers have been ranked at the position of 18th four times.Clemson’s number-one singles player Yannick Maden is ranked 57th according to the ITA singles poll.  This season he has a 14-4 record overall in singles and an 8-1 mark in dual matches.  The doubles team of Yannick Maden and his brother Dominique Maden is ranked 20th.  The duo has a 15-3 record overall and a 5-0 mark in dual matches. South Carolina has a 9-5 record overall this season.  Texas A&M defeated the Gamecocks on Friday afternoon in an SEC match.  South Carolina is ranked 43rd in this week’s poll.The match will be the 105th meeting between the two schools on the tennis courts.  The series began in 1925.  South Carolina leads the overall series 61-41-2.