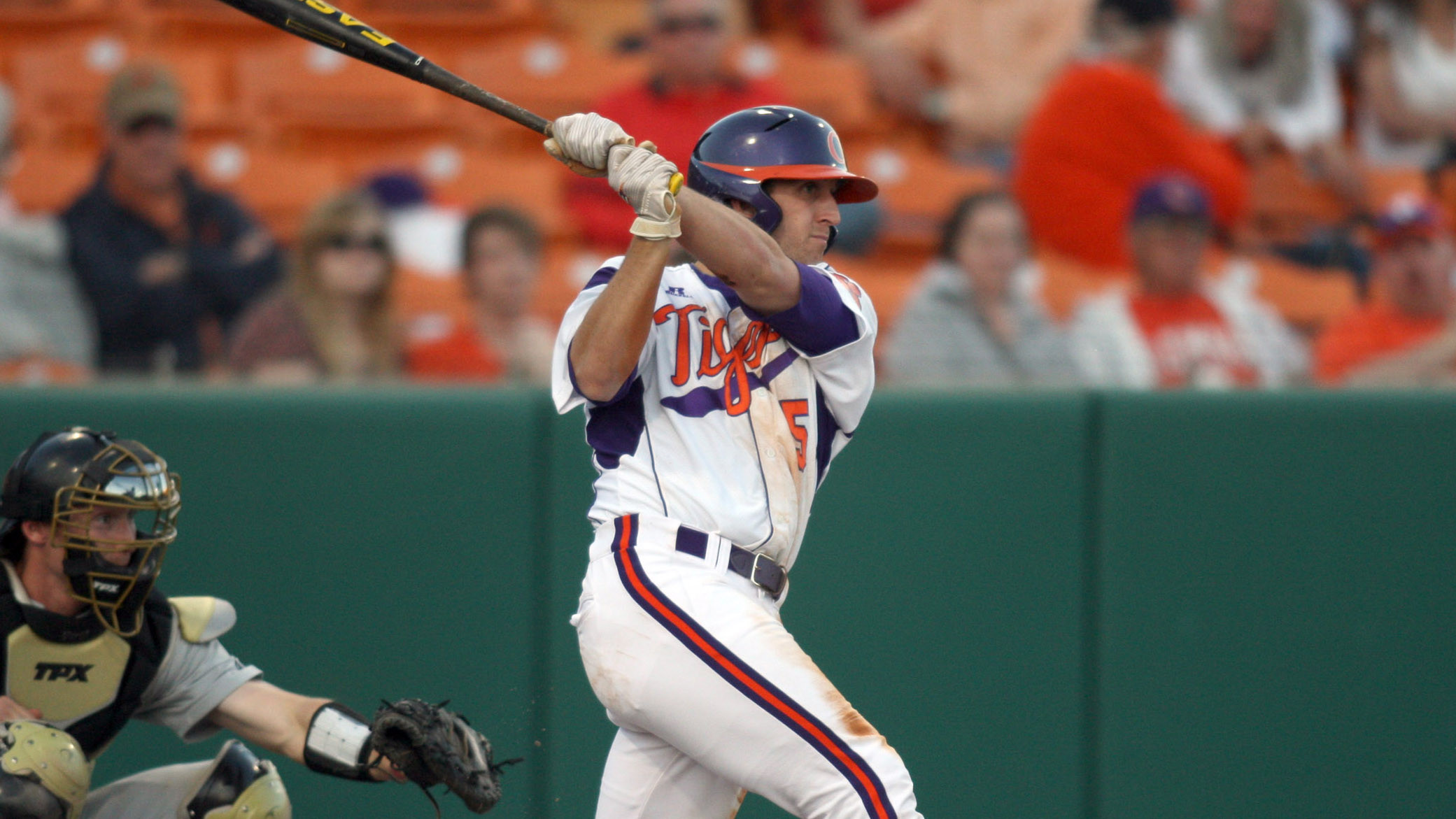 Clemson starter Daniel Gossett (5-2) earned the win by tossing 6.0 effective innings.  He gave up eight hits, two runs (one earned), and two walks with nine strikeouts.  Patrick Andrews pitched a perfect seventh inning, then Matt Campbell retired all six batter he faced with two strikeouts to close out the game.

Matt Pirro (3-5), the first of four Demon Deacon pitchers, suffered the loss.  He gave up seven hits, four runs, and three walks with one strikeout in 3.2 innings pitched.  The four Wake Forest hurlers combined to walk 10 batters against only two strikeouts.

Garrett Boulware scored the game’s first run in the first inning when he belted a solo homer to left field, his seventh long ball of the season.

Steven Duggar led off the second inning with a triple to right field and scored two batters later on Joe Costigan‘s triple to right field.  Costigan also scored on the play when the relay throw to third base was errant.  The three-baggers were the first career triples for both Duggar and Costigan.

The Demon Deacons dented the scoreboard for the first time in the top of the fifth inning.  Evan Stephens reached on a bunt single with two outs and moved to second on an error on a failed pickoff attempt.  Conor Keniry then lined a single to left field to score Stephens.

In the bottom of the fifth inning, Shane Kennedy led off with a bloop single down the right-field line and scored on Steve Wilkerson‘s triple to right field.

Pinch-hitter Joey Rodriguez lined a two-out single to center in the top of the sixth inning and Kevin Jordan singled through the left side.  After Brett Armour walked on six pitches to load the bases, Rodriguez scored on a wild pitch.  Mark Rhine walked on seven pitches to reload the bases, but Stephens flied out to left to keep Clemson ahead 5-2.

Clemson responded with three runs in the bottom of the sixth inning.  Krieger led off with a walk and Slaton singled through the left side.  Thomas Brittle followed with a single through the right side to score Krieger, then Slaton scored on a balk.  Two batters later, Kennedy walked, then Wilkerson walked to load the bases.  Duggar lofted a sacrifice fly to center to plate Brittle.

Stephens and Keniry had two hits apiece to pace Wake Forest, who had eight hits in the contest.

Clemson and Wake Forest will play game-two of the three-game three on Saturday at 6:30 PM.  The contest will follow the Clemson Football Spring Game, which will begin at 4:00 PM in Memorial Stadium.