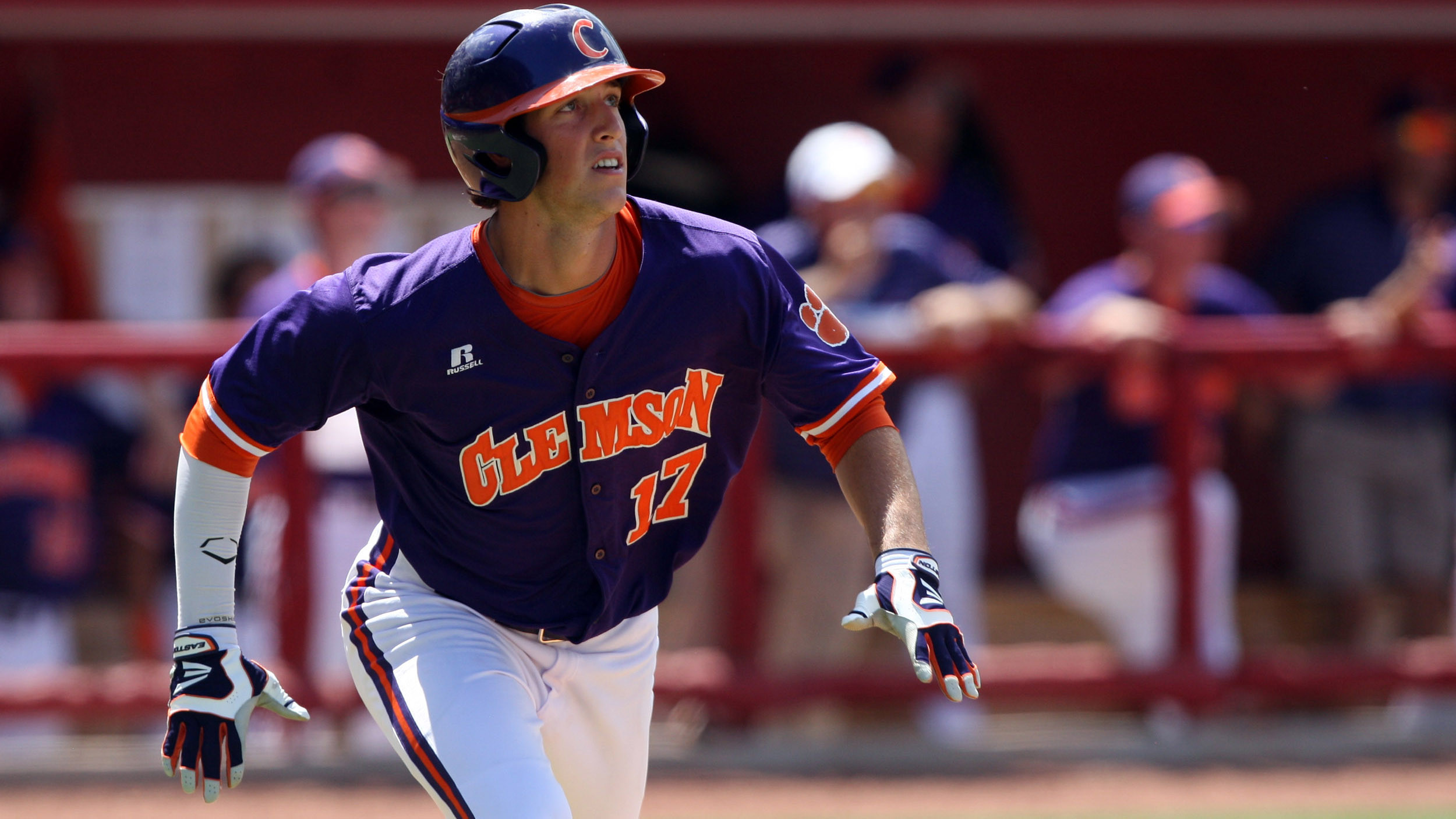 Steve Wilkerson hit two homers with five RBIs and Daniel Gossett pitched 6.0 effective innings to lead #17 Clemson to a 10-2 win over Saint Louis in the Columbia Regional in front of 5,485 fans at Carolina Stadium on Saturday afternoon.  The Tigers, who evened their record in the regional at 1-1 and snapped their six-game losing streak, improved to 40-21 on the season.  The Billikens, who went 0-2 in the regional, ended their season with a 41-21 record.

Wilkerson and Shane Kennedy both hit homers in the third inning to give Clemson the lead for good.  It was the first time in 2013 that the Tigers hit multiple home runs in one inning.  The Tigers added three more runs in the fourth inning on Wilkerson’s second long ball of the game and cruised to the eight-run win.  Wilkerson, a junior who set career highs for homers (2) and RBIs (5), entered the game with only three career long balls.  The three home runs for the Tigers were also a season-high total.

Gossett (10-4) earned the win by tossing 6.0 effective innings.  He allowed five hits, two runs, and five walks with two strikeouts.  He became the first Tiger to total double-digit victories in one season since 2002, when Matt Henrie and Steve Reba both won 13 games.  Kyle Schnell recorded his second save of the year by pitching 3.0 innings, yielding two hits, no runs, and one walk with one strikeout.

The Billikens wasted little time taking the game’s first lead in the first inning.  Michael Bozarth led off with a walk and advanced to third two batters later on Alex Kelly’s one-out double down the left-field line.  Mike Vigliarolo followed with a sacrifice fly to center to score Bozarth.

Thomas Brittle led off the third inning with a walk after being down in the count 0-2 and Steve Wilkerson followed with a long two-run homer to right field to give Clemson its first lead in three games.  Three batters later with two outs, Kennedy lined a solo homer to left field, his fifth long ball of the year.

In the fourth inning, Kevin Bradley reached with one out on an error and Tyler Slaton walked.  Two batters later with two outs, Wilkerson belted a three-run homer to right field, his second long ball of the game and fourth of the season.

Kelly led off the fifth inning with a home run to left-center, his 12th long ball of the season.

In the eighth inning, Joe Costigan belted a two-out single to right field after Matt Eckelman retired the previous 12 batters.  Bradley also singled to right field, then Slaton followed with a liner to left field that was dropped by Bozarth, allowing pinch-runner Maleeke Gibson to score.

Clemson added three insurance runs in the ninth inning.  Garrett Boulware drew a two-out walk and Kennedy ripped a single through the left side.  After Tyler Krieger was hit-by-pitch to load the bases, Gibson reached on a fielder’s choice to second as Boulware scored and Kennedy also scored after an errant throw to first base.  Bradley followed with a single through the right side to score Krieger.

The Billikens put a batter on base in the ninth inning, but Clemson turned its third double play of the game to end the first-ever contest between the Tigers and Billikens.

Wilkerson led the Tigers’ 10-hit performance by going 2-for-5 with two homers and five RBIs, while Kennedy went 3-for-5 with a homer and two runs.  Bradley added two hits and an RBI as well.

Kelly went 3-for-4 with a homer and double to lead Saint Louis, who totaled seven hits in the contest.

Clemson will play the loser of Saturday night’s game between #13 South Carolina and Liberty on Sunday at 1:00 PM in an elimination game.  The game will be available online at ESPN3.