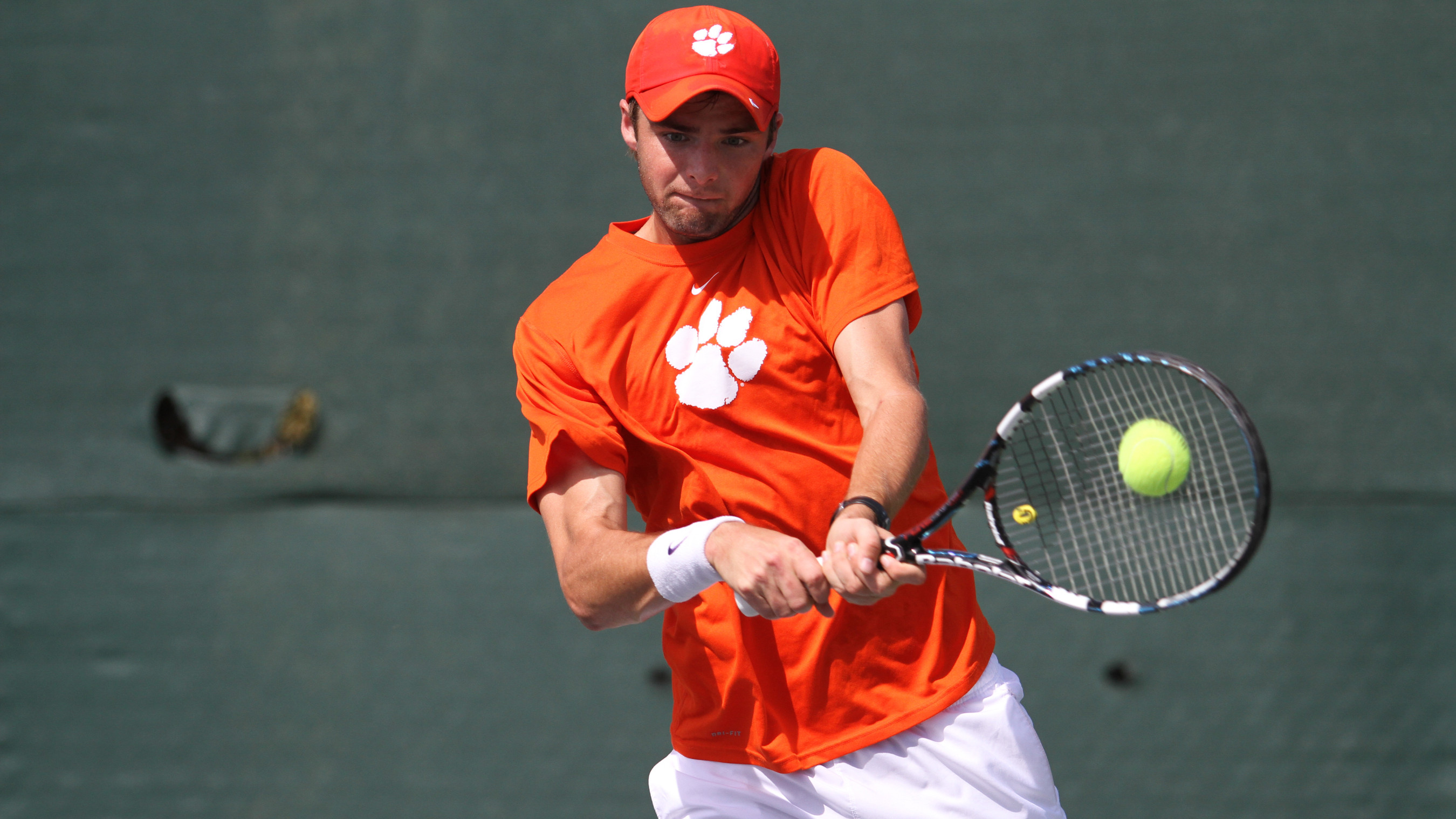 CARY, N.C. – In a match that lasted seven hours, began in Cary, N.C., ended in Durham, N.C. and included a four hour and five minute weather delay, the 16th-ranked Tigers fell to #13 Notre Dame in the ACC Tournament Quarterfinals on Friday. With the loss, the tournament ended for the fifth-seeded Tigers, who dropped to 20-8, while the fourth-seeded Irish improved to 19-8 and advanced to Saturday’s ACC Semifinals.

Doubles play began at 12:12 p.m. at the Cary Tennis Center. At flight one, Hunter Harrington and Dominique Maden trailed 7-6 and fought off one match point in order to force a 7-7 tie and a tiebreak. The ninth-ranked duo then pulled off a 7-5 win in the tiebreak. On Court 3, Alejandro Augusto and Robert Dudley matched Notre Dame’s number-three doubles team point-for-point until the match was tied 6-6. Then the Clemson pair rattled off two points to win the match and earn the team doubles point.

Singles play began in Cary and the Irish won first sets at flights one, four and five when played was suspended at 2:10 p.m. due to lightning. The teams warmed up and were ready to resume play outdoors at 5 p.m. when another weather system moved in forcing both teams and their fans to travel the 18 miles to Durham to conclude the match at the Sheffield Indoor Tennis Center on Duke’s campus.

The Tigers will learn their NCAA tournament fate on Tuesday, April 29. The selection show is scheduled to air on NCAA.com at 5 p.m. Updates will be available on ClemsonTigers.com and @ClemsonMTennis as soon as sites and opponents are announced.