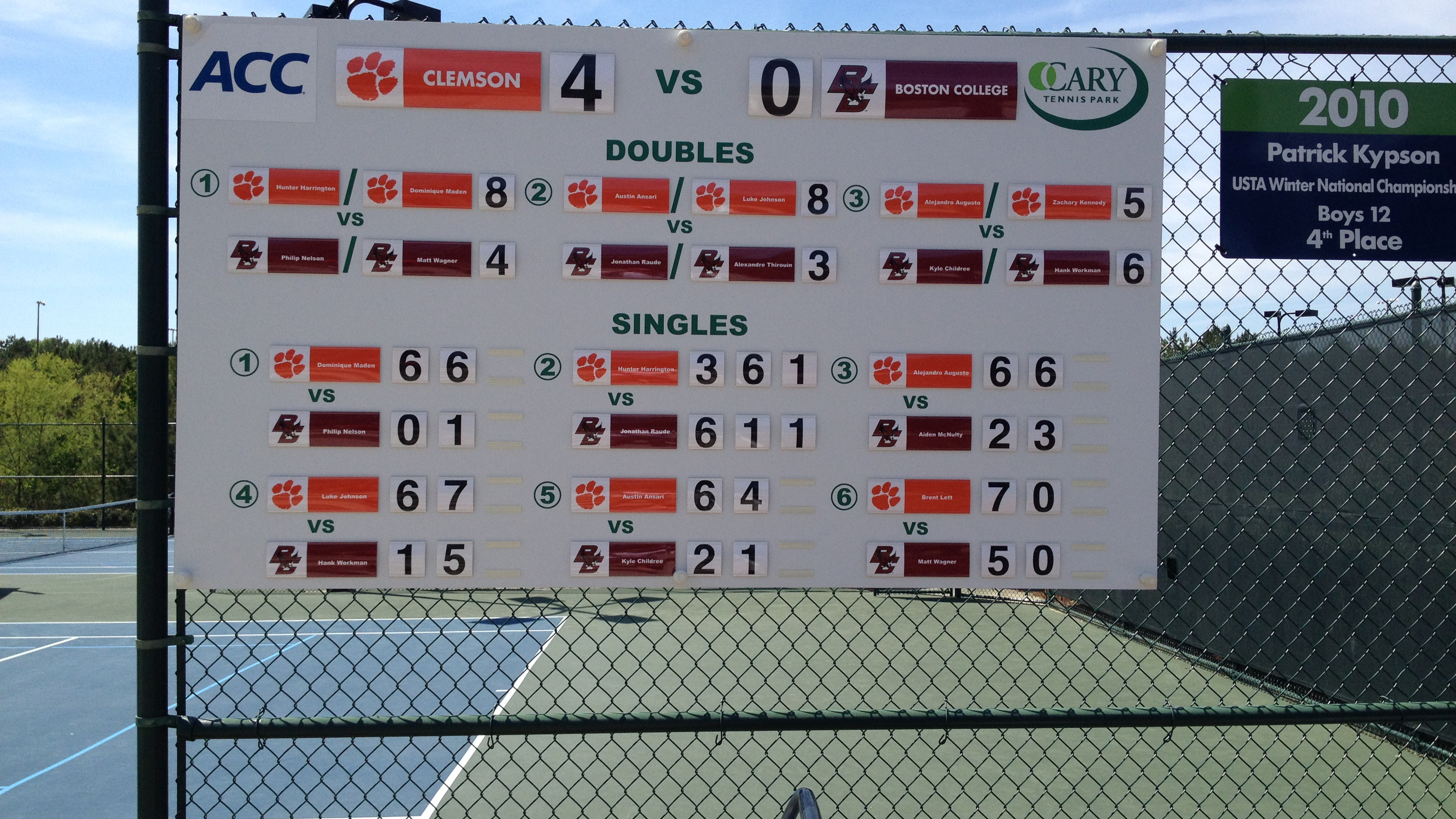 CARY, N.C. – The 16th-ranked Tigers opened the 2014 ACC Tournament with a 4-0 victory over Boston College Thursday afternoon at the Cary Tennis Center in Cary, N.C. With the win, fifth-seeded Clemson (20-7) advances to Friday’s ACC Quarterfinals to face fourth-seeded Notre Dame.

In doubles action, Austin Ansari and Luke Johnson, playing at flight two, defeated their Boston College opponents 8-3. The duo of Hunter Harrington and Dominique Maden, ranked ninth nationally, clinched the doubles point for the Tigers with an 8-4 win on Court 1. Ansari and Johnson improved to 17-5, while Harrington and Maden won their 20th dual doubles match of the season, improving to 20-1.

Maden, playing at flight one singles for the second straight match, made quick work of his Eagle opponent with a 6-0, 6-1 win. Alejandro Augusto gave Clemson a 3-0 lead with a straight-set win (6-2, 6-3) on Court 3. Johnson then clinched the 4-0 victory for the Tigers with a 6-1, 7-5 win at flight four.

Clemson faces 13th-ranked Notre Dame in the quarterfinal round of the tournament Friday at 12 p.m. By virtue of their number-four seed, the Irish had a bye in the first round and will play their first-ever ACC Men’s Tennis Tournament match on Friday against the Tigers.