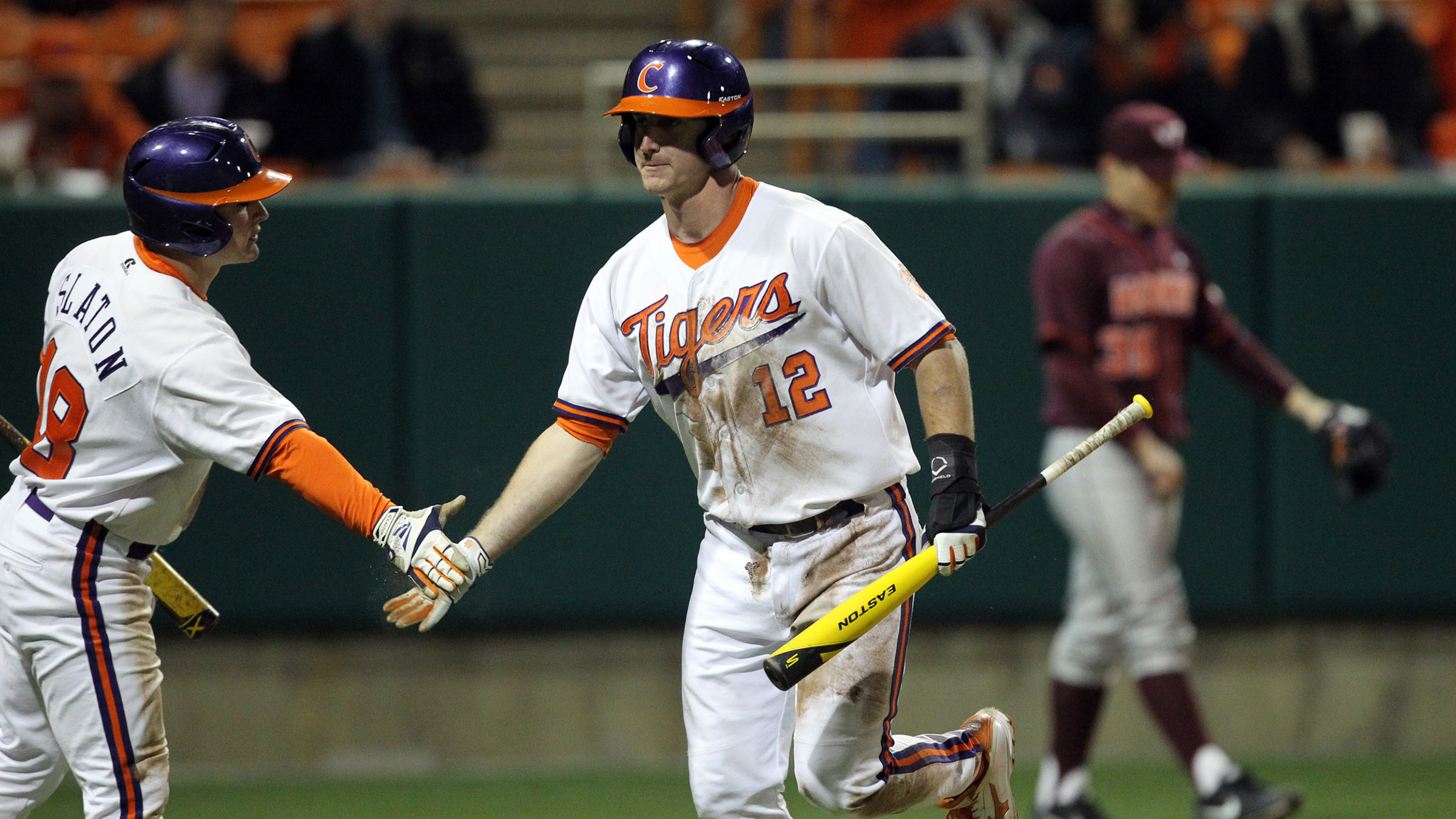 Tyler Slaton‘s fielder’s choice with two outs in the ninth inning scored Jay Baum to give #15 Clemson a 7-6 walkoff win over Virginia Tech at Doug Kingsmore Stadium on Friday night. The Tigers, who took a 1-0 series lead, upped their home winning streak over the Hokies to 15 dating to 1984.

The Tigers (7-5, 1-0 ACC) held a 5-0 lead before the Hokies (6-5, 0-1 ACC) scored three runs in the top of the seventh inning. After Clemson scored a run in the bottom of the seventh, Brendon Hayden belted a three-run homer to center to tie the score in the eighth inning.

Baum led off the ninth inning with a double down the right-field line, moved to third on Jon McGibbon‘s sacrifice bunt, and scored two batters later on Slaton’s two-out grounder to first base. Sean Keselica elected to throw home, but Baum slid in safely just ahead of the tag.

“That’s Friday night in the ACC,” said Head Coach Jack Leggett. “Their kid really pitched well. Both him and ‘Goose’ are really good pitchers. Erwin did what he had to do and then Campbell came in and did a nice job for us.

“We didn’t play very good defense tonight. We have good players, just somehow we got a little tentative. That’s how competitive the ACC is. Nothing comes easy.”

Tyler Krieger, who had a team-high two RBIs, extended his hitting streak to 13. Clemson and Virginia Tech play game-two of the three-game series on Saturday at 1:00 PM.