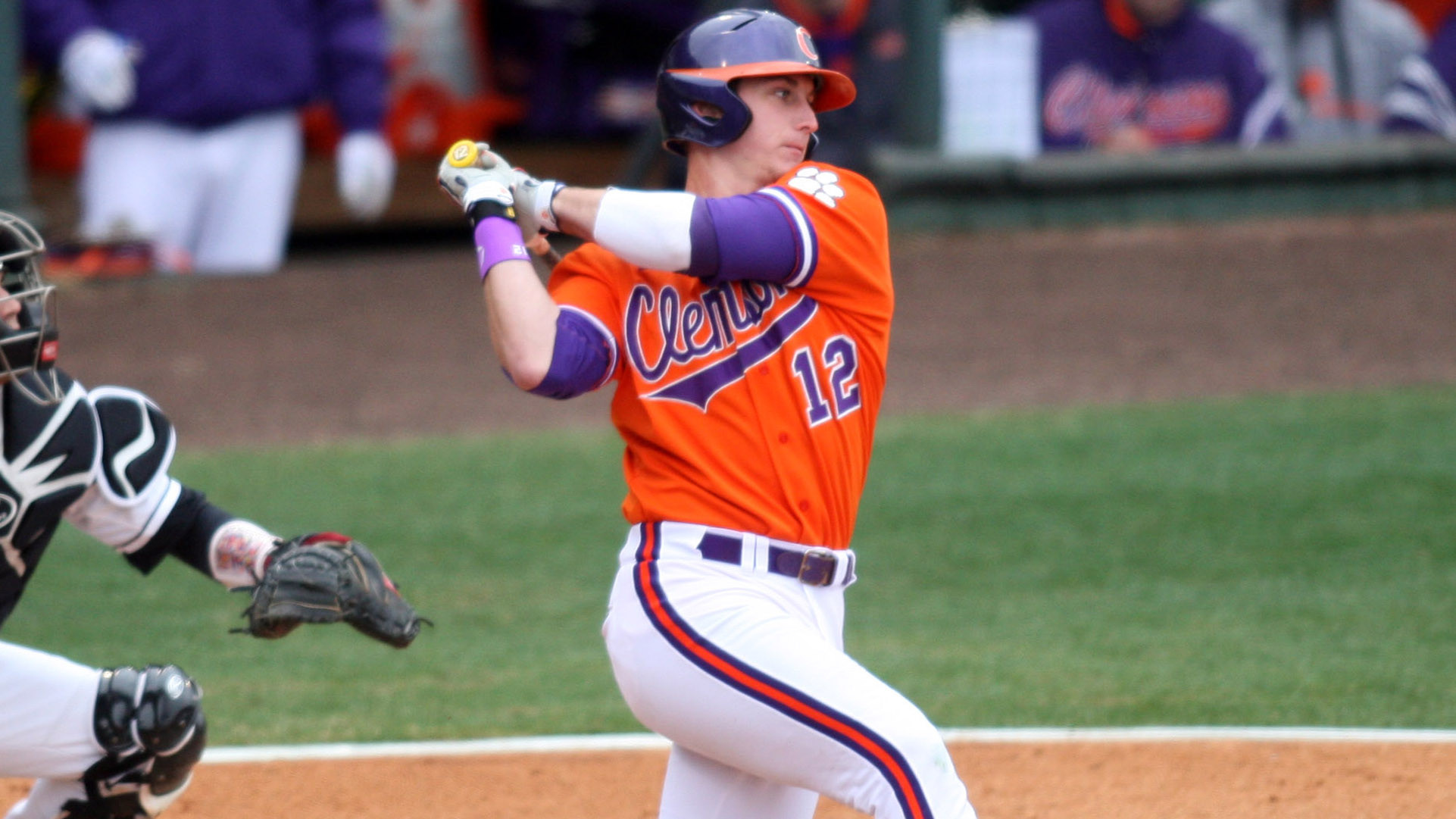 Jon McGibbon went 4-for-4 with three RBIs and two runs to lead #15 Clemson to a 12-2 win over Furman in the second game of a doubleheader in front of 3,410 fans at Fluor Field on Wednesday night.  The Tigers, who swept the doubleheader by a combined score of 26-4, improved to 34-15 overall.  The Paladins dropped to 26-22 in 2013.  It was Clemson’s ninth win in a row in the series between the two schools.

The Tigers broke open a close game with four runs in the sixth inning, three runs in the seventh inning, and two runs in the eighth inning, keyed by two of McGibbon’s career-high four hits during that span.  Meanwhile, the Tiger bullpen did not allow a hit in the final four innings of the game.

Nate Smith (4-4), the first of eight Furman pitchers, suffered the loss.  He surrendered one run on three hits in 2.0 innings pitched.

Shane Kennedy put the first run on the scoreboard when he led off the second inning with a home run to left field, his fourth long ball of the season.

In the third inning, Maleeke Gibson led off with a bunt single and Steve Wilkerson walked on four pitches.  Steven Duggar loaded the bases with no outs on a bunt single, then Garrett Boulware grounded into a double play as Gibson scored.  Kennedy reached with two outs on an error by third-baseman Chris Ohmstede, allowing Wilkerson to score.

Two costly fielding miscues by the Tiger defense helped Furman score two runs in the fourth inning.  Alex Abrams led off with a double to left field on a routine flyball that was misplayed.  Two batters later, Ohmstede reached with one out on a throwing error by Kennedy at third, then Jordan Simpson singled up the middle to score Abrams and Ohmstede.

The Tigers added three runs to their lead in the seventh inning.  Boulware led off with a walk, but was erased on Kennedy’s fielder’s choice.  After Krieger walked, McGibbon belted a single through the right side to score Kennedy, then Thomas Brittle lined a single to center to score Krieger.  Mike Triller walked to load the bases, then pinch-hitter Kevin Bradley lofted a sacrifice fly to center to score McGibbon.

Pinch-hitter Mike Dunster led off the eighth inning with a walk and scored on pinch-hitter Jay Baum‘s triple to left-center.  After Krieger walked, McGibbon lofted a sacrifice fly to right to score Baum.

Along with McGibbon’s four hits, Gibson, Wilkerson, and Duggar added two hits apiece for the Tigers, who totaled 14 hits and seven steals in the contest.  It capped an outstanding day for the Clemson offense, who amassed 26 runs, 28 hits, 18 walks, three hit-by-pitches, and 12 steals in the doubleheader.

Griffin Davis, Greg Harrison, and Abrams had two hits apiece to pace the Paladins, who had nine hits in the contest.

Clemson will host Georgia Southern in a three-game series at Doug Kingsmore Stadium this weekend starting Friday at 7:00 PM.