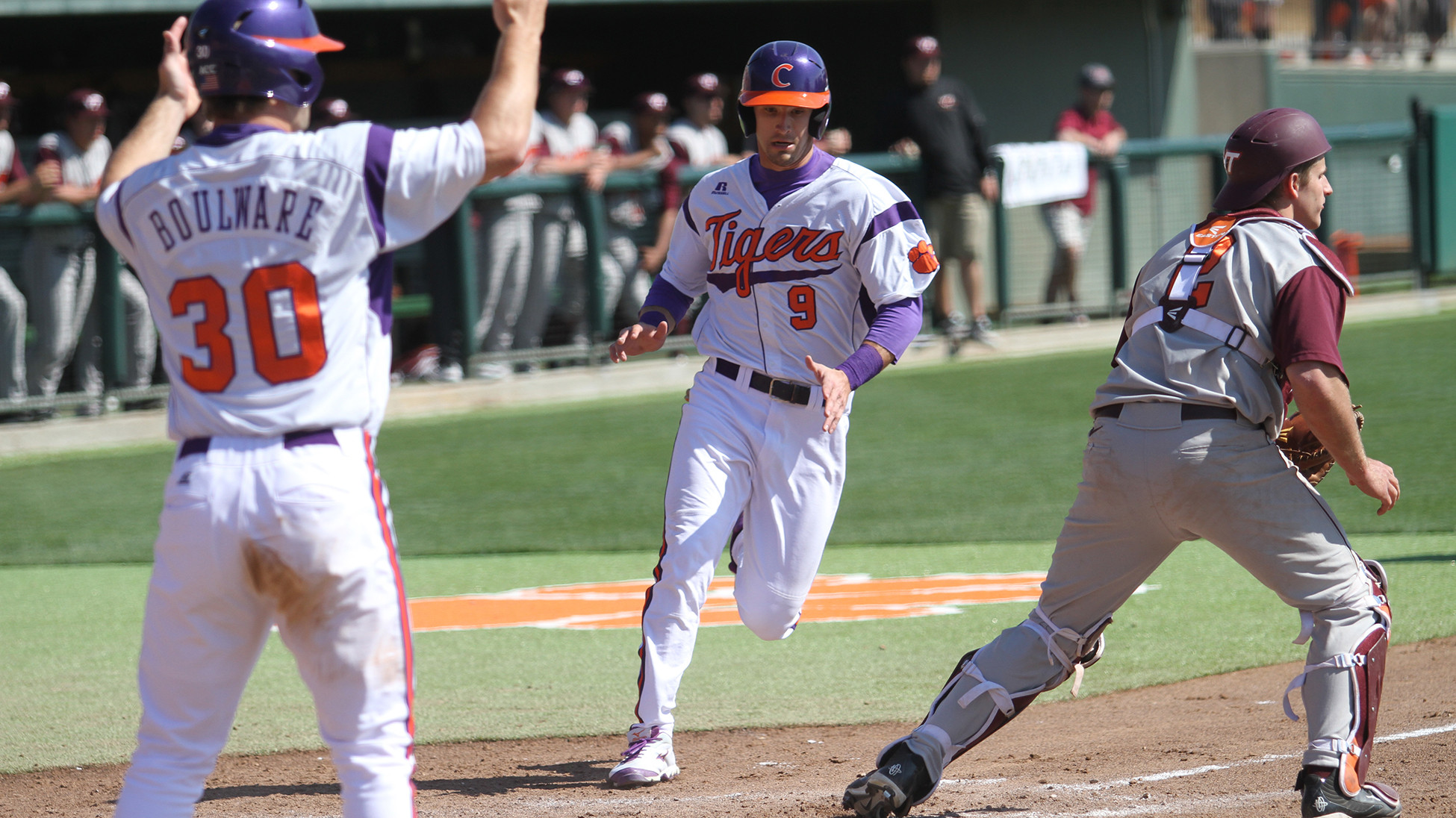 The #15 Clemson Tigers totaled 16 hits en route to an 11-4 victory over Virginia Tech at Doug Kingsmore Stadium on Sunday afternoon to complete the series sweep. Clemson also upped its home winning streak over the Hokies to 17 dating to 1984.

“We did a really good job in terms of getting timely hits,” said Head Coach Jack Leggett. “We also played good defense and got some good pitching.

“I thought we did some good things all weekend long and kept our concentration. We are in a good spot right now, but we still have 27 games to play (in the ACC).”

Virginia Tech (6-7, 0-3 ACC) took a 4-2 lead with four runs in the top of the fourth inning, but the Tigers responded with four runs of their own in the bottom of the fourth inning to regain the lead for good. Chris Okey‘s two-run single gave Clemson (9-5, 3-0 ACC) the lead in the frame. The Tigers added four runs in the sixth inning, highlighted by another two-run single by Okey, to put the game out of reach.

Okey led the Tigers at the plate by going 3-for-3 with four RBIs and a walk. Tyler Krieger (15), Tyler Slaton (11), and Steve Wilkerson also upped their hitting streaks.

Clate Schmidt (2-2) earned the win in relief, as he allowed just one run and no walks in 4.0 innings pitched. Reliever Tanner McIntyre (1-2) suffered the loss. Clemson returns to action on Wednesday at 6:30 PM when it hosts Appalachian State.