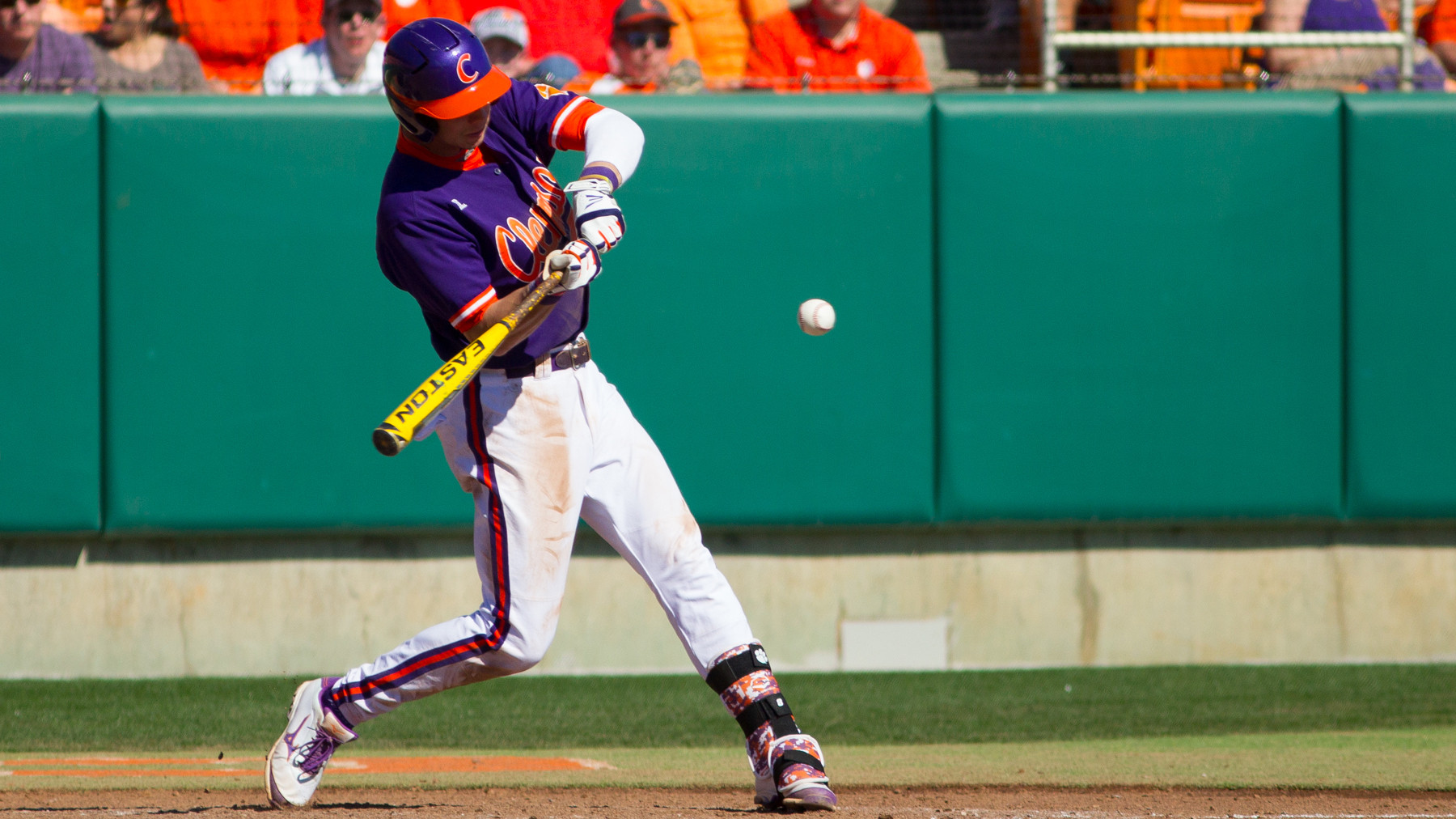 The #15 Clemson Tigers scored all 12 runs in the first four innings to defeat Virginia Tech 12-2 at Doug Kingsmore Stadium on Saturday afternoon. The Tigers took a 2-0 lead in the series and improved to 8-5 overall (2-0 ACC), while the Hokies dropped to 6-6 (0-2 ACC). Clemson also upped its home winning streak over the Hokies to 16 dating to 1984.

The Tigers scored four runs thanks in large part to two costly Hokie errors in the second inning, then put the game out of reach with three runs in the third and four runs in the fourth on Weston Wilson‘s grand slam, Clemson’s first since March 9, 2013 when Thomas Brittle belted a grand slam at N.C. State.

“I thought we played really well today,” said Head Coach Jack Leggett. “We put together a complete game. Matthew Crownover pitched outstanding, Drew Moyer and Brody Koerner came in and did their thing, and Wales (Toney) came in really sharp at the end.

“Offensively, we were on the mark all game long. Weston Wilson had a big day with five RBIs. (Jon) McGibbon hit a big home run. Tomorrow is another day, so we have to come back and stay focused.”

Clemson totaled 12 hits in the game, led by Wilson. The freshman went 3-for-4 with a grand slam, five RBIs, two runs, and a walk.

Clemson and Virginia Tech play game-three of the three-game series on Sunday at 1:00 PM. The game will be available on ESPN3. Fans can get a Family Four Pack of tickets (two adults, two youths) for $20 at ClemsonTigers.com or at the gate. It is also Social Sunday, as fans who show their coupon on Twitter or Instagram at @ClemsonBaseball can buy $2 funnel cake fries.