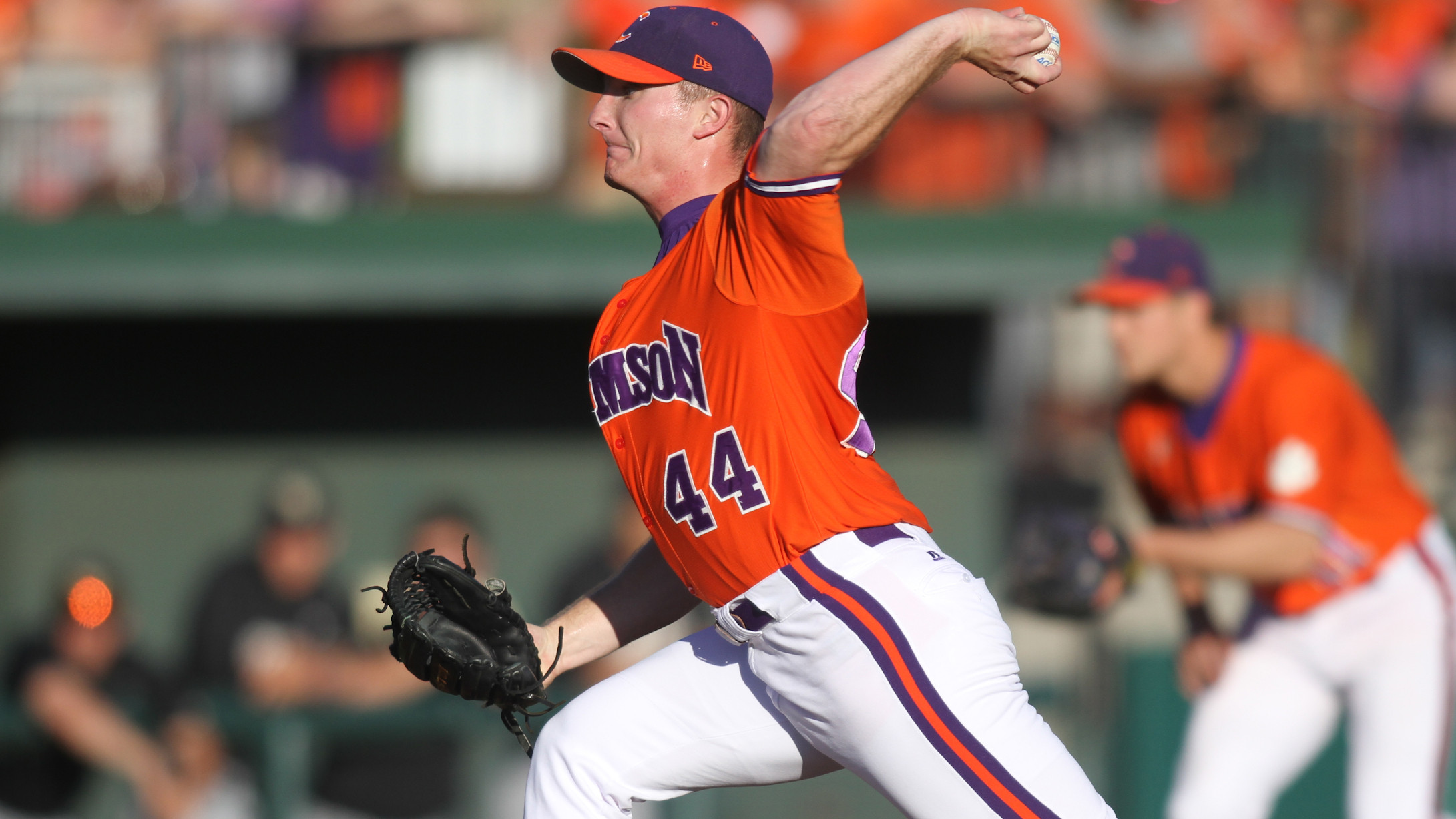 Matthew Crownover tossed 6.0 scoreless innings and five different Tigers tallied multiple hits to lead #15 Clemson to a 9-5 win over Maryland in the second game of a doubleheader at Doug Kingsmore Stadium on Monday night.  The Tigers, who won both games of the doubleheader to win the series 2-1, improved to 32-15 overall and 17-10 in the ACC.  The Terrapins fell to 28-23 overall and 9-18 in ACC play.

The Tigers scored four runs in the first inning and built an 8-0 lead with a run in the sixth inning.  Two costly Clemson errors played a big role in Maryland scoring five runs in the seventh inning.  But the Tigers held on for the win to give Jack Leggett his 1,256th career victory as a head coach.  He moved ahead of Jack Stallings into sole possession of 11th place for all-time wins by a head coach at the Division I level.

Maryland starter Alex Robinson (1-3) suffered the loss, as he yielded nine hits, seven runs, and three walks with one strikeout in 4.1 innings pitched.

In the fifth inning, Boulware belted a one-out single through the left side and Kennedy lined a single to left field.  Krieger followed with a single through the left side to score Boulware, then McGibbon walked to load the bases.  Brittle walked after being down in the count 1-2 to score Kennedy, then Krieger scored on pinch-hitter Kevin Bradley‘s sacrifice fly to center.

Jack Cleary led off the seventh inning with a walk after being down in the count 0-2, then Anthony Papio hit a potential double-play grounder to second.  But Wilkerson mishandled the ball and both runners were safe on the error.  Blake Schmit loaded the bases with no outs on an infield single, then Jose Cuas singled through the right side to score Cleary.  Charlie White followed with a single through the left side to score Papio and Schmit.  Jordan Hagel hit a potential double-play grounder to Bradley at third, who stepped on the base for out #1.  But his throw to first was errant and White scored on the error.  Kyle Convissar then lofted a sacrifice fly to left to score Hagel, cutting Clemson’s lead to 8-5.

The Tigers added an insurance run in the eighth inning.  Duggar led off with a walk and advanced to second on Boulware’s groundout.  Two batters later, Krieger hit a two-out double down the left-field line to score Duggar.

White went 4-for-5 with two RBIs and a run to lead the Terrapins, who totaled eight hits in the contest.

Clemson will return to action with a home-and-home midweek series against Furman starting Tuesday at Doug Kingsmore Stadium at 6:30 PM.