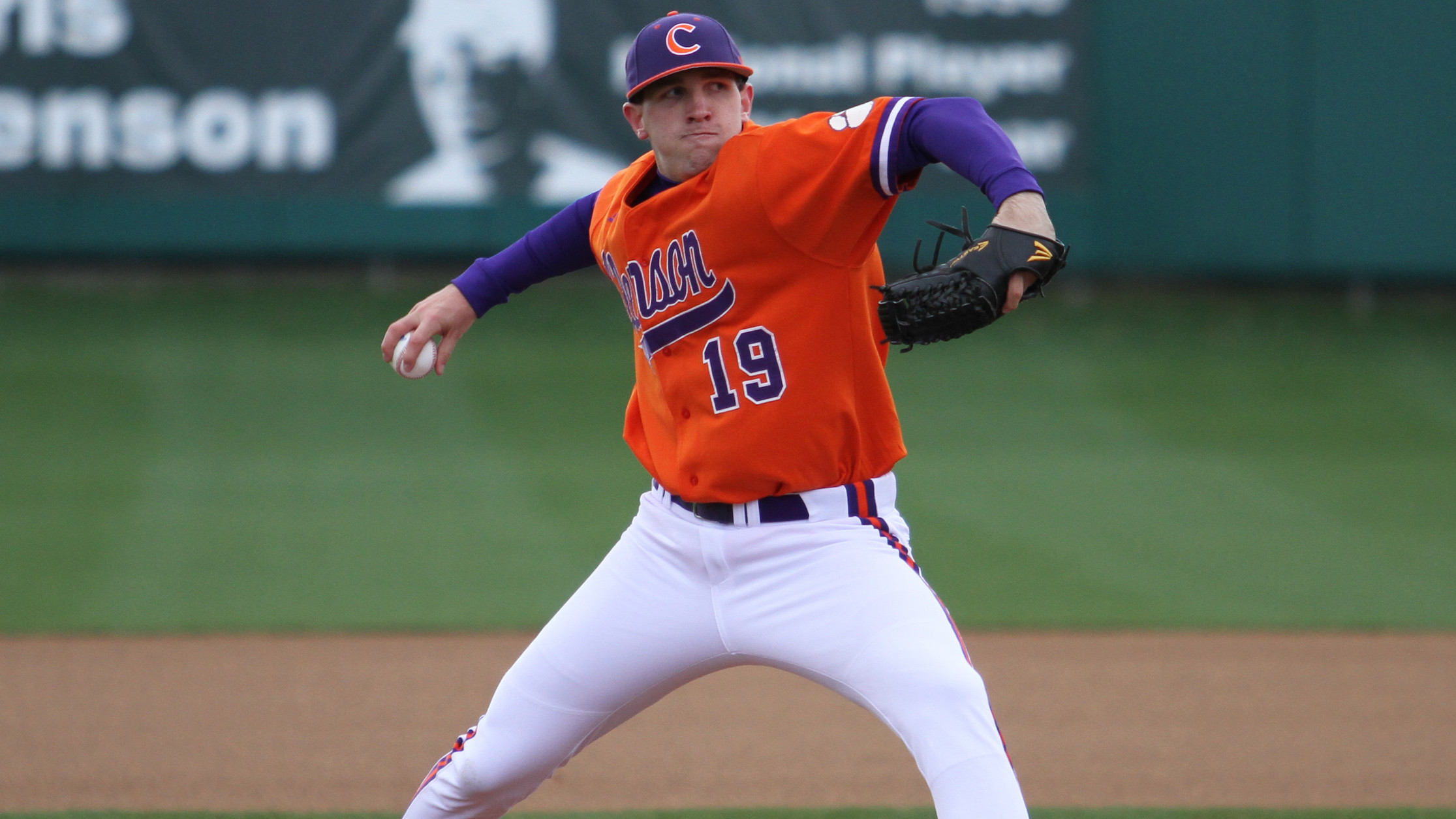 The #15 Clemson Tigers scored a season-high 14 runs in their 14-2 victory over Furman in the first game of a doubleheader at Fluor Field on Wednesday afternoon.  The Tigers improved to 33-15, while the Paladins fell to 26-21.

Freshman righthander Brody Koerner (1-1) earned his first career win by tossing 6.0 scoreless innings in the longest outing of his career and his first career appearance away from home.  He also struck out a career-high seven batters and allowed just one hit.

Ryan Dittmar (2-2), the first of five Furman pitchers, suffered the loss.  In 2.2 innings pitched, he yielded two hits, two runs, and three walks with one strikeout.

The Tigers took the game’s first lead in the second inning.  Shane Kennedy reached on a bunt single with one out and Tyler Krieger walked.  After both runners moved up a base on Jon McGibbon‘s groundout, Thomas Brittle reached on a two-out bunt single to score Kennedy.

In the third inning, Tyler Slaton led off with a walk.  Two batters later, Steve Wilkerson walked, then two batters later, Garrett Boulware drew a two-out walk to load the bases.  Kennedy then reached on an infield single to score Slaton.

McGibbon drew a one-out walk in the fourth inning and Brittle reached on a catcher’s interference.  Two batters later, Maleeke Gibson laced a two-out single to center to score McGibbon, then Wilkerson ripped a single through the right side to plate Brittle, giving Clemson a 4-0 lead.

In the sixth inning, McGibbon led off with a walk and Slaton was hit-by-pitch with one out.  Two batters later, Wilkerson drew a two-out walk to load the bases, then Steven Duggar lined a single to left-center to score McGibbon and Slaton.

Paul Nitto reached as the leadoff batter of the top of the seventh inning on an error by Kennedy at third.  Three batters later with two outs, pinch-hitter Jarrod Rickman belted a triple off the top of the wall down the right-field line to score Nitto.  Pinch-hitter Griffin Davis followed with a double to left-center to plate pinch-runner Matt Towarnicky.

Clemson responded with six runs in the bottom of the seventh inning.  Krieger drew a one-out walk and scored on McGibbon’s double to right-center.  Brittle followed with a bloop single to right field to score McGibbon, then Gibson blooped a single to right to score Brittle.  Wilkerson continued the onslaught with a triple to right-center to score pinch-runner Mike Triller and Gibson, then Duggar lined a double down the left-field line to score Wilkerson.

In the eighth inning, pinch-hitter D.J. Reader led off with a hit-by-pitch and advanced to third on Brittle’s double to right-center.  Two batters later, Reader scored on Gibson’s groundout to first, then Wilkerson hit a two-out double down the right-field line to score Brittle.

Clemson will play Furman in the second game of the doubleheader at Fluor Field at 7:00 PM.