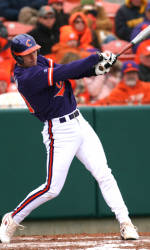 Four home runs that accounted for seven runs allowed #14 South Carolina to defeat Clemson 7-1 in front of 5,763 fans at Sarge Frye Field on Wednesday night. The Gamecocks, who took a 3-0 lead in the four-game, regular-season series, improved to 22-10 overall, while the Tigers dropped to 18-14.

Nick Godwin (3-2) pitched 8.0 superb innings, allowing just four hits, one run, and no walks with eight strikeouts in throwing 115 pitches. His 8.0 innings pitched tied his career-long outing, while his eight strikeouts were a career-high. Tiger starter Craig Gullickson (3-2) suffered the loss, as he allowed six hits and five runs in 2.1 innings pitched.

In the bottom of the first inning, Reese Havens led off with a walk and went to second on Whit Merrifield’s sacrifice bunt. Smoak singled to left field, then Darnell crushed a 3-2 pitch well over the fence in left field for a three-run homer.

In the third inning, Smoak hit a one-out double to right field and Darnell followed with a two-run homer to left-center, his second of the game and 12th of the season. After Casey Harman entered the game in relief of Gullickson, Disher hit Harman’s first pitch over the fence in left-center for a solo home run, his 10th of the season.

Smoak added a one-out, solo home run to left field in the fifth inning. It was Smoak’s ninth home run of the season.

The game was Clemson’s last-ever regular-season game at Sarge Frye Field, as South Carolina is scheduled to move into a new ballpark in 2009.

Clemson will play host to North Carolina at Doug Kingsmore Stadium on Friday at 7:15 PM. 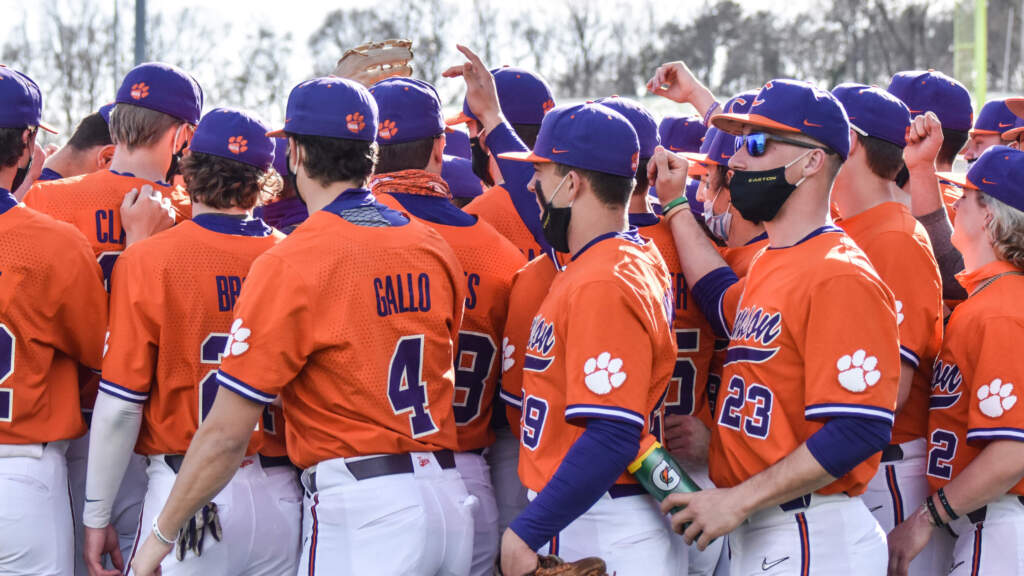 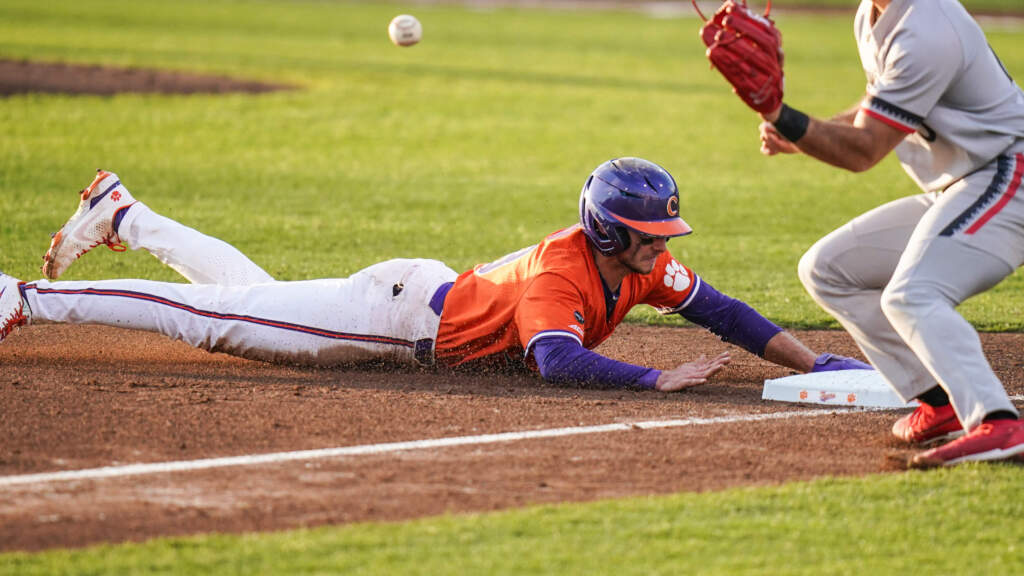