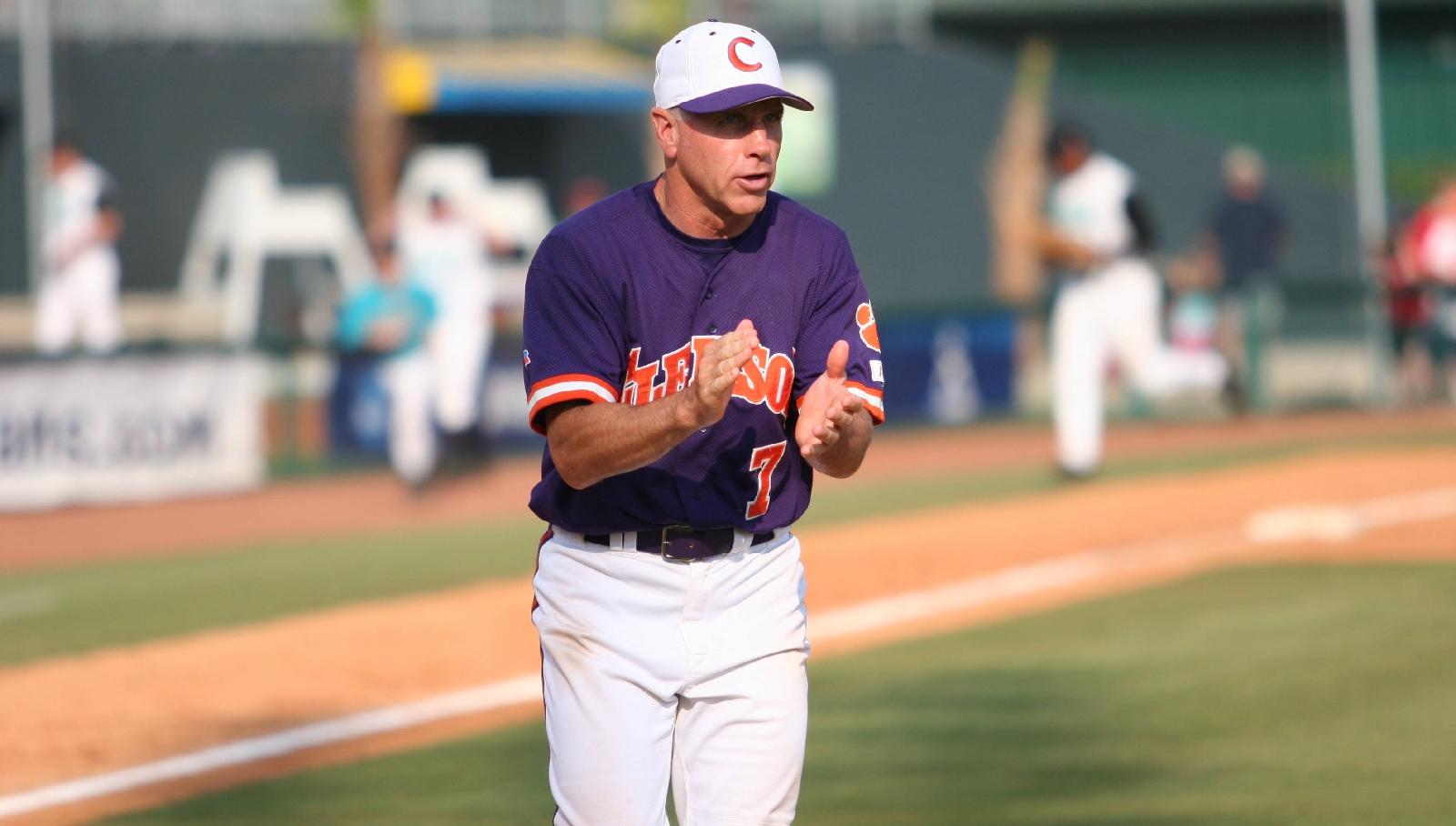 QUICK HITS• Clemson has put its leadoff battter on base 13 times in 26 opportunities this season.• Red-shirt freshman Andrew Cox has made an immediate impact, going 4-for-9 (.444) with a .615 on-base percentage and two steals.• Clemson’s lefties (Zack Erwin, Matthew Crownover) have allowed just one earned run and no walks with 13 strikeouts in 9.0 innings pitched.

ATTENDANCE• Clemson averages 5,145 fans per date in 2014, the sixth-highest figure in the nation (through games of February 16).• Clemson has had a top-20 national figure in average attendance 20 straight seasons and a top-10 figure 12 years in a row (entering 2014).

LEGGETT FACES ALMA MATER• Head Coach Jack Leggett was an all-star performer in baseball and football at Maine (1973-76), Clemson’s opponent this weekend.• He captained the 1976 Maine team that played in the College World Series, which also featured Clemson. The two teams did not play in Omaha.• He was a two-time All-Yankee Conference defensive back and placekicker. He still holds the school record for the longest field goal (52).• Leggett graduated from Maine in 1976 with a degree in physical education and minor in history.• As a head coach, he has an 18-18 career record (2-13 at Vermont, 1-4 at Western Carolina, and 15-1 at Clemson) against his alma mater.

CROWNOVER SPEEDS UP• Sophomore lefthander Matthew Crownover had “Tommy John” surgery in March of 2012, therefore he was not 100 percent as a freshman in 2013.• His fastball has sped up in 2014, as evidenced by his nine strikeouts in 5.0 innings pitched against Eastern Michigan on February 15.• He has an 8-3 career record and 2.16 ERA along with 54 strikeouts against 17 walks in 75.0 innings pitched over 16 outings (15 starts).