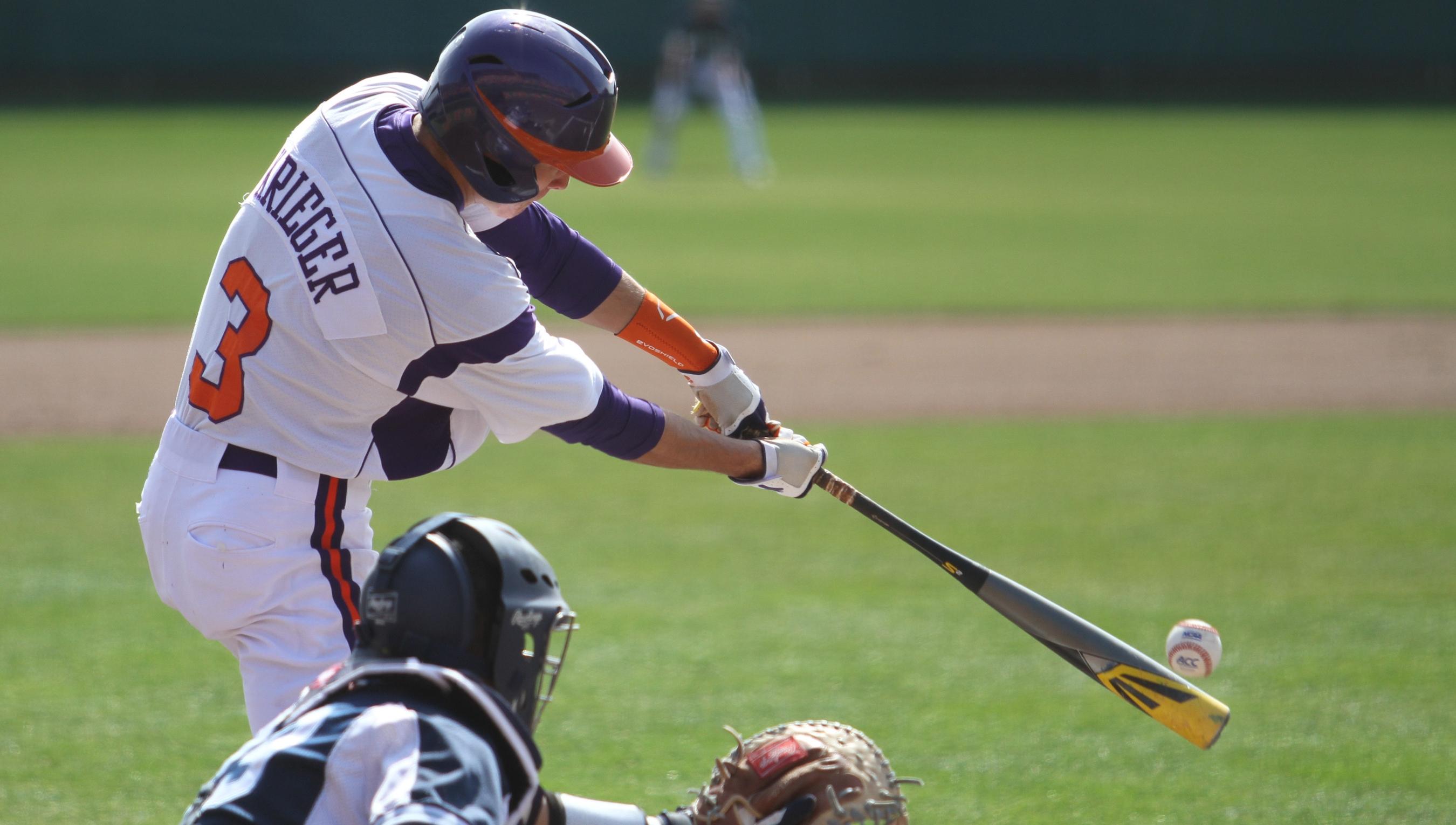 Garrett Boulware went 3-for-4 with three RBIs to lead #13 Clemson to a 10-2 win over Maine at Doug Kingsmore Stadium on Sunday afternoon to complete the three-game sweep. The Tigers (5-1) scored four runs in the first inning and added four runs in the third inning to build a 9-1 lead and never looked back against Maine, Tiger Head Coach Jack Leggett‘s alma mater.

“I am very pleased that we got the sweep,” said Leggett.  “We have good energy and have guys on this team that really love to play and love to practice, which is always fun to be around.  Overall, we played good baseball and when we forced Maine into mistakes, we took advantage of those mistakes.  We pitched well, played good defense, and swung the bats well this weekend.”

Boulware paced Clemson’s 12-hit attack, while 10 Tigers in all had at least one hit. Steven Duggar extended his hitting streak to 15 games as well.

The Tigers host Presbyterian College at Doug Kingsmore Stadium on Tuesday at 4:00 PM.