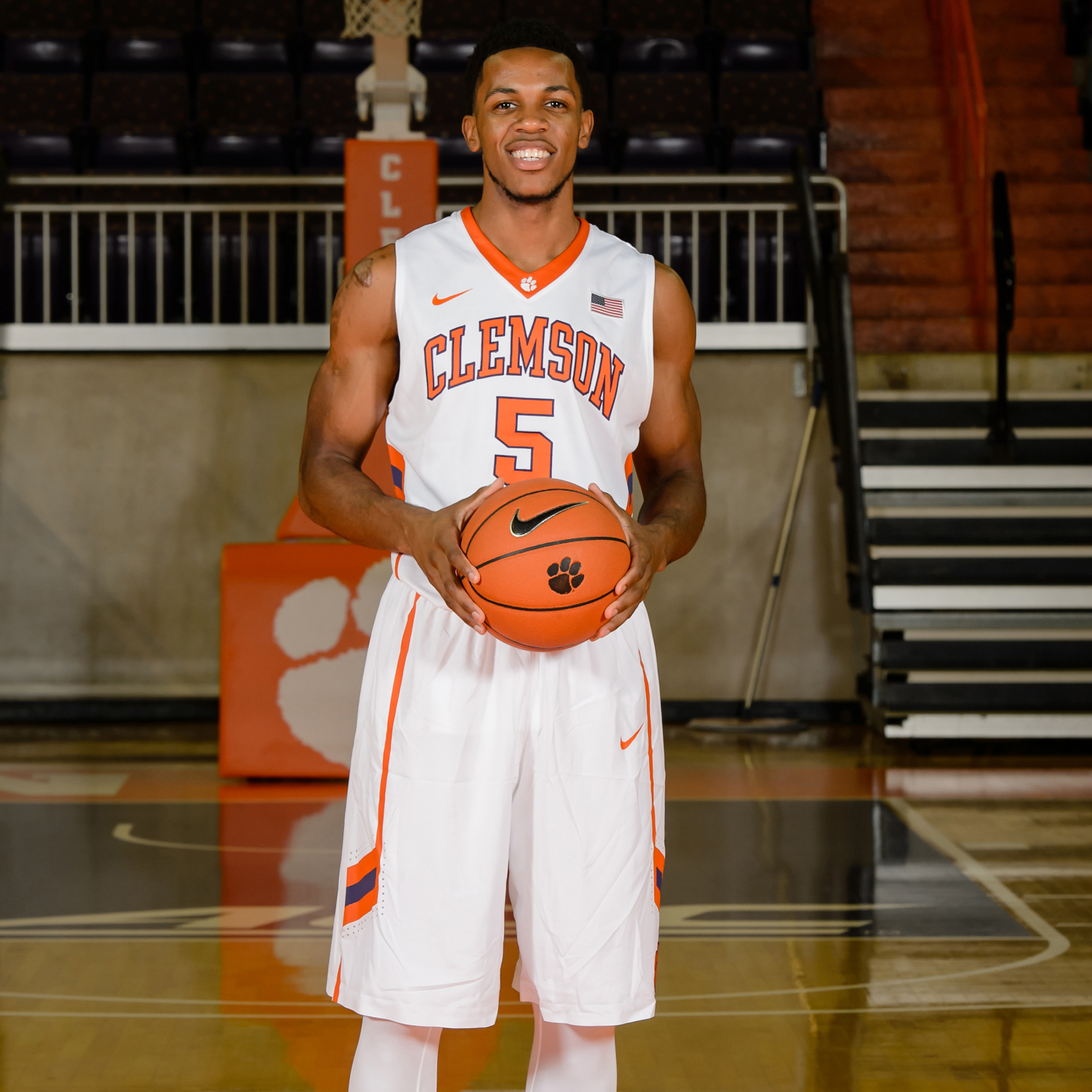 “10 for Thursday” with Jaron Blossomgame

CLEMSON, S.C. — Two days out from the Tigers’ public exhibition against Anderson, we caught up with sophomore forward Jaron Blossomgame to ask him “10 for Thursday.” Blossomgame averaged 4.9 points and 5.0 rebounds per game as a freshman in 2013-14, but like all returning players for Brad Brownell’s program, is looking to take the next step.

CT.com: Coming off an NIT season, what has been the mood of the team throughout practice?

Blossomgame: Everybody’s in high spirits and looking forward to the season right now. Last season was good for us. Guys are ready to make steps in the right direction toward the NCAA Tournament this season.

CT.com: Last week the ACC media predicted the Tigers to finish 11th this season. Do you pay attention to that type of stuff?

Blossomgame: I see it. As a team, last year we were picked 13th and finished sixth. You can’t pay too much attention to it. They don’t know how much work you put in during the offseason. That (prediction) shouldn’t affect what we do every day.

CT.com: Give us one reason you believe this year’s team is better than the 2013-14 group.

Blossomgame: Well, everyone’s gotten better. Seeing K.J. (McDaniels) go to the NBA sparked something in some guys’ heads that this is their opportunity. As veterans we only have two or three years to get it done, so you better get in the gym and work. A couple of guys were with me in the gym every day this summer, just getting shots up. We have some really good pieces this season that we didn’t have last year. More guys can score double figures. Last year, we were a little one-dimensional offensively. K.J. carried most of that load.

CT.com: Tell us one veteran who may surprise Tiger fans with his development.

Blossomgame: I think Landry Nnoko will surprise a lot of people. He’ll be blocking shots, scoring down low and rebounding for us. He’ll be a big factor defensively for us.

CT.com: Tell us one newcomer who has impressed you throughout fall practice.

Blossomgame: Donte Grantham. What I like about him is that he’s really competitive. He reminds me a lot of myself in that regard. He’s open to learning to new things. As a freshman, that’s important because you can have a lot thrown at you. With his game itself, he’s 6-8 and can pass, dribble and shoot. He’ll be a big help for us offensively and defensively. He’ll surprise a lot of people as well.

CT.com: What have you focused on individually during fall practice?

Blossomgame: I’ve worked out a lot with (Assistant) Coach (Steve) Smith and he really wants me to drive the lane and attack the paint. Whether I shoot my floater, get fouled or make the right read and find a teammate, I need to develop that to become a better overall player.

CT.com: How much have coaches challenged you throughout fall practice?

Blossomgame: With K.J. leaving, a lot of people have questioned us on who will step up to provide scoring or create offense. Every workout this summer, Coach Smith challenged me to work on my ball-handling, my shooting. I took that in, and tried to come in every day with the focus of getting better.

CT.com: What is one piece of advice you learned either playing with K.J. McDaniels or observing him?

Blossomgame: Just to stay positive. Stay consistent. He was always a consistent player. He always played with high energy, whether we’re up by 20 or down by 20. He had a high motor, that’s the one really big thing about him. He played hard every possession.

CT.com: Two days away from the exhibition, what do you hope to see from the team?

Blossomgame: Constant improvement. We’ve had some hard practices this week, watched a lot of film to correct some of the mistakes we’ve been making.

CT.com: If you could ask one thing of the Tiger fans, what would it be?

Blossomgame: Support us like they did in the NIT last season. It was amazing to come out and see the games sold out, with fans riled up to see us play. Come out from the get-go this season. We’ll be ready to play and work as hard as we can.