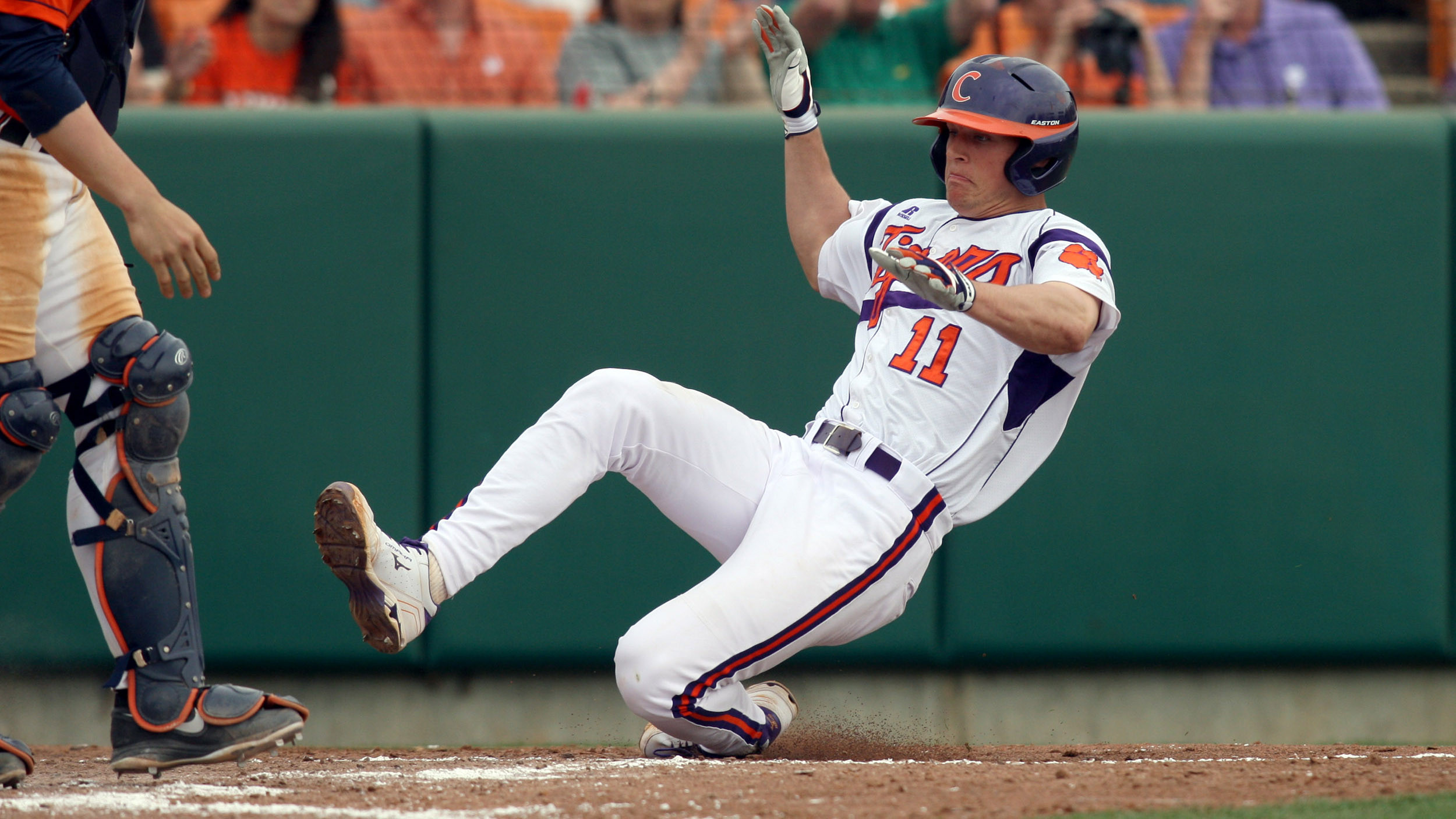 Righthanders Benton Moss and Trent Thornton combined to allow just six hits, two unearned runs, and one walk with 13 strikeouts to lead #1 North Carolina to a 6-2 win over Clemson at Boshamer Stadium in a game that started Sunday and ended Monday due to inclement weather.  The Tar Heels, who took a 2-0 series lead, improved to 25-1 overall and 9-1 in the ACC.  The Tigers dropped to 16-11 overall and 5-6 in ACC play.

Thornton (6-0) pitched the final 6.1 innings to earn the win.  He gave up six hits, two unearned runs, and no walks with seven strikeouts.  Starter Benton Moss pitched 2.2 hitless and scoreless innings with six strikeouts on Sunday night before the game was postponed.

With two outs in the top of the third inning, rain arrived and play was suspended until Monday.

In the fifth inning, leadoff batter Jon McGibbon reached on a throwing error by Zolk at second.  Shane Kennedy followed with an infield single to third on an 0-2 pitch, then McGibbon was erased at third on Thomas Brittle‘s bunt.  Jay Baum followed with a potential inning-ending, double-play grounder to short.  After the out was made at second, Brittle’s hard slide forced Zolk’s errant throw to first, allowing Kennedy to score.

After the Tigers left the bases loaded without scoring a run in the top of the sixth inning, the Tar Heels added to their lead in the bottom of the sixth inning.  Michael Russell ripped a one-out, infield single to third and advanced to third on an error on a failed pickoff attempt.  Holberton was picked off first and stayed in a rundown as Russell scored ahead of the throw home.

In the seventh inning, Lassiter lined a one-out single to right-center and Colin Moran was hit-by-pitch.  Moran was erased on Skye Bolt’s fielder’s choice, then Bolt stole second.  Cody Stubbs came through with a two-out single up the middle to score Lassiter and Bolt, giving the Tar Heels a 5-1 lead.

Steven Duggar lined a one-out single to left-center and moved to second on the play on an error in the top of the eighth inning.  Two batters later, Garrett Boulware reached on an infield single to score Duggar.

In the bottom of the eighth inning, Zolk drew a leadoff walk and advanced to second on Roberts’ sacrifice bunt.  Two batters later, Lassiter laced a two-out single through the left side to score Zolk.

Boulware and Kennedy both went 2-for-4 to lead Clemson, who amassed six hits in the contest.

Clemson and North Carolina will play game-three of the three-game series on Monday at 6:00 PM.  The game will be televised by ESPNU.