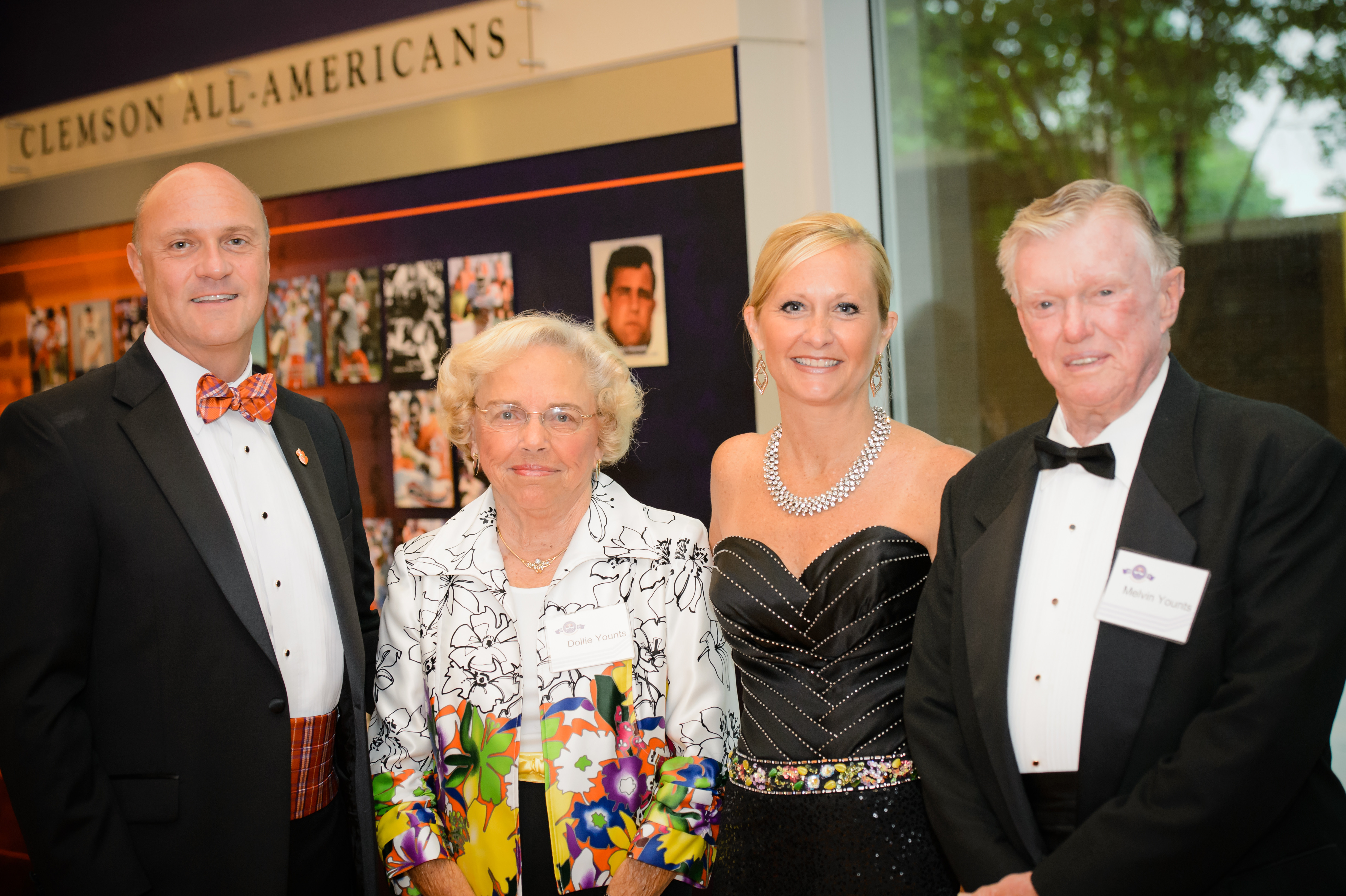 “Melvin and Dollie have been tremendous supporters of various institutions and initiatives throughout the Upstate including Furman University, North Greenville University, Columbia College, Greenville Technical College, the Younts Performing Arts Center and the Kerry Ann Younts Culp Library in their hometown of Fountain Inn,” President James P. Clements said. “We’re thankful for their support of our athletics programs and the impact their gift will have on student-athletes and Clemson fans for generations to come.”

The Clemson Athletic Cornerstone Program is a vital part of the new athletics facilities initiative. With new facilities, upgrades and rebuilds planned for or underway at football, basketball, baseball, tennis, soccer and academic support, it is the most comprehensive change to the facilities of athletics ever undertaken at Clemson.

“Melvin and Dollie’s generous gift will make an immediate impact as IPTAY continues to support the aggressive facilities upgrade underway for Clemson Athletics,” IPTAY CEO Davis Babb said. “Their support, and the support of each of our Cornerstone Partners, is vital to the continued success of our athletic programs.”

Mr. Younts, a retired attorney with the firm of Younts, Alford, Brown and Goodson, is Trustee and Chief Executive Officer of Palmetto Real Estate Trust. A 1950 graduate of Furman University and 1952 graduate of USC School of Law, he serves on the Board of Trustees at North Greenville University and is a lifetime member of the Advisory Council at Furman University.  Melvin is the current President of the Cultural Arts Foundation of Fountain Inn.  Dollie is a 1951 graduate of Columbia College.

The Yountses are noted philanthropists in the Upstate, having contributed significantly to various community organizations. Melvin and Dollie had five children, and youngest son Laney graduated from Clemson in 1987. The Younts grandchildren with ties to Clemson include alumni Trent Culp (’07), Will (’08), Wesley (’14) and Savannah (’15), Katie (’11), and Clemson students Kerry (junior) and Grayson (freshman).

This cornerstone gift is part of Clemson University’s The Will to Lead capital campaign which was launched in 2006 in support of students, faculty, facilities and engaged learning. The campaign closed in July after it not only surpassed the goal of $1 billion — the largest attempted by a public university with an alumni base our size — it was the largest fundraising effort in the state of South Carolina.