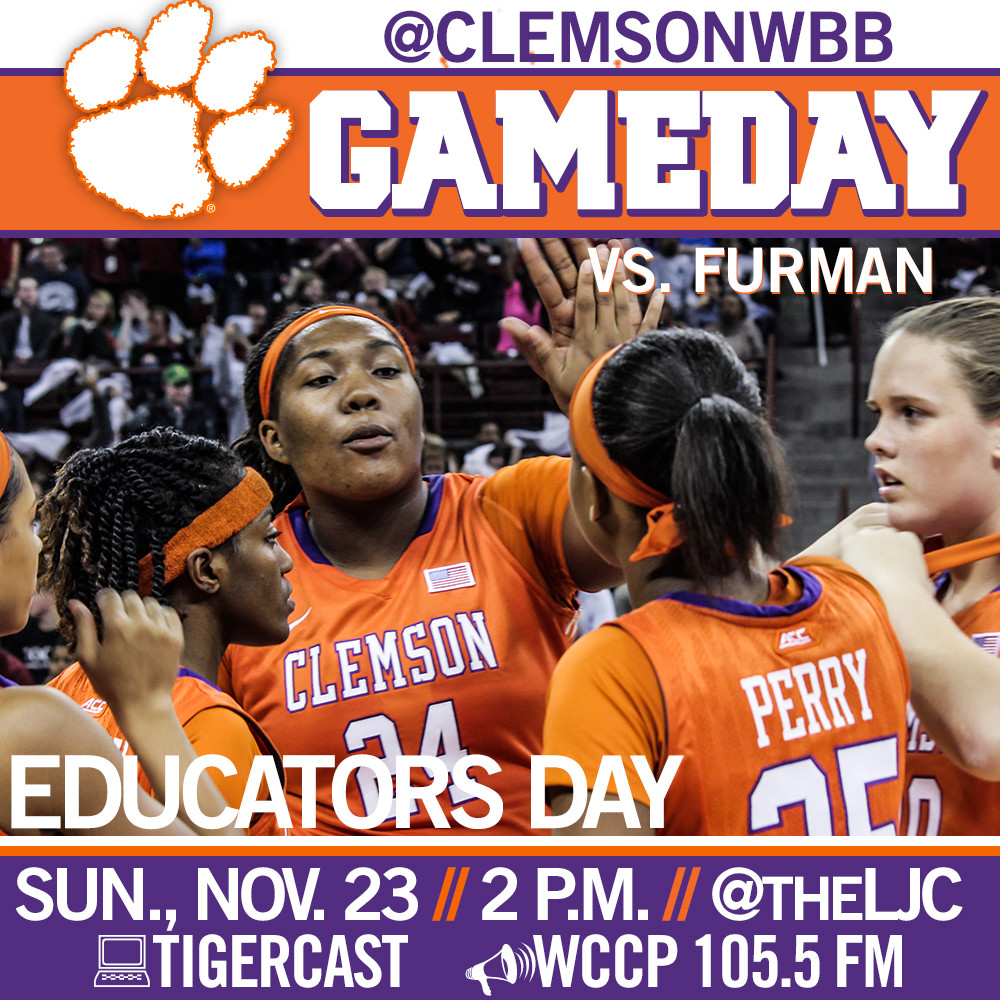 CLEMSON, S.C. – The women’s basketball team will take on undefeated Furman (3-0) at 2 p.m. on Sunday on Educators Day, where all educators will receive free admission and can purchase half-price tickets for family members. Clemson (2-1) is coming off a loss at No. 2 South Carolina.

Five Clemson players have scored in double-figures in a game this season, led by freshmen Shelbie Davenport (12.7 ppg) and Cha’nelle Perry (12.3 ppg). Perry is second on the team in scoring, field goal percentage and assists, and leads in rebounding (6.0 rpg).

This is the first meeting between Clemson and Furman since 2011, and the Tigers lead the all-time series, 22-3.