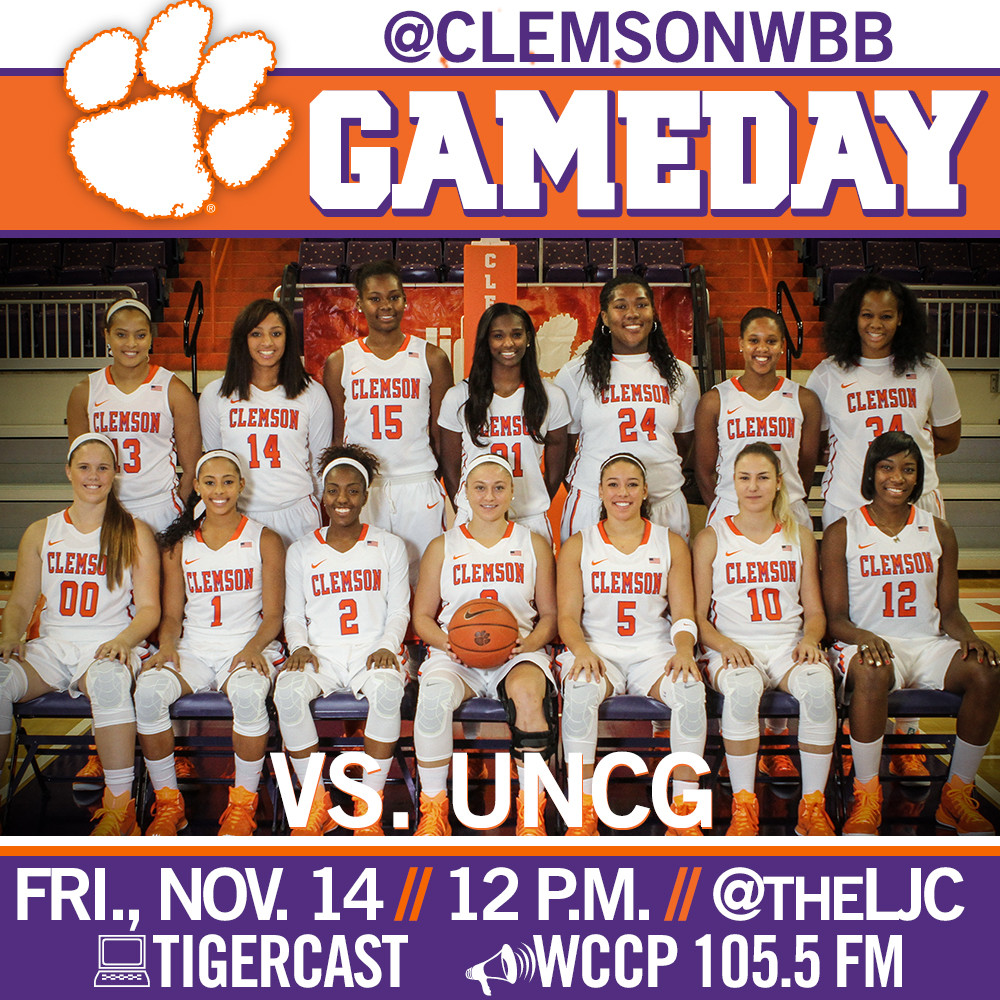 CLEMSON, S.C. – The Clemson women’s basketball squad opens the 2014-15 campaign at noon against UNCG in Littlejohn Coliseum. More than 500 area students will be in attendance for the first “Learning in Littlejohn” event.

The Tigers open the season with ten newcomers and just four returners in head coach Audra Smith’s second season. Clemson won both of its exhibition games this season, and saw .865 percent of scoring come from newcomers in those contests.

The matchup sets Smith against UNCG coach Wendy Palmer, who attended UVa while Smith was on staff. The two met last season in Greensboro, a 77-71 Clemson win. The Tigers hold a 5-1 advantage in the all-time series.