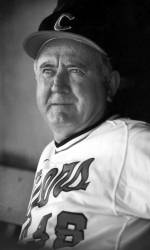 The eight individuals will be inducted into the state’s highest athletic honor on May 14 at the Columbia Metropolitan Convention Center. Tickets (table of eight for $500) and program sponsorships can be purchased by calling the SCAHOF office at (803) 779-0905. The affair, which includes a reception, dinner, and a raffle, will begin at 5:30 PM.

Bill Wilhelm A 2011 inductee of the National College Baseball Hall of Fame, Wilhelm coached at Clemson for 36 years (1958-93) and never had a losing season. His 1,161-win total was fifth-best in the nation at the time of his retirement and still is in the top 20 in Division I history. He led Clemson to 19 regular-season ACC Championships, seven ACC Tournament titles, and remains the career wins leader in the ACC with 381.

Wilhelm’s teams were immediately successful, with the 28-year-old head coach taking his first two teams to the College World Series in Omaha in 1958 and 1959. His teams would return to Omaha four more times in 1976, 1977, 1980, and 1991. Among Wilhelm’s legacies was his invention of the ACC Tournament, which began in 1973 and provided the template for other conferences around the nation.

From 1973-85, Wilhelm’s teams either won the ACC title or played in the championship game, a streak that speaks to the dominance of the baseball program under his leadership. Wilhelm coached 88 First-Team All-ACC selections and had 100 players sign professional contracts, with 27 players advancing to Major League careers.

Wilhelm’s last team in 1993 provided a fitting farewell for the legendary coach, winning the ACC Tournament in dramatic fashion with a three-run homer late in the game. Wilhelm passed away in 2010.

While at Clemson, he was an honorable mention All-American and the first ACC player to lead the conference in both rebounding and field goal percentage in consecutive years. He is one of just three players in conference history to accumulate 1,500 points, 1,200 rebounds, and 200 blocked shots in a career. He was named an All-ACC player three times, becoming only the fourth Clemson player to do so.

Davis helped lead the Tigers to an ACC championship in 1990, the first title in program history. At the time of his graduation, he ranked in the Top-10 in ACC history in three categories and is one of only four players to lead the conference in rebounding three straight seasons.

After graduating with a degree in management, Davis was drafted by the Indiana Pacers in the first round of the 1991 NBA Draft (13th overall). In his first nine years, he led the Pacers in field goal percentage and is ranked first in team history in that category and rebounding. In 2000, he was selected to participate in the NBA All-Star game. He played in the Final Four of the NBA Finals four times and was ranked 22nd in NBA history in career field goal percentage. He also played for Portland, Golden State, New Orleans and Detroit, and was inducted into the Clemson Hall of Fame in 1996.