The Tigers earned their 13th selection to the NCAA’s Big Dance.

CLEMSON, S.C. — Clemson University men’s basketball earned an at-large bid into the 2021 NCAA Tournament as a No. 7 seed and will face the No. 10 seed Rutgers. The first-round Midwest Region matchup will take place on Friday, Mar. 19 at a to-be-announced time, network and location. All games in the 2021 Tournament are being held in the Indianapolis area. The winner will take on the winner of a matchup between (2) Houston and (15) Cleveland State.

This marks the second time in the last four seasons that Head Coach Brad Brownell has the Tigers advancing to the NCAA Tournament. Overall, Brownell this will be Brownell’s sixth NCAA Tournament, and third at Clemson. The Tigers will be making their 13th appearance overall. All have taken place since 1980.

Clemson enters the first-round game with a 16-7 record, including a 10-6 mark in regular season ACC games. The 10 conference victories are tied for the second-most in program history, while the win percentage is tied for fourth best. The Tigers are 2-1 all-time against Rutgers with the last matchup coming in the 2015-16 season, a 76-58 victory in Las Vegas, Nev.

The Tigers have four non-conference wins over Power 5 teams, the only ACC team that can make that claim. In average NET ranking of wins, the Tigers are tied for 10th with a score of 92. They are 3-0 against teams listed in the top 12 (Alabama, Purdue and Maryland). 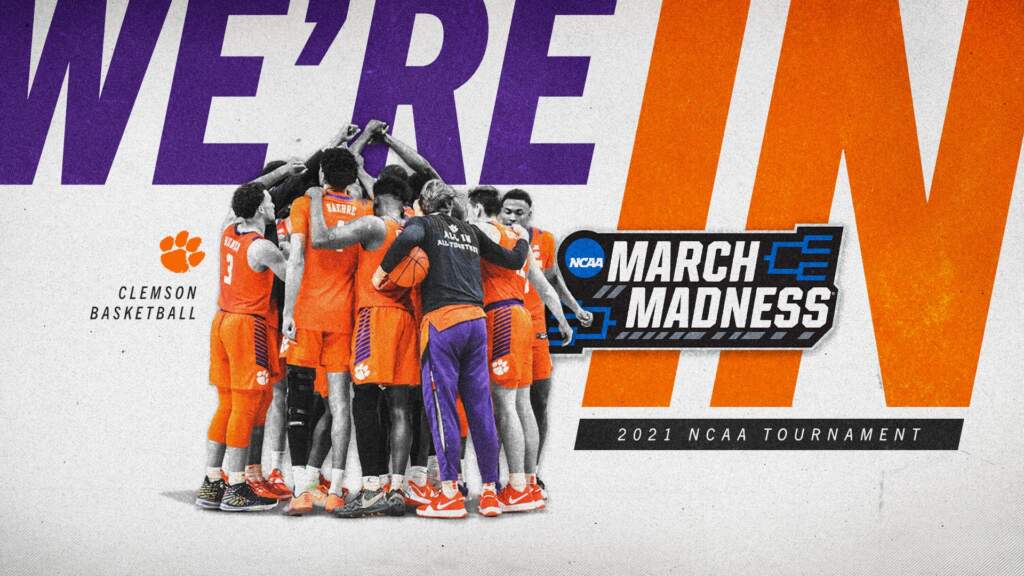 Congratulations to our student-athletes, @Coach_Brownell & his staff on this tremendous accomplishment!! Proud of this team!! #ClemsonGRIT https://t.co/iczTykD2Ds

Clemson’s guard play has been more than stellar this season with the combination of Al-Amir Dawes, Nick Honor and Clyde Trapp.

Dawes, Honor and Trapp account for nearly 25.0 points per game, nearly 9.0 rebounds per game and nearly 7.0 assists per game. Trapp posted a career-high 11 assists in a win over Syracuse (Feb. 6). Dawes and Honor have combined for 20 double-digit scoring games and two 20-point outings.

The Tigers have been ultra-impressive from the free throw line this season. As a team, Clemson is fourth in the league and 31st in the country. It’s mark of 76.5 percent is currently first in program history. Five other Brad Brownell teams are listed in the top 10.

Clemson’s most successful NCAA run came in 1980, the first year Clemson was selected. The Tigers won three tournament games under head coach Bill Foster and reached the Elite Eight of the tournament before losing to UCLA. Clemson also made the Sweet 16 in 1990 under Cliff Ellis and 1997 under Rick Barnes.

Most recently, Clemson returned to the Sweet 16 in 2018 behind two wins in San Diego, Calif., including a 31-point victory over No. 4 seed Auburn in the second round. It was the largest margin of victory by a lower seed in tournament history.

Coach Brownell has taken three different programs to the NCAA Tournament. He previously took UNC Wilmington in 2003 and 2006, Wright State in 2007 and Clemson in 2011 and 2018. He took each school to the tournament in his first year with the program.