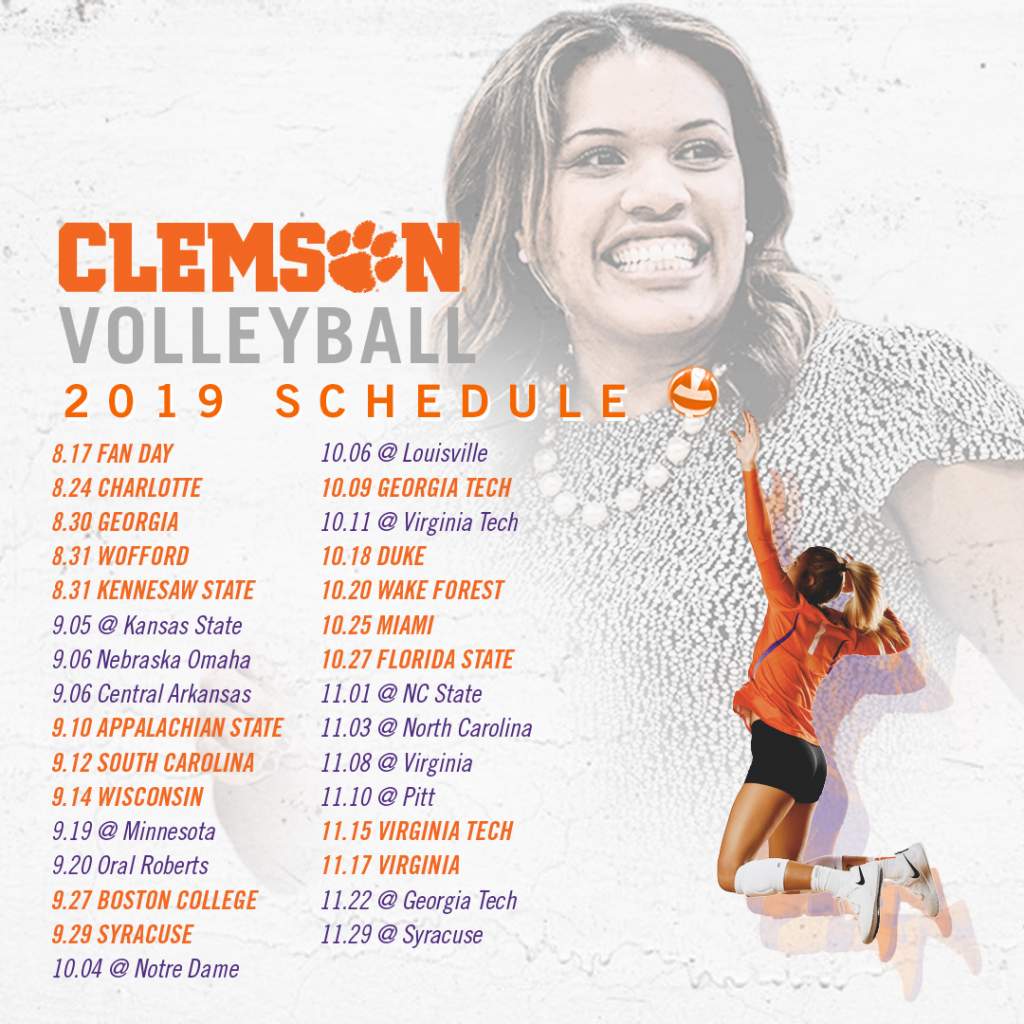 “We are excited to release our 2019 schedule,” said Clemson head coach Michaela Franklin. “I’m pleased with the way our non-conference schedule shaped up and the challenge it presents. We have confidence in our team that they are ready for this next level of competition. We are most looking forward to having a strong home slate as we love playing in Jervey Gym in front of our Clemson Family.”

Clemson, which achieved an overall record of 19-15 – a 12-win improvement from 2017 – kick off the season with Fan Day in Jervey Gym on Aug. 17, followed by four consecutive home matches. The Tigers host Charlotte in its lone exhibition match on Saturday, Aug. 24 at 3 p.m. Clemson will then host the annual Big Orange Bash (Aug. 30-31) the following weekend as they entertain Georgia, Wofford and Kennesaw State.

The Tigers will hit the road as they head to Kansas State – Franklin’s alma mater – for the Wildcats’ tournament (Sept. 5-6), which also features Nebraska Omaha and Central Arkansas.

Clemson will then play host to Appalachian State (Sept. 10) in the Tigers’ first of two mid-week matchups in Jervey. Last season, Clemson defeated the Mountaineers in five-sets in route to winning the Appalachian Invitational tournament in Boone, North Carolina.

The Clemson Classic (Sept. 12-14) will serve as the Tigers’ second home tournament and features in-state rival South Carolina and Wisconsin, the latter of which went as far as the quarterfinals in the 2018 NCAA Tournament and finished sixth in RPI among all NCAA teams.

ACC action kicks off in Jervey Gym as the Tigers play host to Boston College (Sept. 27) and Syracuse (Sept. 29). Clemson is slated to face each ACC opponent at least once,  and will challenge the Orange, Georgia Tech, Virginia and Virginia Tech in home-and-home series.

Clemson is scheduled to honor defensive specialist Emily Curtis for Senior Day in its home finale against the Cavaliers on Nov. 17. 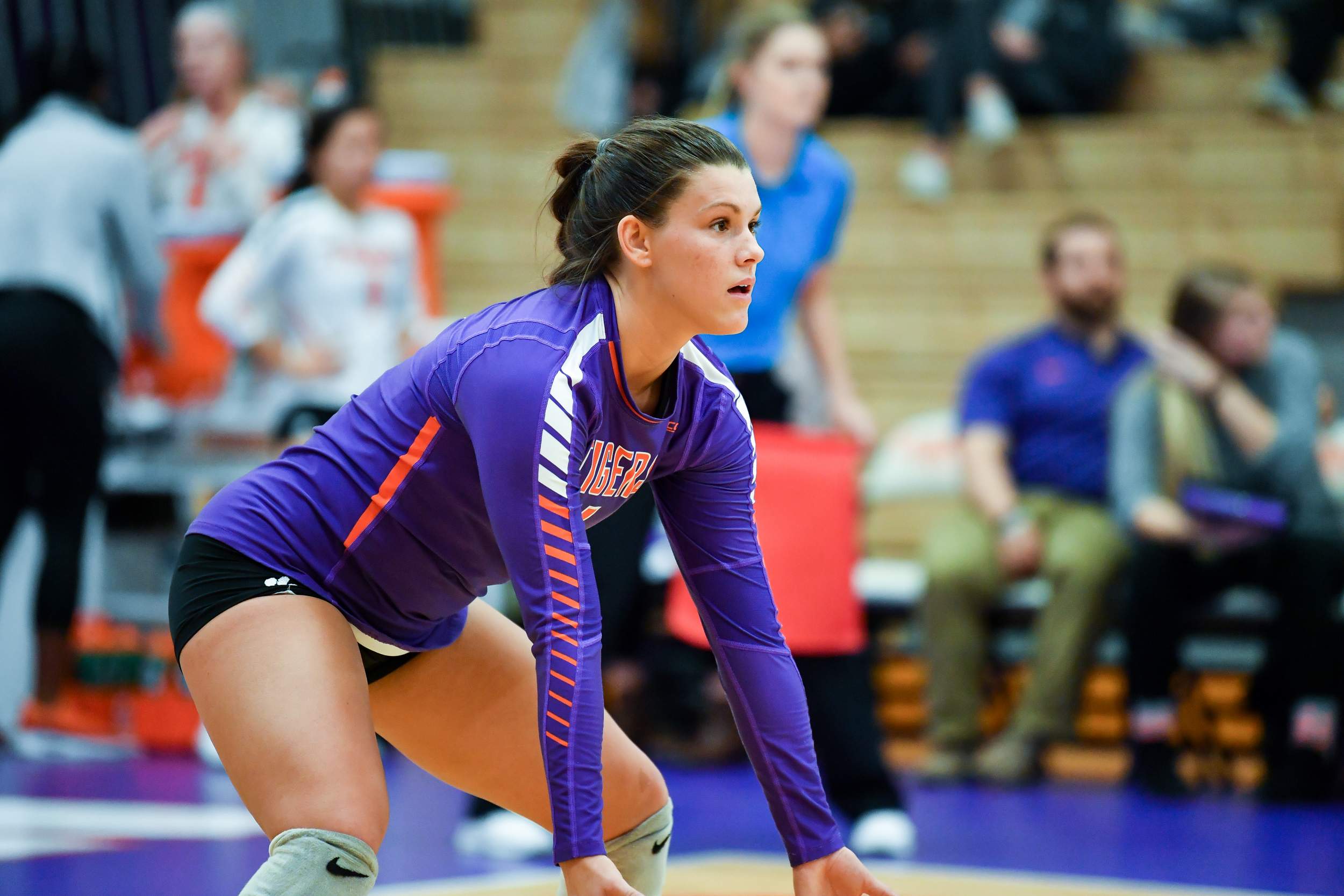 For the second straight year, the Clemson athletic ticket office is accepting requests for reserved end-line-seating season tickets. First priority will be given to fans who purchased season tickets last year and then by order of IPTAY annual giving level. In addition to end-line seating for every regular-season home match, fans will have the opportunity to attend ‘Chalk Talks’ with Franklin before select matches and receive an exclusive gift.

The Tigers’ broadcast and home promotional schedule will be announced at a later date. 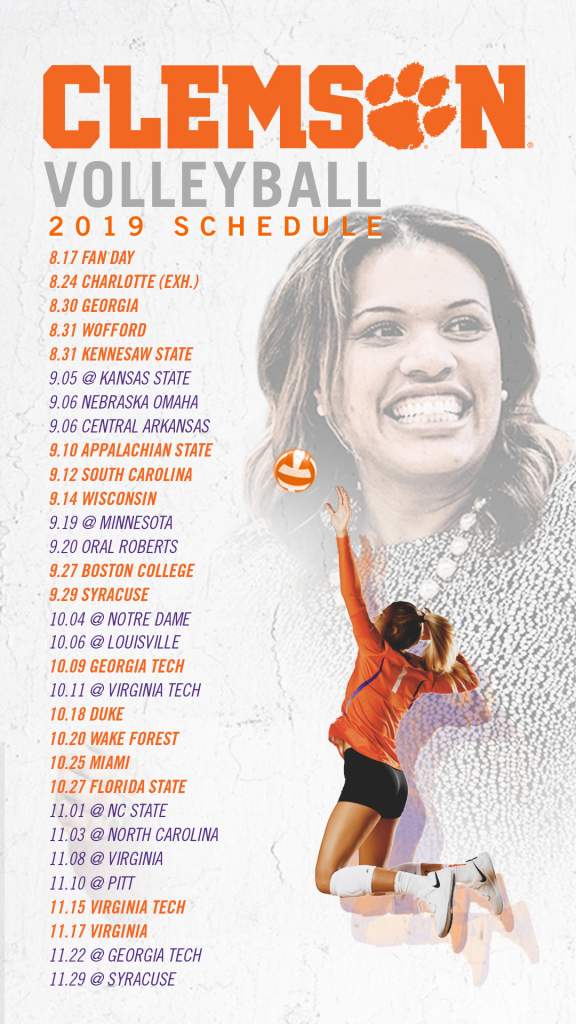