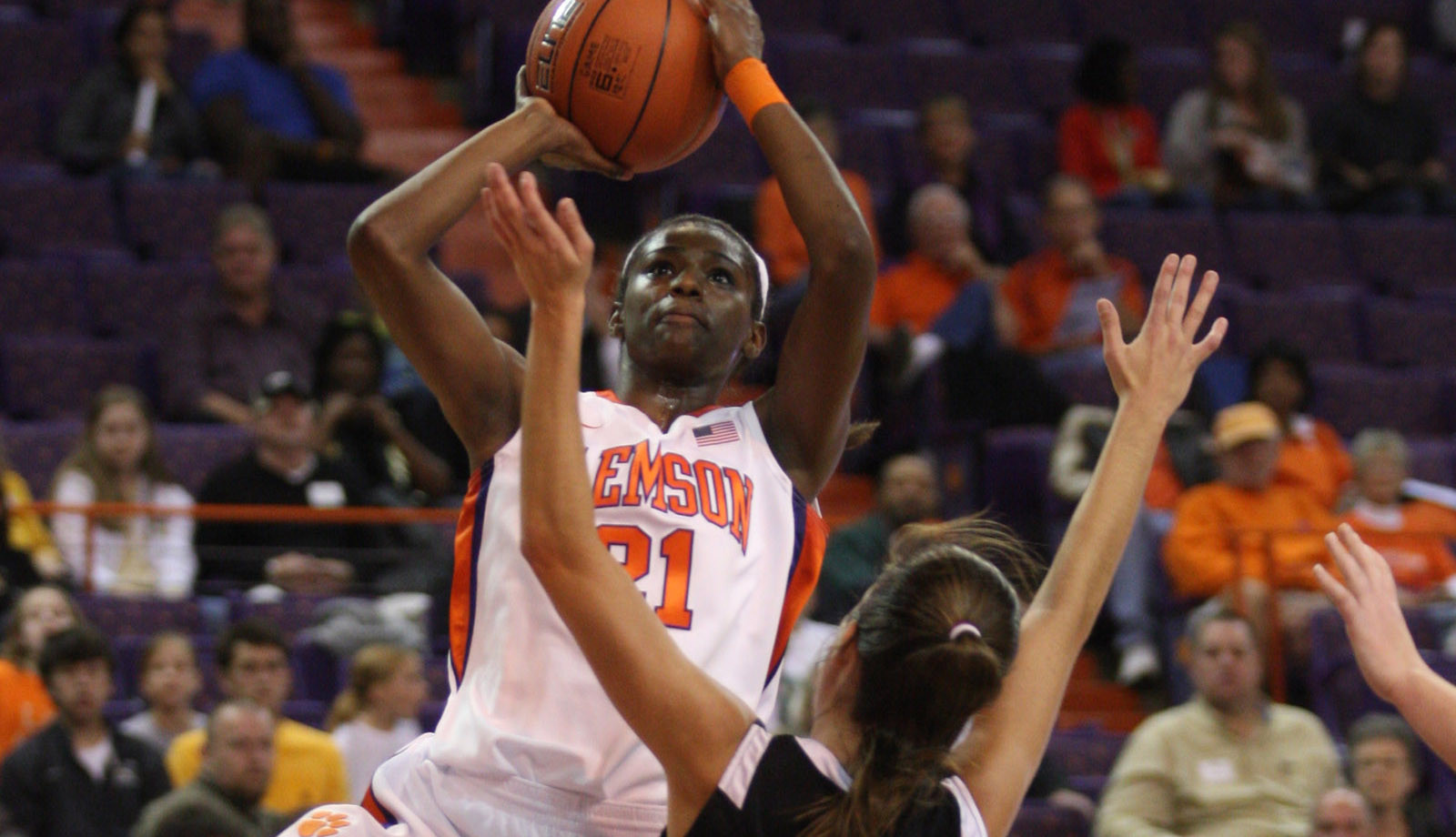 CLEMSON, SC – The Clemson women’s basketball team suffered a 75-73 loss in overtime against the University of South Florida Bulls (2-0) on Tuesday in Littlejohn Coliseum. Four Lady Tigers hit double-figures, as Clemson drops to 0-2, with their losses coming by a combined five points.

The game was within one possession for the final 27 minutes, save for one span of 54 seconds, when the Bulls held a five point lead. Freshman Jonquel Jones had another strong effort, following up her 10 point, 13 rebound effort in her debut with 14 points and 14 rebounds on Tuesday.

“Jonquel is so versatile,” said head coach Itoro Coleman. “She has a knack for the ball. Whenever there is a shot that goes up, she’s going to find a way to get her hand on the ball. She has a gift.”

The Lady Tigers did well to handle USF’s pace and press, as they had just 18 turnovers in the contest, many of which were of the deadball variety. The Tigers fell to 10-2 all-time following a loss in the season-opener, and dropped their first overtime contest since Feb. 19, 2006.

Clemson has dropped back-to-back games to open the season despite shooting a higher percentage from the field and from the line in each. The difference in Tuesday’s contest were the Bulls’ 11 made threes, which included a 9-15 mark before halftime. USF shot 11-23 (.478) from behind the arc, but just 14-36 (.388) inside it on two-point attempts.

Clemson fought off an early nine point deficit to go into halftime trailing by just one point, 35-34, after momentarily taking a one-point lead on a Kelly Gramlich three-pointer. The teams played within three points for the first 11:04 of the second half. Dixon drilled a three to bring it back to two points just over a minute later, and Clemson would take a two-point lead when Dixon stole a long pass and took it in for an uncontested fastbreak layup.

The Lady Tigers actually didn’t trail at any point in the final 7:30 of regulation, but were never able to pull away. USF’s Andrell Smith tied the game with 52 seconds to play on a layup leaving her with a game-high 26 points.

Clemson struck first in overtime as Pettaway hit a baseline jumper to give Clemson a 71-69 lead, but the Bulls took it back just 21 seconds later on an Andrea Smith three-pointer. Clemson regained the lead on a Dixon driving layup, but the Bulls an an answer just 19 seconds later again, taking a one-point lead.

On the ensuing possession, the Lady Tigers missed a pair of shots. The Bulls sunk the second of two free throws with 14 seconds to play, taking a 75-73 lead. Clemson got the ball to Grant, who was stripped as she approached the basket, turning the ball over with one second to play.

Clemson will now regroup as they head to the University of South Carolina for a Sunday game at 3:00 pm in a game that will be televised on SportSouth.

“South Carolina is very similar to South Florida in that they like to pressure the ball, they want to get up and down, and they’re going to press,” said Coleman. “We got some good experience playing against that style of play. We just have to execute the little things.”