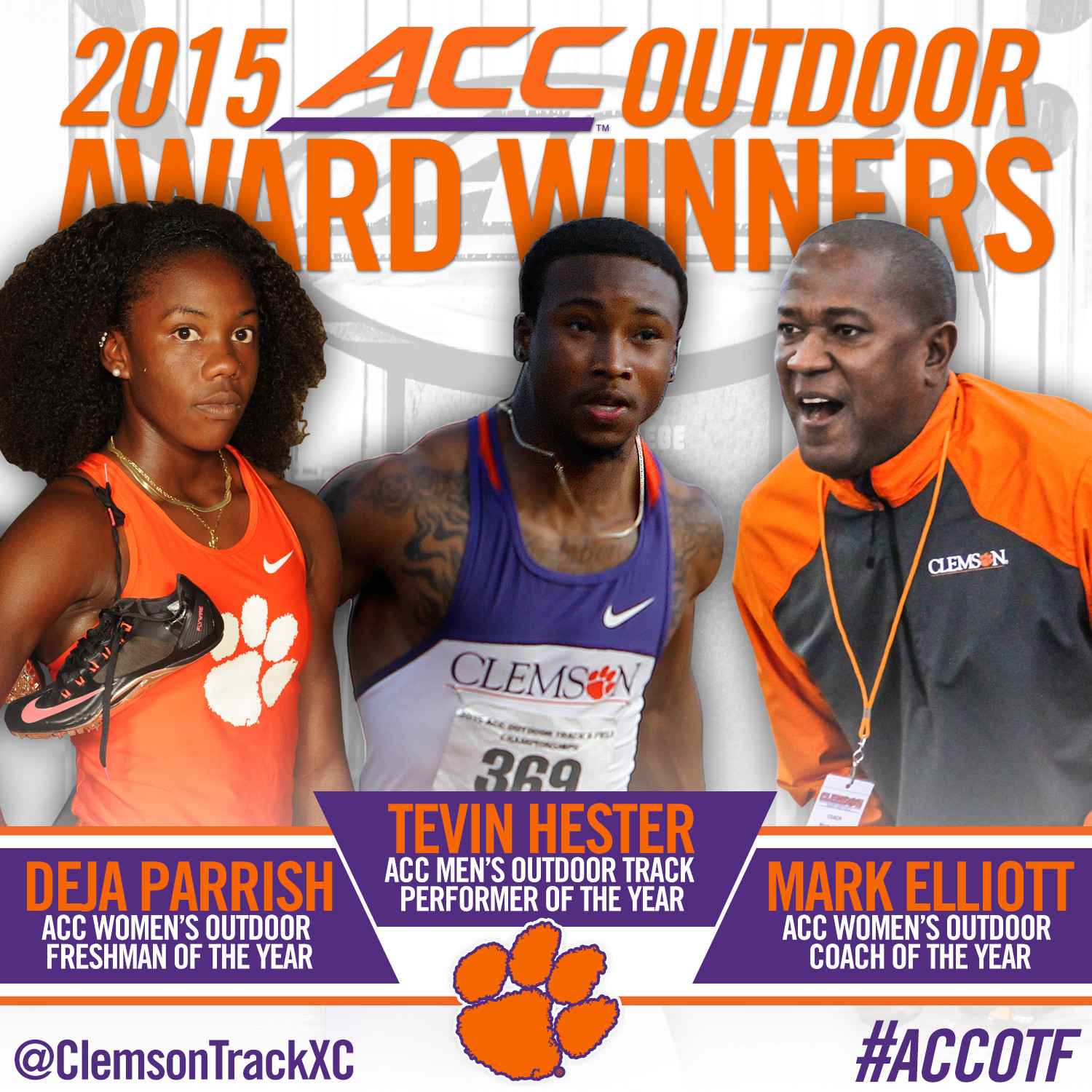 CLEMSON, S.C. — Mark Elliott was named ACC Outdoor Women’s Coach of the Year on Friday, one of three honors bestowed on the Tiger track & field program from a vote of the conference’s head coaches. Tevin Hester was named Men’s Track Performer of the Year, giving him a sweep of the 2015 honors. Deja Parrish was recognized as the Women’s Outdoor Freshman of the Year.

Elliott guided Clemson to a seven-spot improvement and an ACC Outdoor Championship on May 16, the program’s fifth in the last six seasons. He coached the Tigers to the team title on Florida State’s home track. Clemson produced four event winners at the ACC meet, including Elliott’s protégé Natoya Goule, who won the 800 meters with a meet record 2:01.32.

Hester put together his best outdoor season to date. The Oxford, N.C., native was a first-team All-American in both the 100 and 200, giving him four such honors in 2015 including indoor season. He finished sixth in both events. He also swept the ACC short sprint titles, winning the 100 in an all-conditions Clemson record 9.87 and the 200 in an ACC Championships record 20.18. Hester was named Outdoor Track Most Valuable Performer as the high point scorer of the championship.

Parrish (Fort Lauderdale, Fla.) was a second-team All-American with the Tigers’ 4×100 relay, and qualified for the NCAA Outdoor Championships with Clemson’s 4×4 as well. She helped the 4×1 to an ACC Championship on May 16, and the 4×4 to a school-record 3:28.59 at the East Prelims on May 30. Parrish was also a second-team All-ACC performer after placing sixth in the 200.