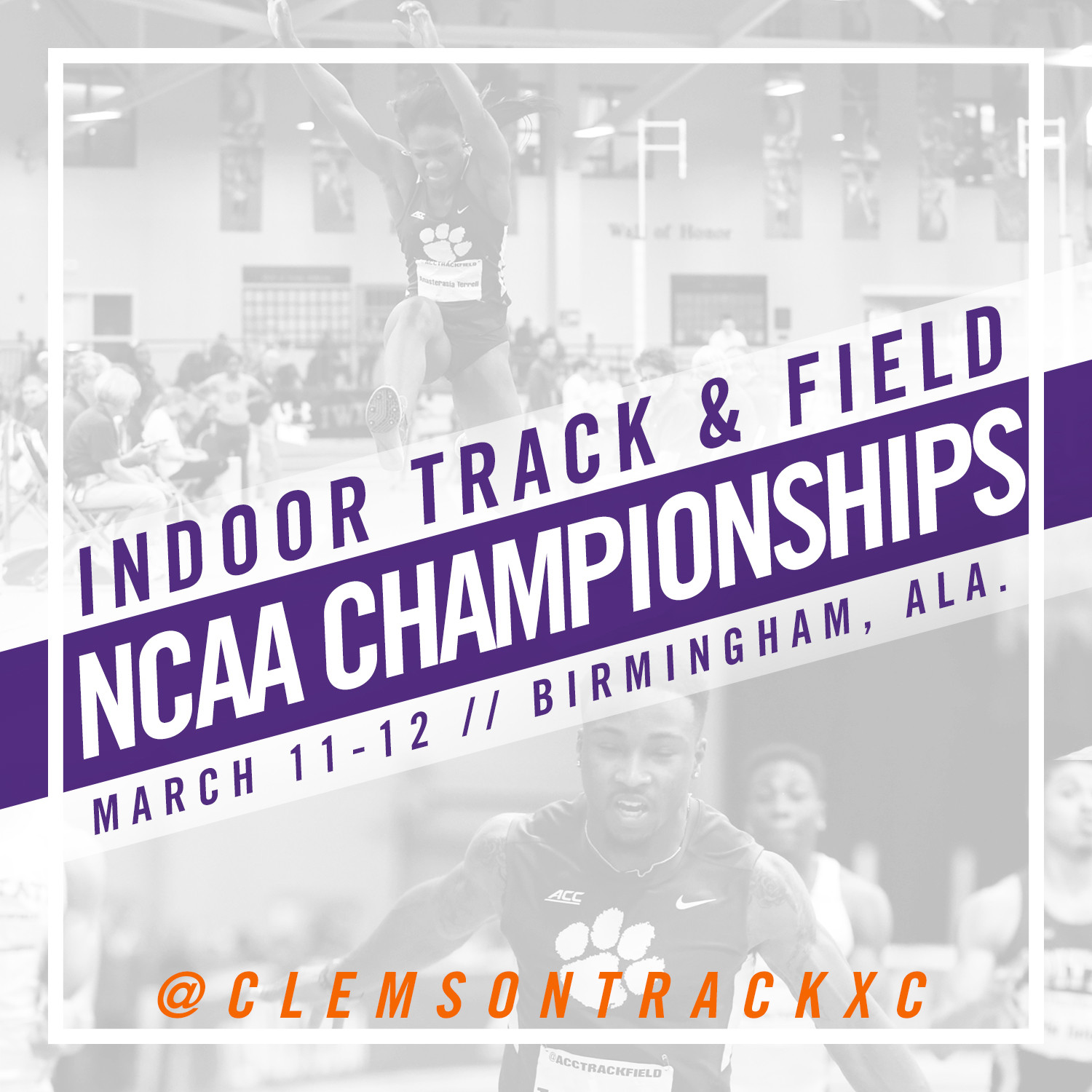 BIRMINGHAM, Ala. — A total of eight Tigers will compete in the Indoor NCAA Championships this weekend in Birmingham, Alabama on March 11 and 12. The women’s program is sending seven competitors to the championship meet and Tevin Hester is the sole representative of the men’s program.

Friday will feature the preliminaries in the 60 meter dash, 200 meter dash, and mile with the finals scheduled for Saturday. However, Friday’s action concludes with the distance medley relay. The Tigers enter the race with the event’s fourth fastest time in the country.

The women’s program qualified four individuals and its distance medley relay. Myasia Jacobs earned her first NCAA berth in the 60 meter dash, while sprint mate Sabria Hadley made the field in the 200m.

Also on the track, redshirt sophomore Grace Barnett was included among 16 athletes in the mile. She set the school standard in the event this season. Barnett will also run with the DMR, alongside Olivia James and two freshmen — Kaley Ciluffo and Ersula Farrow. The group set the school record this season and won the ACC title last weekend, a first in over 20 years.

Anasterasia Terrell, also a first-time qualifier, is the lone field representative in the triple jump.

“Our goal is for the women be in the top 20 in the nation,” said coach Mark Elliott. “With a nationally-ranked DMR, plus Myasia Jacobs coming on strong, we have the potential. There are exceptional athletes in every event, but at this point everyone has an opportunity to score. You’ve got to do it on the day it counts.”

Hester has made it count for the men’s team for years. A six-time All-American, the senior sprinter earned his fourth straight bid in the 60, while also making the field in the 200 a second straight year.

“On the men’s side, our hope is obviously to have more people join Tevin at future championships,” Elliott said. “He’s a consummate national guy and he’s the horse we’ve got to ride next week.

“Both teams are young and have shown that we can be among the best in the ACC, but now it’s time to make a jump on a national scale. That comes through recruiting and by coaching up the athletes with potential. The future is bright.”