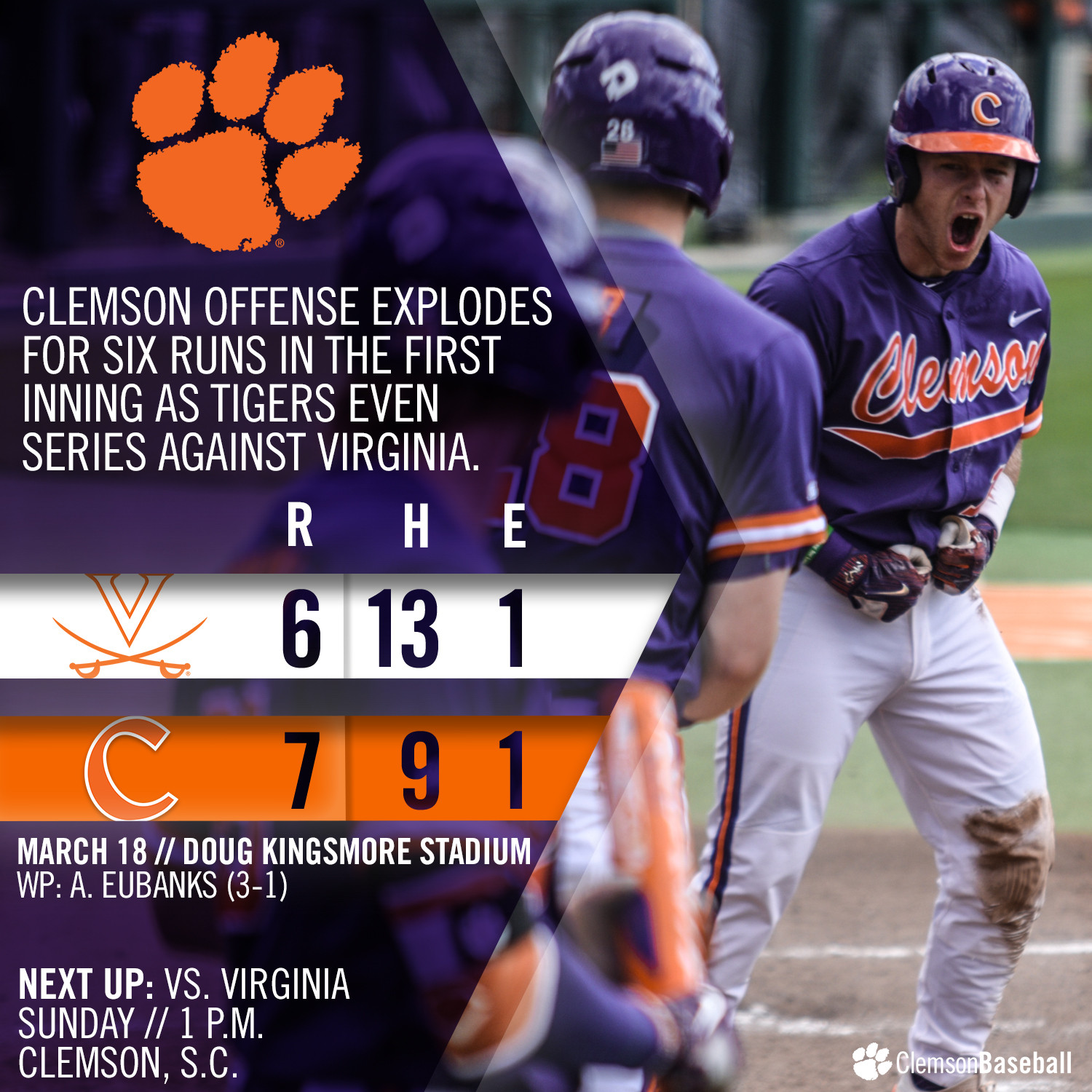 The Tigers exploded for six runs in the first inning, their most in a first inning since scoring six runs against Alabama on June 13, 2010. Five of the six runs came with two outs, including a two-run single by Jordan Greene and a run-scoring single by Patrick Cromwell. Cameron Simmons belted a two-run homer in the top of the fourth inning, then Chris Williams responded with a solo homer, his third long ball of the season, in the bottom of the fourth inning. Andy Weber’s two-run single and Nate Eikhoff’s sacrifice fly highlighted Virginia’s three-run eighth inning.

Starter Alex Eubanks (3-1) earned the win, as he allowed eight hits, two runs and no walks with five strikeouts in 7.0 innings pitched. Ryan Miller pitched the final 1.2 innings to record his first save as a Tiger. Evan Sperling (3-2) suffered the loss, as he surrendered four hits, six runs (five earned) and three walks in 0.2 innings pitched.