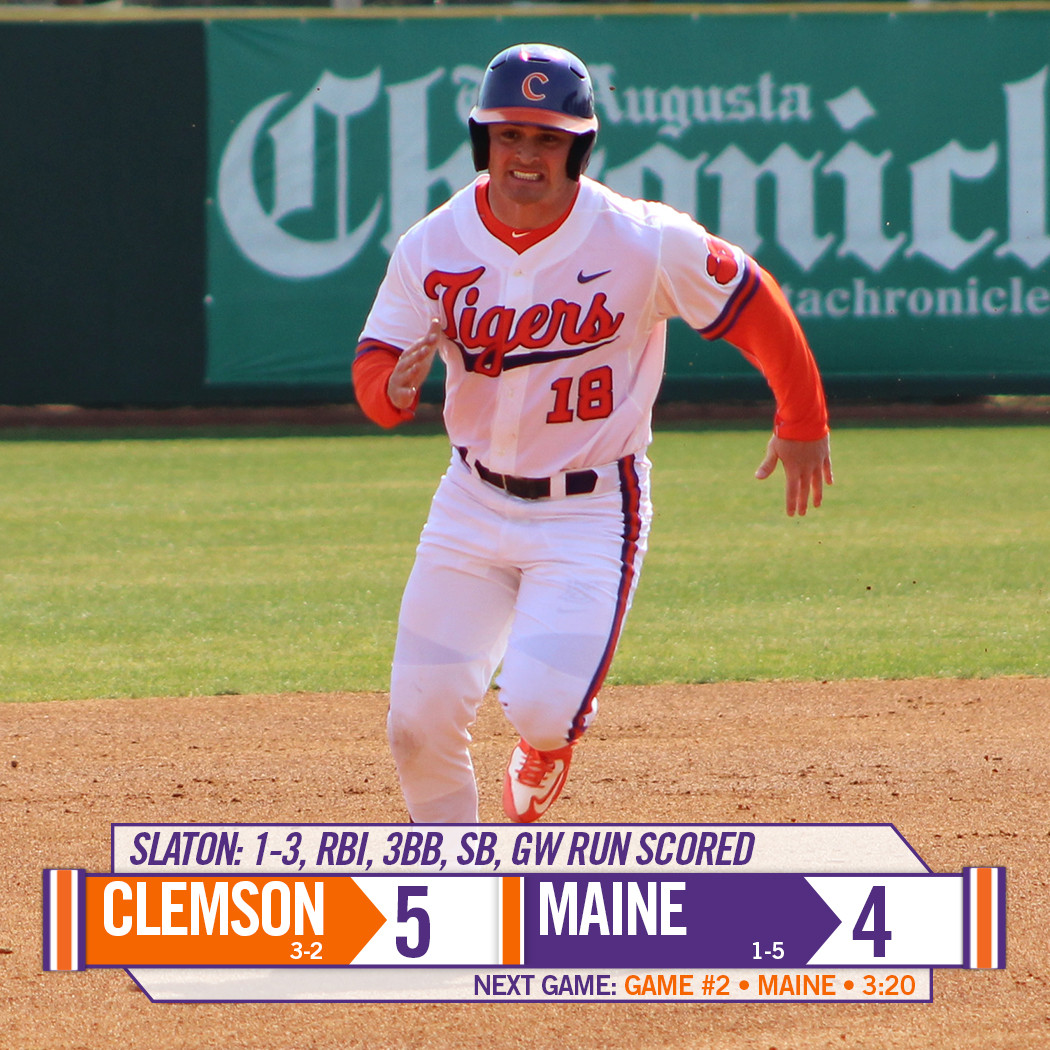 AUGUSTA, GA. – Tyler Krieger’s one-out single to center in the 14th inning scored Tyler Slaton for the walkoff run as Clemson defeated Maine 5-4 in the first game of a doubleheader at Lake Olmstead Stadium on Saturday. The Tigers, who took a 2-0 lead in the series, improved to 3-2 on the season. The Black Bears dropped to 1-5.

Freshman Alex Schnell (1-0) pitched 3.0 scoreless innings to earn his first career win. Starter Zack Erwin allowed just five hits, no earned runs and no walks with five strikeouts in 7.2 innings pitched, but did not factor in the decision. Charlie Butler (0-1) suffered the loss.

Game-two of the doubleheader and series-finale starts at approximately 3:20 p.m.