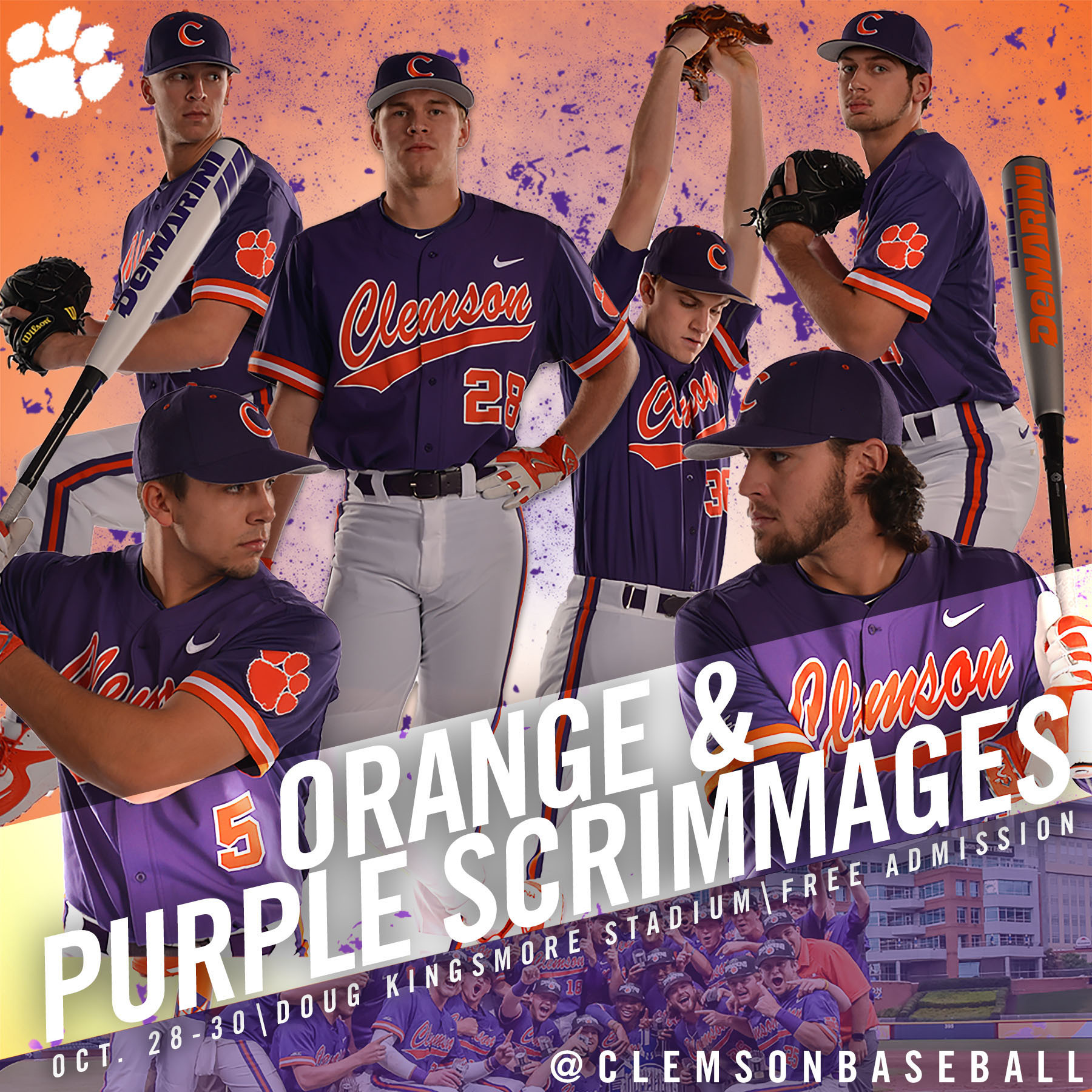 The scrimmages mark the end of the fall practice season, which began on September 16. The Tigers, who were 44-20, won the ACC title and were a top-eight national seed in 2016, return two Perfect Game First-Team All-Americans in Seth Beer (1B/OF) and Pat Krall (LHP). Another Tiger, graduate transfer and outfielder Weston Jackson, earned third-team All-America honors at Presbyterian College as well.

“I have seen our team grow and develop this fall,” said second-year head coach Monte Lee. “The blend of the older players who are coming off last year’s success are integrating a group of first-year players into our culture and what is important to us.

“This group has worked very hard. It’s a quiet, put-your-head-down type of team. But we have a long way to go. We still have a lot of young guys who have to get better before February.

“I want to see how our players respond to the pressure situations in the Orange & Purple scrimmages. If they are the type of competitors that I think they are, they will show up and play at a high level this weekend.”

Clemson opens the 2017 season with a three-game series against Wright State at Doug Kingsmore Stadium from February 17-19.