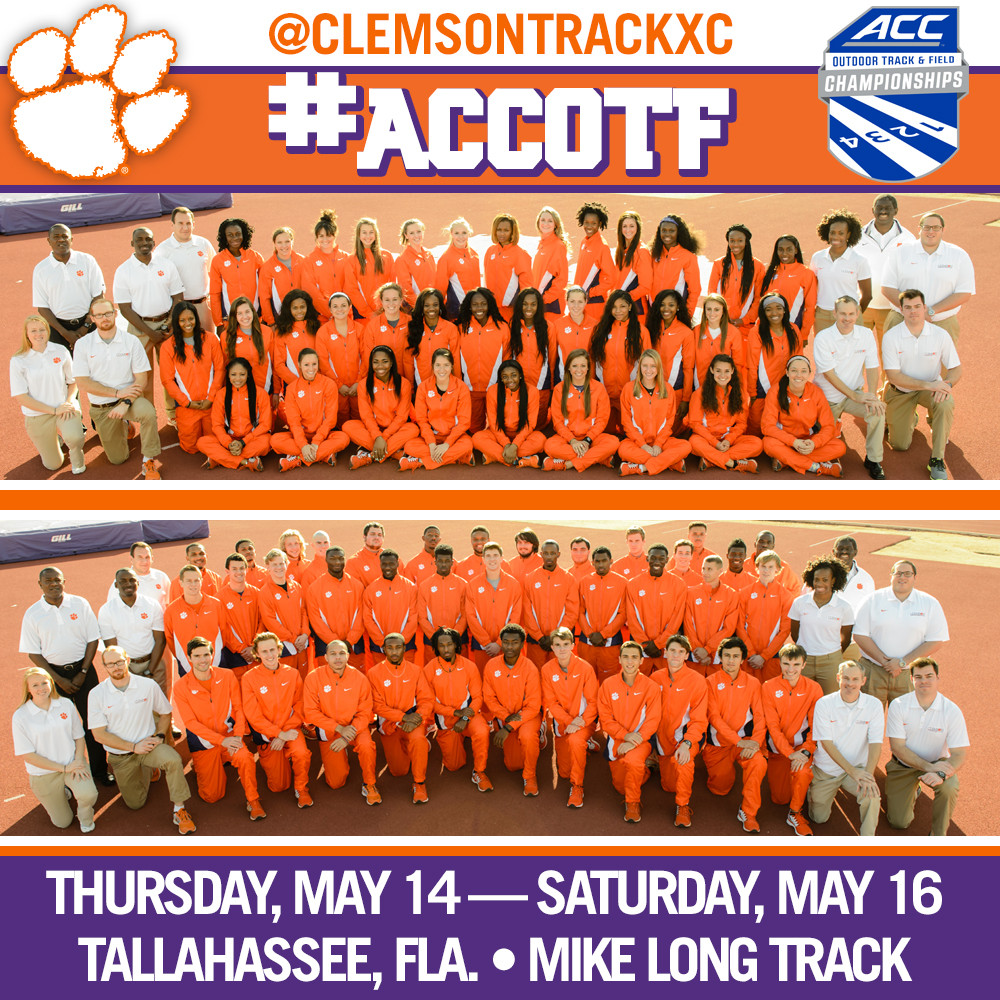 Tigers to Compete at ACC Outdoors

CLEMSON, S.C. — Looking for a sweep of the 2015 ACC Championships, the Clemson women lead the Tiger track & field programs into action at the outdoor conference meet, held Thursday through Saturday at Mike Long Track in Tallahassee, Fla. The Tiger women — ranked 17th in the latest national poll — won the ACC Indoor crown in February by a 21-point margin over this week’s host, Florida State.

The Tiger women will again be among the favorites to compete for the ACC Championship. Clemson has won five of the ACC’s last six indoor crowns, and four of the last five outdoor titles. The men’s program also displayed marked improvement in February, jumping to a fifth-place finish one year after an 11th-place effort.

The ACC Championships will be streamed on ESPN3 each of the three days, starting at 7 p.m. Thursday and Friday, and at 6 p.m. on Saturday.

Three individuals won ACC Indoor titles — Tevin Hester in the men’s 200, Samantha Elliott in the 60 hurdles and Iana Amsterdam in the triple jump. Hester is ranked first or second in the ACC in both the 100 and 200 entering this week’s competition, while Elliott is among the conference leaders in both hurdle events. Amsterdam is one of four contenders from Clemson — along with Whitney Fountain, Mimi Land and Anasterasia Terrell — for hardware in the jumps.

The action gets underway Thursday with the running prelims for the 400 hurdles, 200 dash and 1500 meters. The hammer throw and long jump competitions are also set for the first day.

Day two features running prelims for all the other running events, as well as the men’s and women’s steeplechase finals. Friday’s field action features a pair of seniors looking to close out their ACC careers in fine fashion, Lauren Terstappen in the women’s pole vault and Torian Ware in the men’s high jump.

Saturday’s slate includes all running finals, as well as the 4×100 and 4×400 relays. Seven field events, highlighted by the women’s triple jump, make up the Saturday schedule.