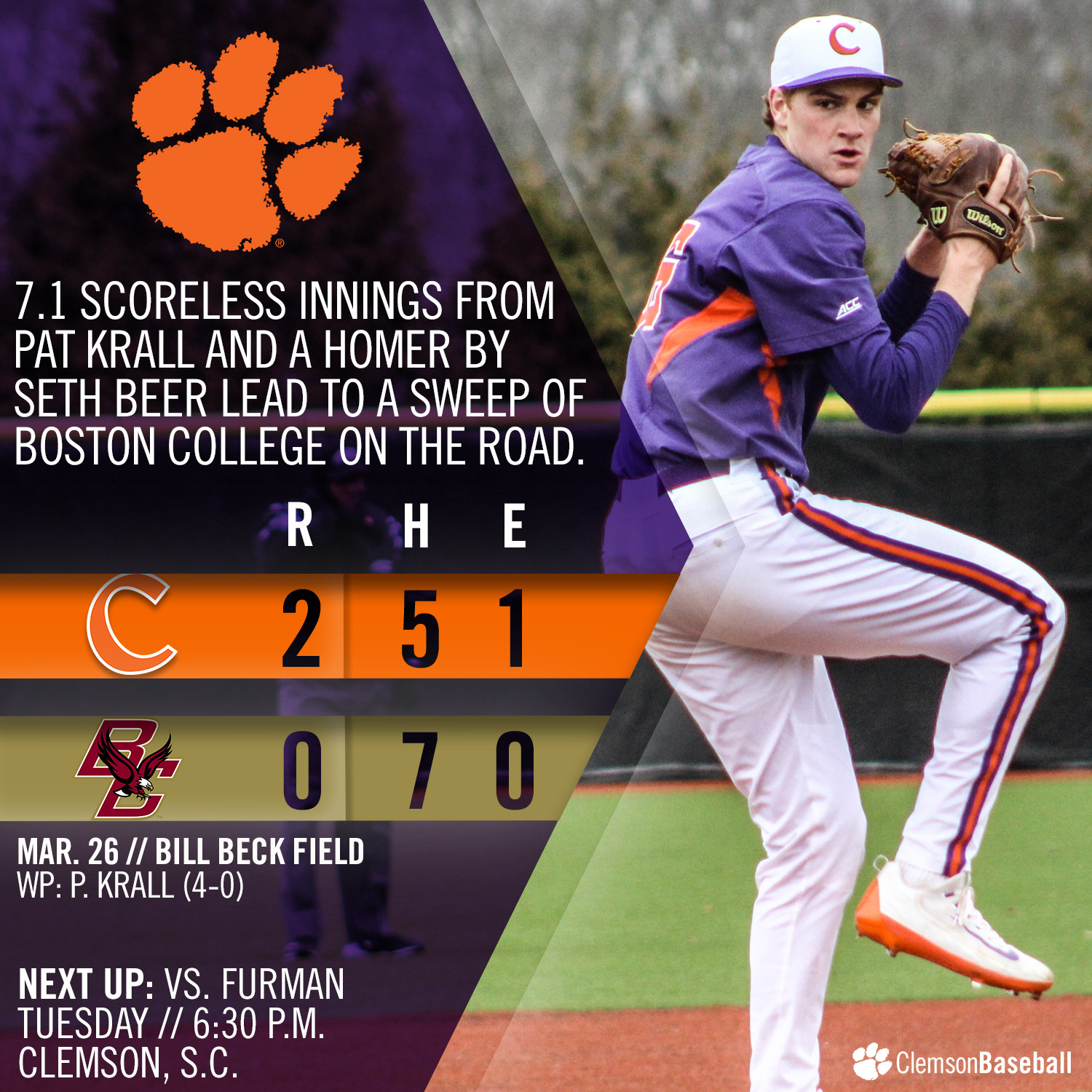 Tigers Sweep BC With 2-0 Win

KINGSTON, R.I. – Senior lefthander Pat Krall pitched 7.1 scoreless innings in No. 6 Clemson’s 2-0 win over Boston College to sweep the three-game series at Bill Beck Field on Sunday afternoon. The Tigers, who won their sixth game in a row and upped their school-record winning streak away from home to 15 games, improved to 20-4 overall and 8-1 in the ACC. The Eagles dropped to 7-14 overall and 1-8 in ACC play.

Krall (4-0) earned the win by allowing seven hits, no runs and no walks with three strikeouts. Ryley Gilliam pitched the final 1.2 innings to record his second save of the year. Clemson only gave up two runs in the series and no runs in the last 19 innings. Zach Stromberg (0-1) suffered the loss.

Clemson finally broke through in the top of the eighth inning. Logan Davidson led off with a walk. After Robert Jolly’s single, Reed Rohlman hit a sacrifice fly to center to score Davidson. Boston College failed to score after loading the bases with one out in the bottom of the eighth inning, then Seth Beer led off the ninth inning with a homer, his seventh long ball of the season.

Clemson plays two midweek home games, beginning with hosting Furman on Tuesday at 6:30 p.m., on ACC Network Extra. Tuesday is Military Appreciation Day, as we honor veterans, active military personnel and our ROTC programs. Fans can also buy one regular-price ticket and get one of equal value for free.