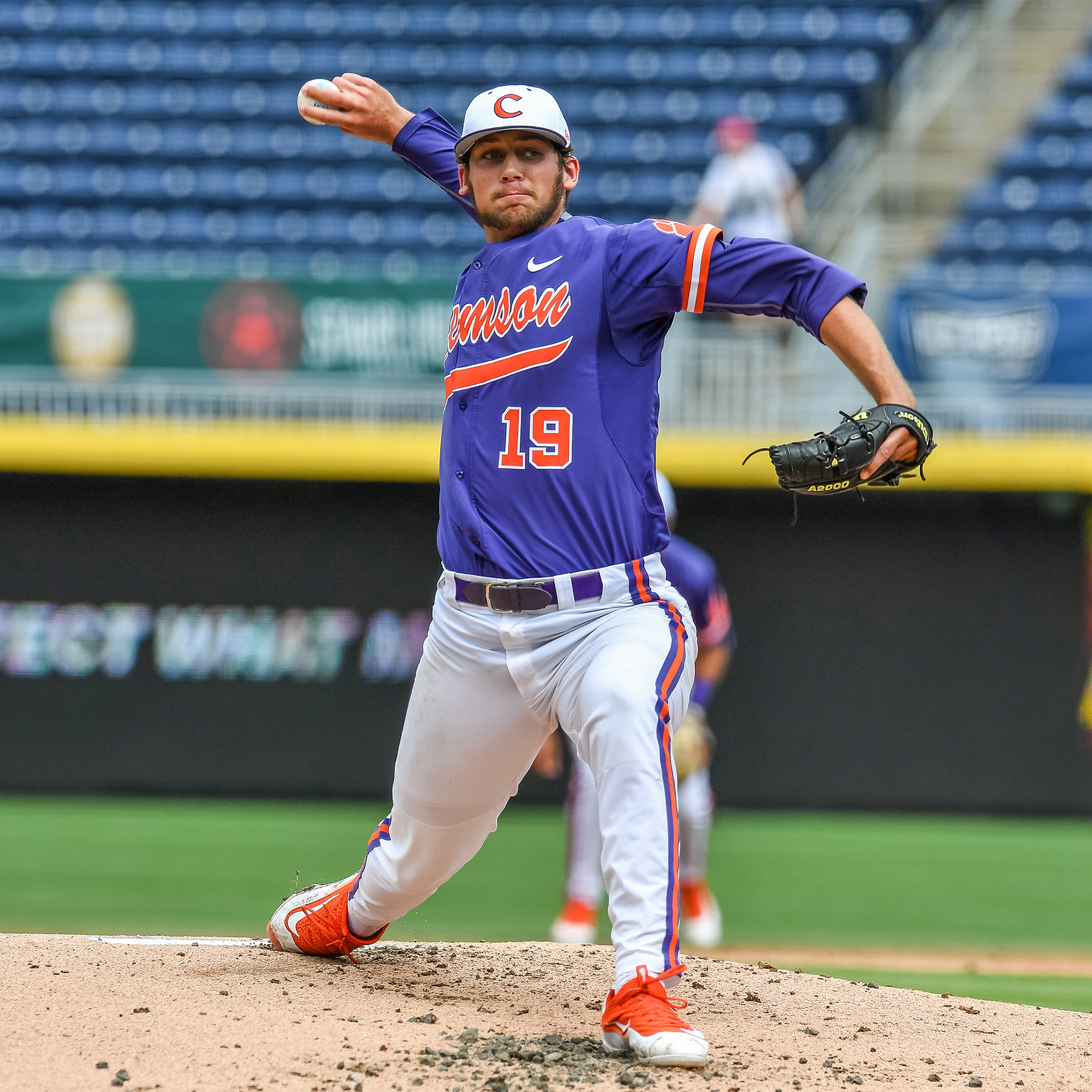 Between recruiting, youth camps and preparing for fall practice, Monte Lee has not taken a day off since baseball season ended in early June.

But the Tiger head coach would not have it any other way, as he is excited to get his team back to begin building off what they accomplished in his first year at the helm in 2016.

With that upcoming competition in mind, Lee is encouraged by the summer performances of players like Brooks Crawford and Adam Renwick, who were both named to their respective summer league all-star games and are positioned to be major contributors in 2017.

“I certainly hope that they can take their experiences and the success that they had this summer and bring a high level of confidence coming into the fall,” explained Lee. “Brooks threw a significant amount of innings for us out of the bullpen as a freshman. But with Clate Schmidt leaving the program and us returning Pat Krall and Charlie Barnes, who we believe have the opportunity to fill two weekend spots for us as starters, we wanted Brooks to start this summer. We moved Brooks, being the selfless guy that he is, to the bullpen last year because we needed help there, and he did great for us.

“But we want to see if Brooks can be a starter. So he went out and had a great summer. We strongly considered Brooks as a weekend starter last year as a freshman. Our expectations have been high for Brooks even before he got to Clemson. But he filled a role that we needed. We needed help out of the bullpen, and he did that and did a great job. Brooks is going to be in the mix for one of those weekend spots, and I think the summer will only help him because of the confidence that he developed by having so much success.

“Adam had an unbelievable fall for us last year and started the year off as our starting third baseman. We hope that he can help us out in a couple of different spots on the infield. He’s probably more of a second baseman and middle infielder than he is a corner infielder. Adam took the opportunity that he got this summer and has played very well, and again, we hope that he can come in here and compete for a starting job in the middle of the field.”

Lee is also eager to see how the new freshmen and junior college transfers will factor into the fall competition, and ultimately fit into the program.

“That’s the exciting part of the fall…when the new guys come out and you get to watch them throw their first bullpen or take batting practice for the first time and try to compare them to the guys we lost. But to me, the players are the players, and whether I recruited them or not, my job is to try to get the best out of them…to teach them to play the game the way we want them to play it.”

This summer also brought the announcement that fans will now be able to watch that Clemson brand of baseball across the country in future seasons. Last week at the ACC Football Kickoff, which Lee attended, the ACC and ESPN revealed the creation of the ACC Network, something Lee said will build recruiting opportunities and the Tigers’ national brand.

“If you look at what’s been going on in the ACC and baseball over the last few years, the ACC is arguably the best baseball conference in the country,” said Lee. “The statistics will show you that. Last year, we were the No. 1 RPI conference in the nation. People all across the country know how good ACC baseball is, and now, they can turn the television on, go to the network and watch Clemson or anyone in the ACC play any time they want. To be able to put all our brands out there across the country is only going to strengthen the visibility and recognition that our league deserves based on what our teams have been able to accomplish.”

And while the Tigers were able to accomplish a great deal during the 2016 season, Lee was quick to note that the program still has room to grow, and that starts during the rest of the summer and fall.

“We have to keep working and building,” added Lee. “We don’t get to sit back a lot and look at what we accomplished, because if it didn’t end in Omaha, it wasn’t good enough. That’s the way we look at it. It was a great year. It was a special group of guys. It was a great first year, but we have a lot to accomplish.

“We’re nowhere near where we want to be. We’re going to work as hard as we can to try to put Clemson in a position to play at the highest level and go to Omaha and compete for a national championship. That’s our goal.”