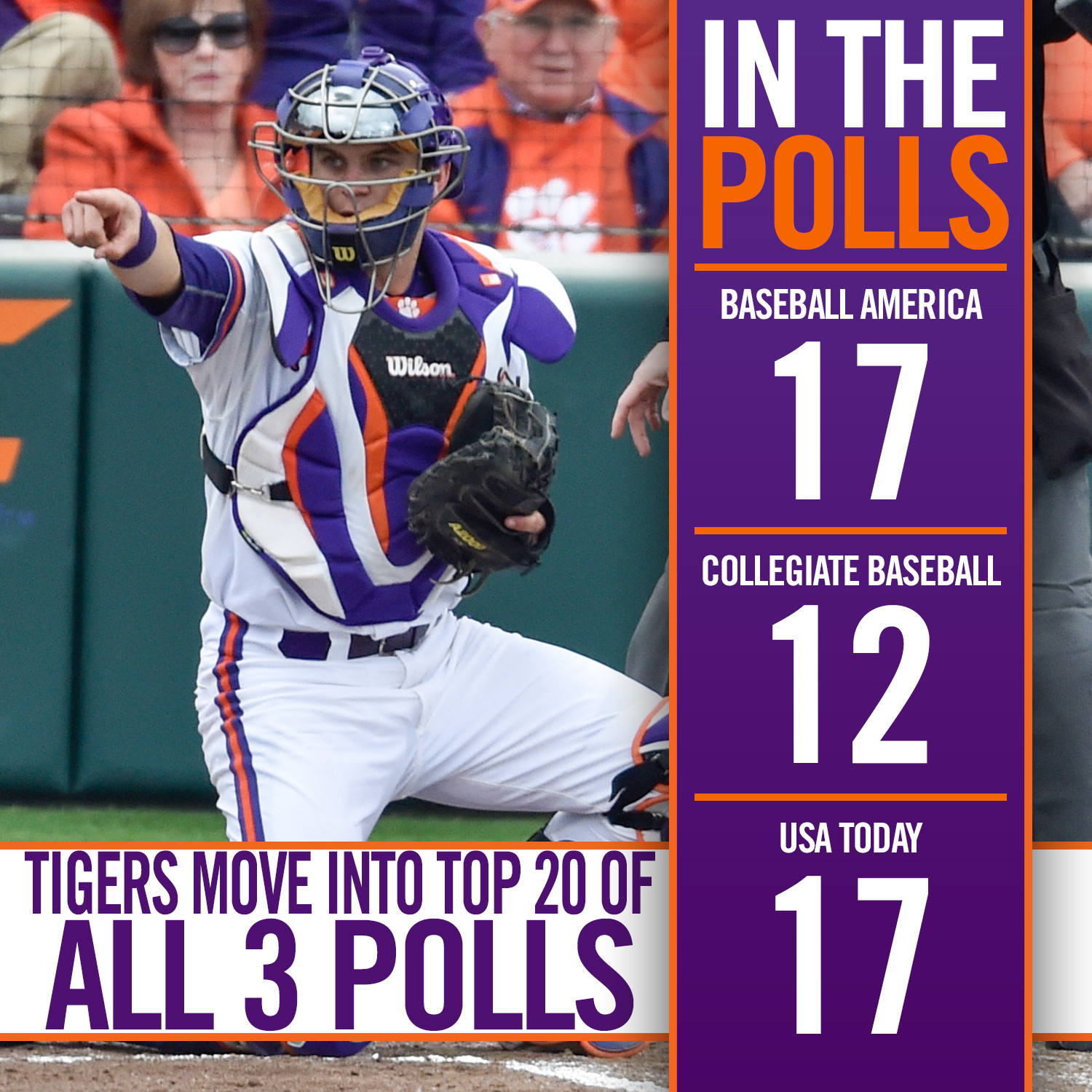 CLEMSON, S.C. – The Tigers, who are 16-3 overall, 5-1 in the ACC and winners of seven games in a row, moved into the top 20 of all three polls on Monday. Clemson is ranked as high as No. 12 by Collegiate Baseball (up seven spots) and is No. 17 in both the Baseball America (not ranked last week) and USA Today coaches (up four spots) listings.

Clemson’s overall record is its best through 19 games since 2010, when it started 17-2. The Tigers are led at the plate by freshman outfielder Seth Beer, who is hitting .453 with nine homers, six doubles, 25 RBIs, 20 runs, a .544 on-base percentage and a national-best .969 slugging percentage in 19 games. He is also riding a 17-game hitting streak.

This past weekend saw the Tigers sweep No. 22 Boston College in three games at Doug Kingsmore Stadium. Beer’s walkoff homer in the 10th inning on Sunday completed the sweep. The Tiger pitching staff allowed just five runs in the series as well.

The Tigers play four games this week, beginning with a home game against Presbyterian College on Tuesday night. Clemson then travels to the Sunshine State to take on No. 4 Miami (Fla.) in a three-game series beginning Friday night on ESPN3. The Hurricanes’ No. 4 ranking by Baseball America is their highest by that publication since 2008.