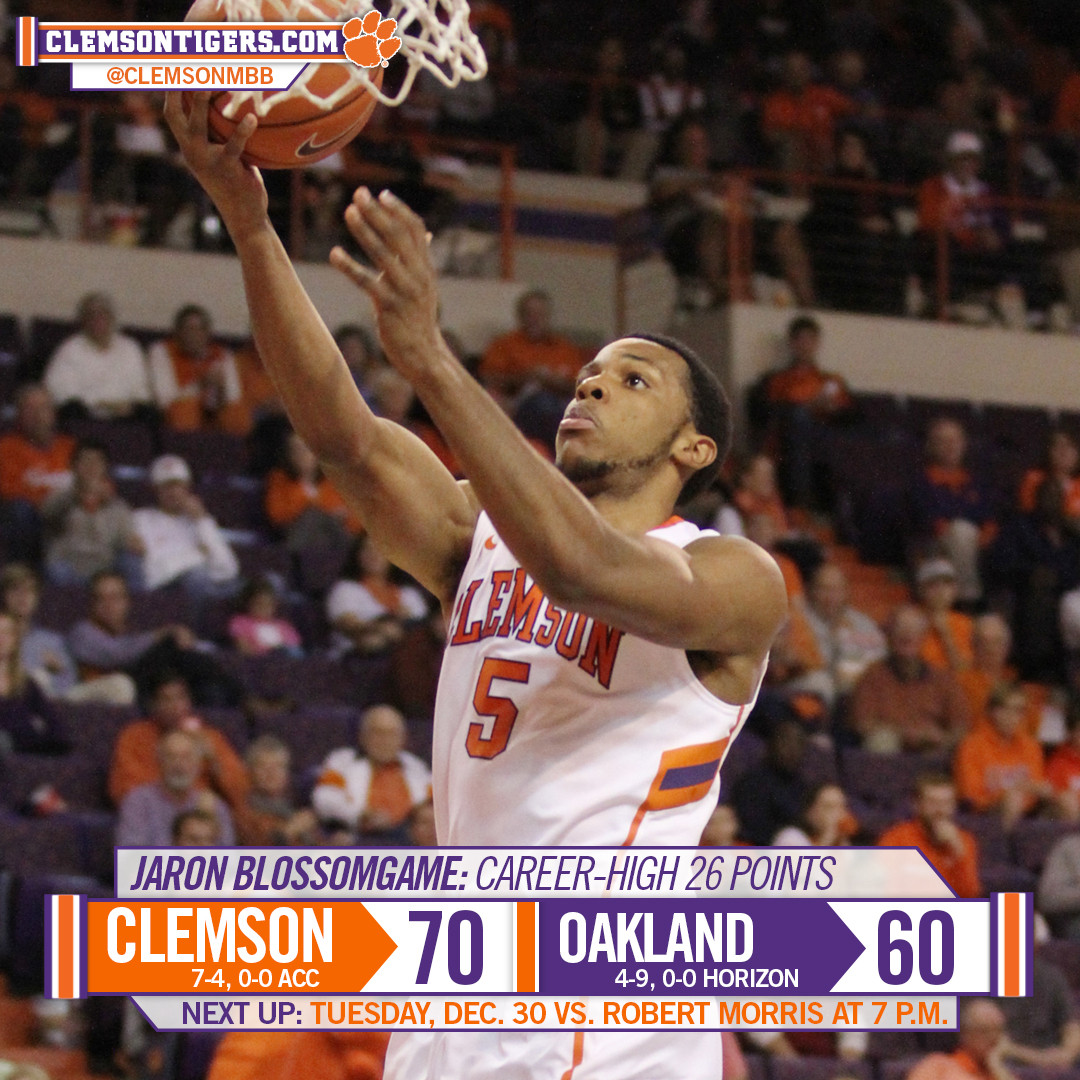 CLEMSON, S.C. — Jaron Blossomgame scored a career-high 26 points to lead Clemson to a bounce-back 70-60 win Monday over Oakland in Littlejohn Coliseum. The Tigers rebounded from a loss Friday and moved to 7-4 on the season, while the Golden Grizzlies dropped to 4-9 overall.

Blossomgame posted 19 of his game-high point total in the first half. Landry Nnoko chipped in 17 points, while Donte Grantham added 12. The Tigers shot 46 percent for the game and matched a season-high with eight three-point goals. Khalil Felder posted 22 to lead Oakland.

Clemson scored the game’s first 10 points in its first action since a tough second half at South Carolina on Friday. But Oakland responded and settled into the game, pulling within six at 22-16 before the Tigers forced a shot clock violation and Blossomgame converted an ensuing three-point play. Oakland later pulled it to 25-22, but Clemson ended the half on an 11-4 run to seize control. Blossomgame buried two three-pointers during that stretch.

The Tigers stretched their lead to as much as 15, but the Golden Grizzlies whittled away at it and consecutive long balls trimmed the cushion to 52-45 in Clemson’s favor. Felder and Dante Williams converted five straight free throws for Oakland and cut the lead to 56-52 before Rod Hall buried a wing three at the five-minute mark to keep the Grizzlies at bay.

The Tigers break for Christmas before returning to action at home on Tuesday, Dec. 30 against Robert Morris. The game is scheduled for a 7 p.m. tipoff in Littlejohn Coliseum.

[View the story “Clemson vs. Oakland ” on Storify]