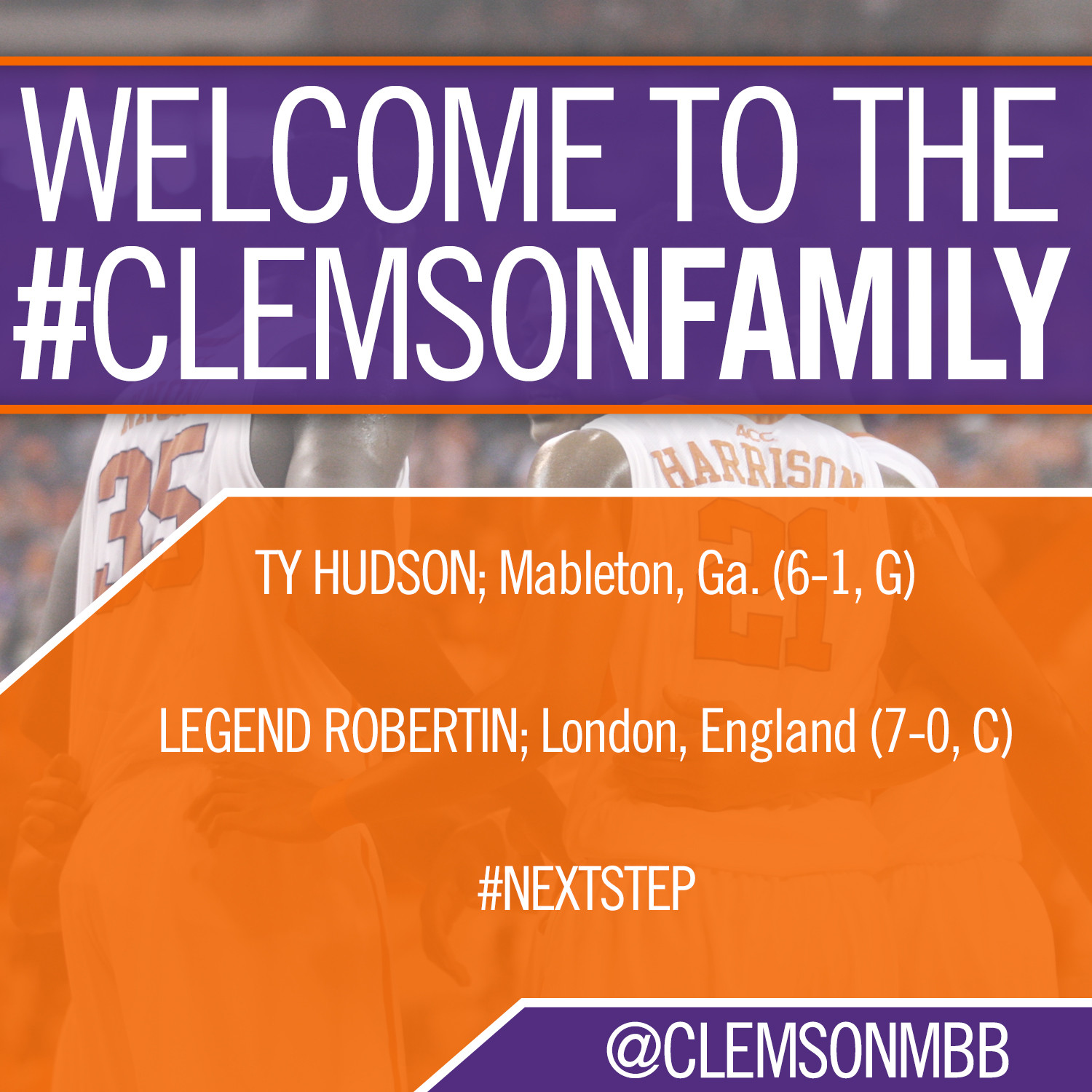 “As a staff our primary goals were to sign a point guard and add depth in the frontcourt,” Brownell said. “We believe we’ve done just that with the signing of high-caliber players in Ty and Legend.”

Hudson is rated as a four-star prospect across the board by the national recruiting services. He is the No. 87 overall prospect by Scout, No. 112 by 247 Sports and No. 125 by Rivals. He is also rated as the eighth-best prospect in the 2015 class from the state of Georgia and the No. 20 point guard by ESPN.com.

Hudson was second-team all-state and an All-Metro selection in 2014 at Pebblebrook High School. He held scholarship offers from several schools, including Kansas State, Oklahoma State, VCU, Virginia Tech and Xavier.

“Ty is a tough-minded, very mature young man in the mold of Rod Hall,” Brownell said. “He has an outstanding work ethic and comes from a very successful high school program at Pebblebrook. On the court, he is a physical player who is just as comfortable driving to the basket as he is shooting the three. He will be another excellent addition to our depth at point guard.”

Robertin is in his first season at Chipola Junior College in Florida. He previously attended Believe Prep Academy in Rock Hill, S.C. Robertin was a member of Great Britain’s U18 national team in 2012 and will have three years of eligibility when he enrolls at Clemson next summer. He carried scholarship offers from Oklahoma State and Pittsburgh.

“Legend is a long, athletic center who can really run the floor,” Brownell said. “His size, mobility and activity level will make him a major factor on the defensive end of the floor. We view him as an anchor defensively and as a guy whose offensive skill set will continue to develop within our system. He has a very high ceiling of potential.”