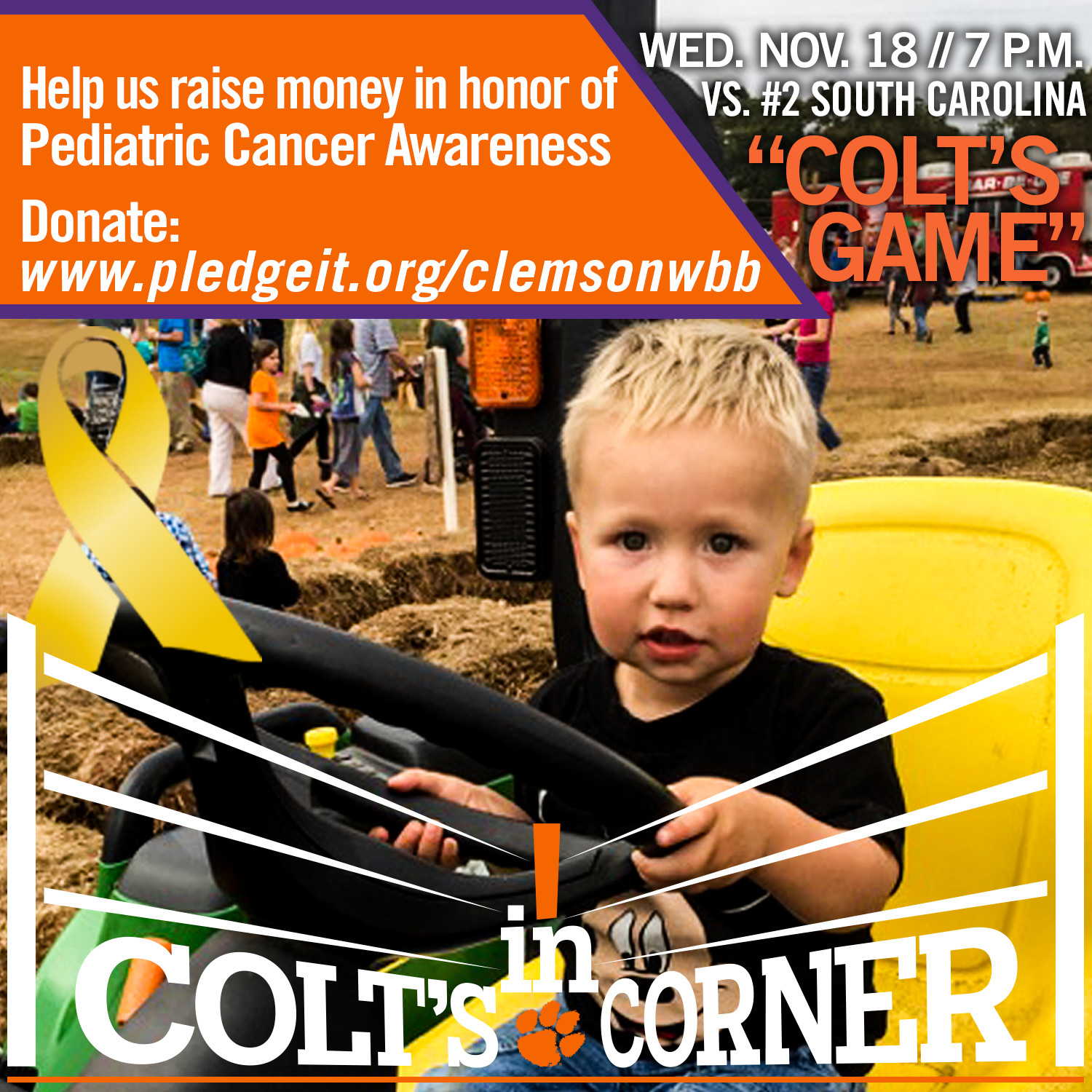 Clemson (1-1) will host nationally ranked South Carolina (2-0) in a Palmetto Series matchup on Wednesday. The contest is a “Pediatric Cancer Awareness” game and certain promotions will benefit the fight against pediatric cancer and specifically, the fight against Neuroblastoma.

Clemson Director of Operations Kathy Becker’s son Colt Becker was diagnosed with Nueroblastoma 18 months ago. Colt and the Beckers fought against the disease for over a year and two-year old Colt is currently six months into remission.

In order to raise money to fight Neuroblastoma, Clemson women’s basketball has created a pledge-it campaign. Fans can donate a certain amount of money for every free throw the Tigers make in the contest. All proceeds will go toward “Chase After the Cure”, which benefits Neuroblastoma research. Both teams will be wearing gold shoelaces from “Go4theGoal”, which is in correlation with their campaign called “Lace Up 4 Pediatric Cancer.” Tiger players will wear warm-up shirts that read “Colt’s Corner” with the #2 on the back to represent his age.