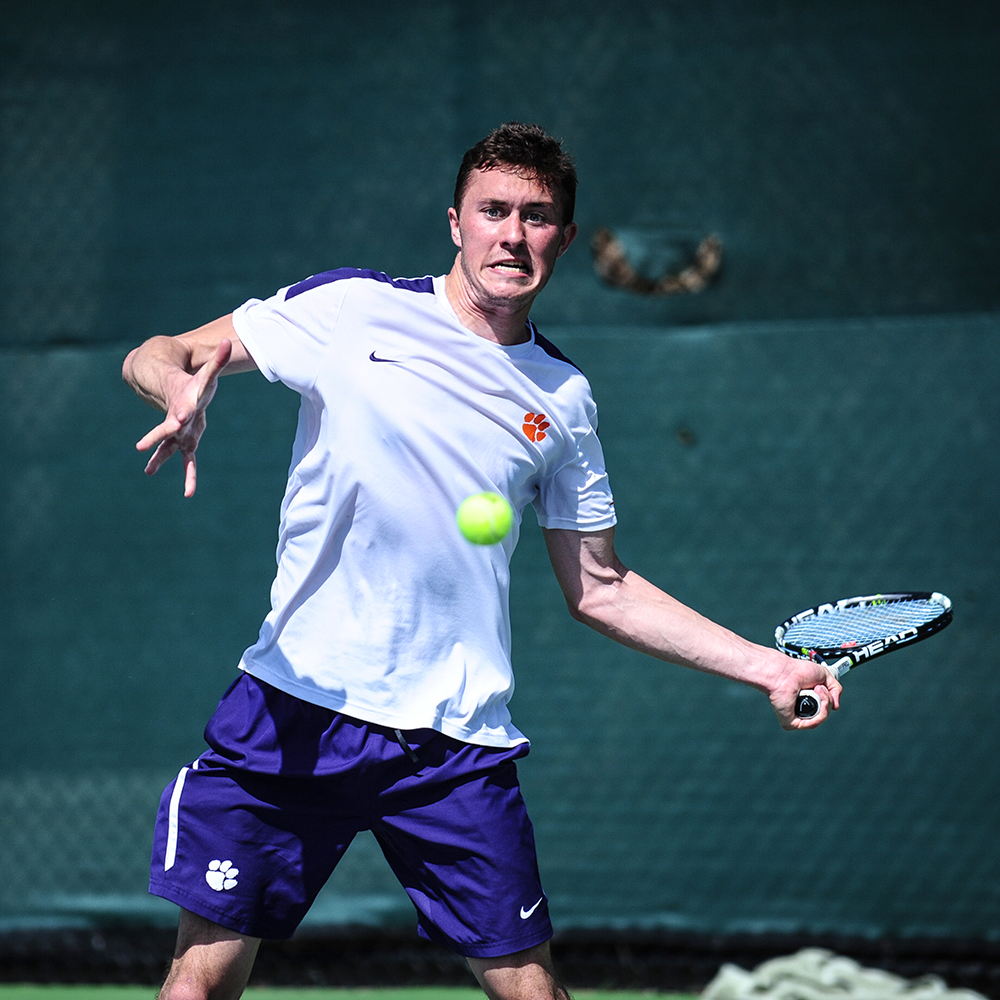 CHAPEL HILL, N.C. – The Clemson men’s tennis team fell to the #1 North Carolina Tar Heels on Friday afternoon at the Cone-Kenfield Tennis Center by a score of 6-1. Freshman Alex Favrot claimed the sole point for the Tigers, defeating the nations #37 singles player. The match against the Tar Heels was the third straight nationally ranked ACC opponent the Tigers have faced. The Tigers fall to 11-10 overall and 2-4 in the ACC with the loss, while the Tar Heels improve to 19-1 (5-1 ACC).

“North Carolina played and acted like the number one ranked team they are today. Credit to my dear friend Sam Paul on putting his team in this position,” said Head Coach Chuck McCuen. “Freshman standout Alex Favrot continues to show why he is one of the best players in the ACC and the nation by defeating #34 ranked Brett Clark. We look forward to getting back after it tomorrow against North Carolina State before returning to Clemson. “

The University of North Carolina clinched the doubles point on Friday afternoon against the Tigers. The Tar Heels snapped Robert Dudley and Daffra Sanon’s eight match win streak on court three, winning 6-1. The nations 3rd ranked doubles duo, Brett Clark and Robert Kelly defeated Alex Favrot and Luke Johnson at No. 1, 6-1, clinching the doubles point for the Tar Heels. On court two Austin Ansari and Arturo Pinazo were down 2-5 before doubles play was halted.

In singles play, North Carolina clinched the match with straight set wins on courts two three, four and five. Freshman Alex Favrot defeated #37 Brett Clark at No. 1 to claim the the Tigers individual point, making the overall score 5-1. Christian Harris was last on, battling for two sets before falling, 6-4, 6-1, resulting in the 6-1 victory for the Tar Heels.

Clemson returns to the courts on Saturday, March 26 when the Tigers travel to Raleigh to take on the #34 North Carolina State Wolfpack. The match is set for a 2 p.m. start. Live stats are available at http://sidearmstats.com/ncsu/mten/xlive.htm and video is provided at gopack.com/watch. Periodic updates will be available via Twitter, @ClemsonMTennis.