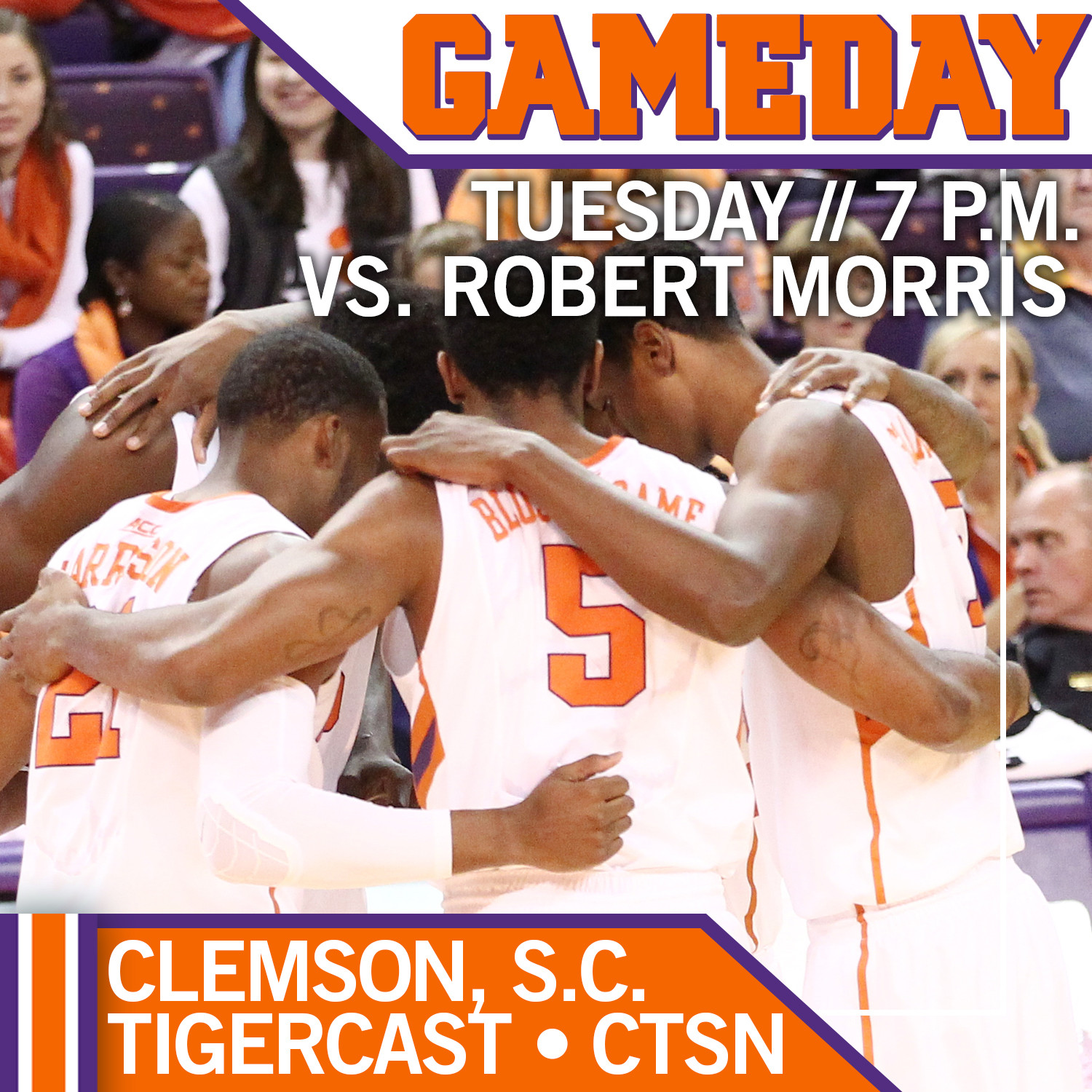 • Clemson returns from Christmas break to close out its non-conference schedule with a first-ever meeting vs. Robert Morris.

• This will be the Tigers’ first game against an NEC team since Nov. 11, 2006 when Clemson beat Monmouth 77-65 in Norfolk, Va. The Hawks have since joined the Metro Atlantic Athletic Conference.

• The Tigers won their most recent game on Dec. 22, a 70-60 victory against Oakland where Jaron Blossomgame set a career high with 26 points to lead Clemson.

• Tuesday’s game is dubbed “Take a Kid to the Game,” where any adult who purchases a regularly priced ticket receives a youth ticket for free. Offer is redeemable at the East Gate Box Office.

• The game is also part of the Elementary School Pass Package, where area elementary children who display their pass receive free admission.

• In addition to a career-high 26 points, Jaron Blossomgame established new personal bests for field goals (8) and three-pointers (3) in the win over Oakland.

• Blossomgame now yields a +8.6 per game improvement in his scoring average over last season, one of the top figures among ACC players.

• With his next assist, point guard Rod Hall will become the 12th player in Clemson history to post at least 750 points and 325 assists in a career.

• Hall is coming off a six-assist, zero-turnover performance vs. Oakland.

• Landry Nnoko produced 17 points in Clemson’s most recent game, his high total since the second game of the season. Nnoko also surpassed the 100-block plateau for his career with two swats in his last game.

• Donte Grantham is the only Tiger with double digit totals for blocks and steals; he is second on the team with 16 blocks and leads Clemson with 14 steals as a true freshman.