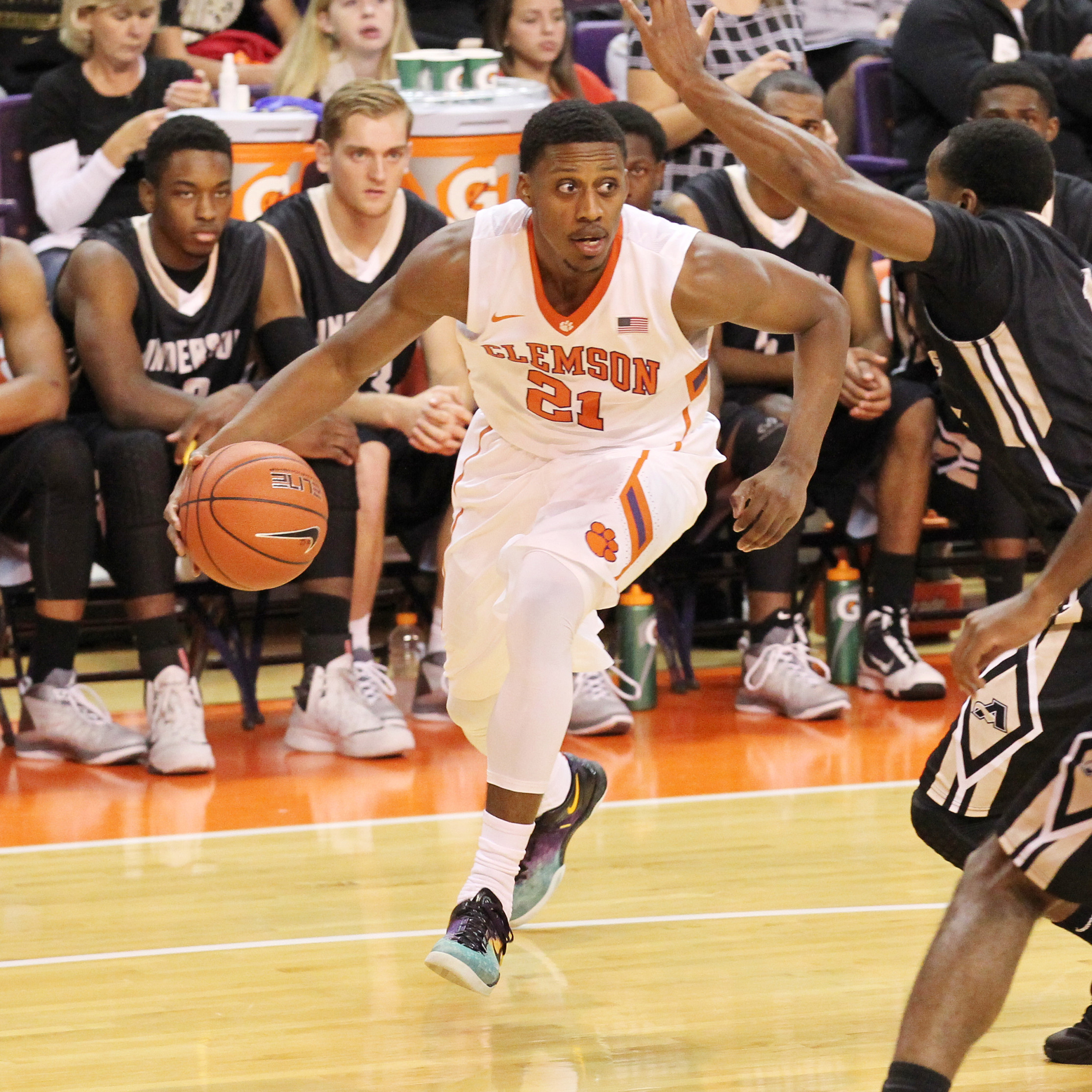 ST. THOMAS — The Tigers surrendered the final five points Friday in a heartbreaking 72-70 defeat to Gardner-Webb in the opening round of the Paradise Jam. Gardner-Webb’s Tyler Strange tied the game with a three-pointer and the Tigers were whistled for a technical foul on the ensuing inbounds pass for calling a timeout they did not have, leading to two free throws that gave the Runnin’ Bulldogs an amazing 72-70 victory.

The loss, Clemson’s second straight to a Big South foe, dropped the Tigers to 1-2 on the season. Gardner-Webb improved to 2-1 with the win. The Tigers overcame an early nine-point deficit and took a 13-point lead at one point, only to see it slip away.

Damarcus Harrison scored a season-high 19 points and was 7-of-11 from the floor, 3-of-5 from three. Rod Hall added 16 points, while Landry Nnoko posted 11. Strange was brilliant for Gardner-Webb, tallying a double-double with 18 points and 10 assists with zero turnovers in 37 minutes.

Hall’s tip-in as the first half buzzer sounded gave the Tigers a two-point lead, which they quickly extended to 43-34 after scoring the first seven out of the locker room. Clemson eventually stretched its lead to as high as 62-49 on a layup by Josh Smith, but Gardner-Webb chipped away at it in the final eight minutes.

The lead shrunk to 63-61 on an Adonis Burbage layup. Clemson extended it back to 68-63 on Harrison’s third three-pointer with 2:18 remaining, but it would be the Tigers’ last field goal. Hall’s two free throws put Clemson up 70-67, but Strange’s pump-fake and long three was swished with 6.6 seconds left to set up the late-game drama.

The Tigers return to action Saturday to face the loser of Nevada and Seton Hall, which followed the first game. Clemson will play at 2:30 p.m. ET. The radio network broadcast will be streamed live on ClemsonTigers.com and Clemson’s mobile app only, due to football broadcast conflicts.